With a replica of his “Love KL” signature displayed behind them, models strutted down the catwalk in a neutral palette of beige, brown, terracotta and dark gray outfits with dabs of green, orange and yellow popping out in the Autumn/Winter 2019 line.

Lagerfeld, who died on Tuesday aged 85 and was best known for his work at French house Chanel, joined Fendi in 1965 and had collaborated with the Rome-based brand since, forming a creative duo with the founding family’s scion Silvia Venturini Fendi.

“The bond between Karl Lagerfeld and Fendi is fashion’s longest love story, one that will continue to touch our lives for years to come,” she said in show notes.

“…When we called just a few days before the show, his only thoughts were on the richness and beauty of the collection. It’s a true testament to his character.”

For Lagerfeld’s last line for the brand, there were double-breasted jackets and coats, shiny patent leather outerwear and slim fitted coats, some with furry trimmings.

Shirts, some in fine leather, had pointy collars and see-through sleeves and were worn with pleated trousers and asymmetric transparent skirts.

Satin and organza tops as well as bodysuits were monogramed, some with a high collar. Lattice work was seen on tops as well pencil skirts. Some shirts and dresses also had pointy pagoda shoulders.

Models’ hair was sleek and wavy at the front, and some wore theirs in a pony tail like Lagerfeld, who was instantly recognizable for his white hair and large sunglasses.

Pointy leather boots came in an array of bright colors. 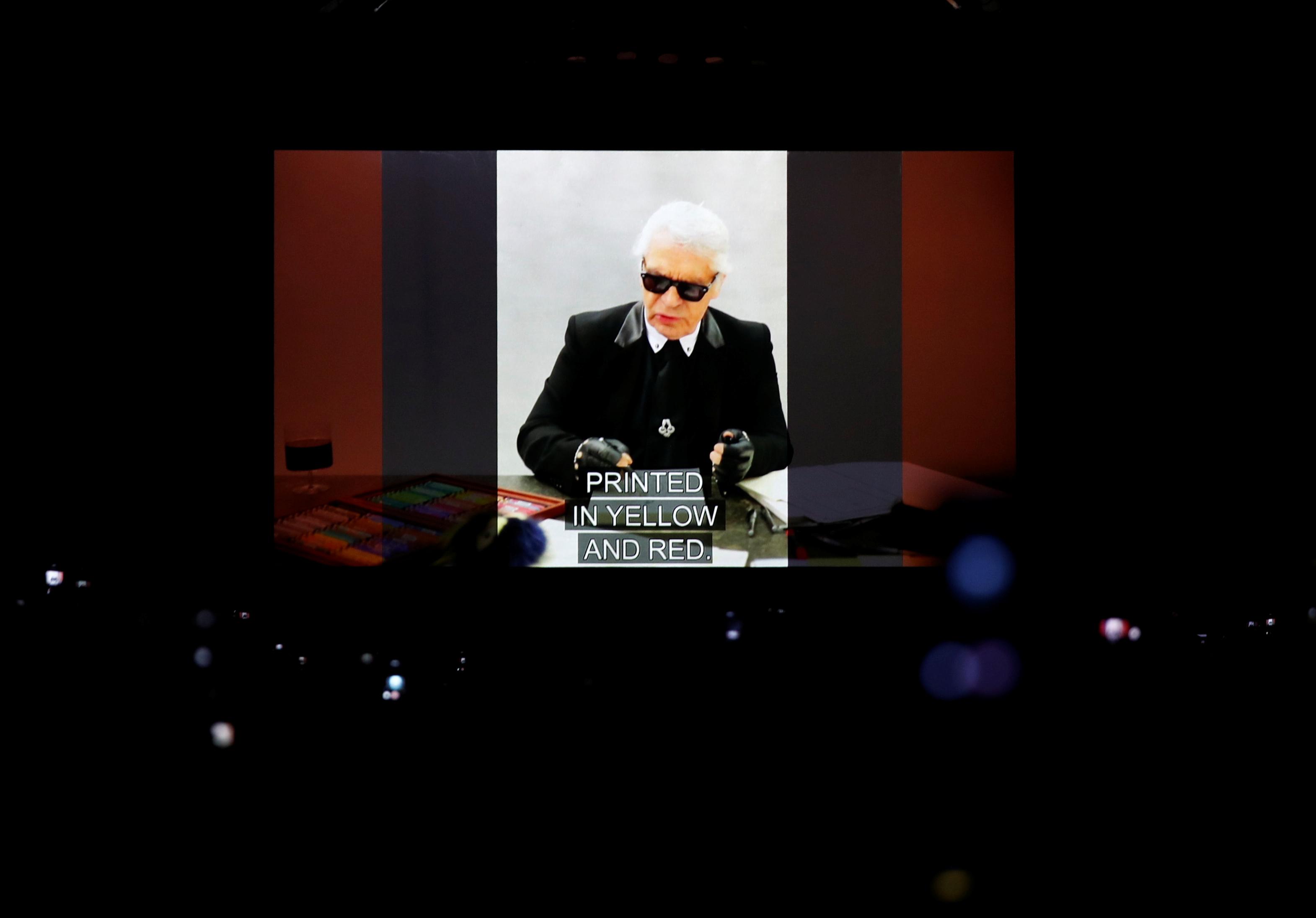 Model sisters Gigi and Bella Hadid closed the show, at the end of which a visibly emotional Venturini Fendi came out for the customary audience greeting.

A short video of Lagerfeld, asked to describe and draw his first day at Fendi more than 50 years ago was then projected.

“It’s very overwhelming today,” blogger Carola Pojer said as she headed into the show. “…But I am very excited to see his last collection.”