Back in the 2000s, before social media’s impact had played out, when it wasn’t yet obligatory for artists to turn their work into a political statement, the trumpeter Christian Scott aTunde Adjuah was already using music to envision change.

He rarely used vocals, but Mr. Scott wrote directly from his experiences growing up in the Upper Ninth Ward of New Orleans, and from his investigations into the history of race in America. His music combined musical legacies and pushed well beyond the standard approaches to contemporary jazz; on songs like “K.K.P.D.” and “Dred Scott,” he was projecting something like a new vision for American society.

So “Ancestral Recall,” Mr. Scott’s bold new album, is only one link in a long chain of ambitious, broad-minded work. And while it may not be his most immediately affecting album (that remains “Yesterday You Said Tomorrow,” from 2010), it offers the kind of slow-burning immersion that most of his recent records have only gestured at.

His main goal when making “Ancestral Recall” was to remind listeners that musical traditions centered on rhythm (African and Native American traditions in particular) have as much nuance and complexity as those built primarily around harmony (read: European). Across the album, Mr. Scott lets rhythms from West Africa and the Caribbean and New Orleans — from the pre-Columbian era, the 19th century and today — lace in and out of one another. 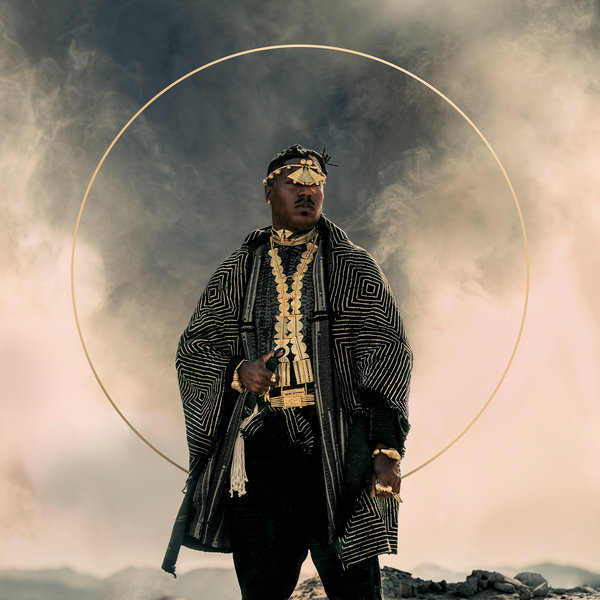 At key moments, the poet Saul Williams interjects with lines of imagistic poetry, wandering from speech to rap to song in a style similar to that of Yasiin Bey (formerly Mos Def). On the title track, he intones:

Up from the water I was drowned.
The bullet exits the body.
The organs seal themselves.
The planes appear out of fire.
The people are praying right there where we left them.

While he is saying this, Mr. Scott surrounds him in beaming trumpet lines — declarative though unresolved — as if heralding the arrival of a new regime.

There have been two major stages of Mr. Scott’s career — among the most high profile in jazz today. From 2007 to ’12, he released three studio records that wriggled smartly away from genre concerns. Thanks in part to their drummers, Marcus Gilmore and Jamire Williams — each of whom had his own way of reconstituting the influence of Tony Williams — the songs on “Anthem,” “Yesterday You Said Tomorrow” and “Christian aTunde Adjuah” tumbled into your ear with the writhing, essential force of a feeling, or a mass of people on the move.

Since 2015 he has placed a new emphasis on patterned, polyrhythmic drumming, using a tightened-up approach and more explicitly melding the sounds of modern hip-hop with ancient, diasporic rhythms. His output of the past five-plus years have been defined by Mr. Scott’s interplay with the flute of Elena Pinderhughes and the latticework drumming of Corey Fonville — both of whom first joined the band on 2015’s “Stretch Music” (a highlight), and who appear on “Ancestral Recall” — as much as by its conceptual aspirations. The new album unifies the winning elements of Mr. Scott’s past work: the historical syncretism, the tensile band energy, the powerful physicality.

The first track, “Her Arrival,” begins with a group of percussionists playing hand drums and a babble of voices rising up. It sounds like a street scene, and it’s an early indication that this will be music of embodiment. You can nearly walk around inside it. Midway through the album, on the graceful “Overcomer,” a slapping drumbeat disappears early in the track and a pastel silence takes over; then a mist of harmonizing voices comes in, with a cajón, an Afro-South American percussion instrument, being pounded below. When Mr. Scott takes a solo, his trumpet starts at a whisper and grows more distorted. Soon he’s alternating between spinning thick twirls of blues, à la Louis Armstrong, and pelting spears like Hugh Masekela.

Mr. Scott is not a collegiate-sounding trumpet player, and he plays with as much deference to New Orleanian and continental African traditions as to bebop. As a result, he plays fewer notes than most jazz trumpeters today, and his projection is more immediately majestic. He is following a path of his own, and so far, it’s still breaking new ground.