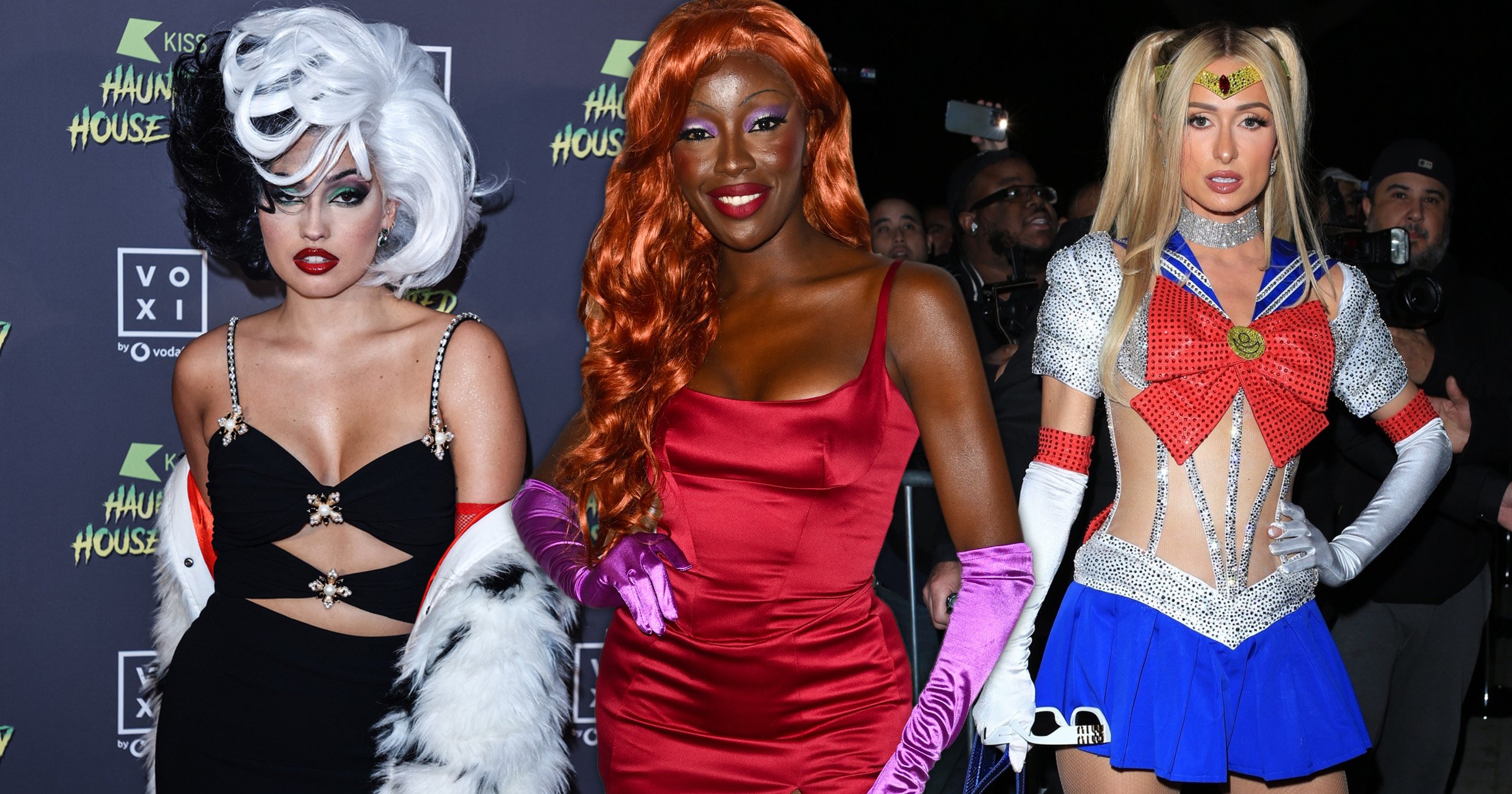 We all like to go all out for Halloween, but celebrities have the time – and money – to take it to the next level.

Each year celebrity bashes see some extravagant costumes, and 2022 is no different, with Julia Fox, Laura Whitmore, Gemma Collins and the newly-reformed N-Dubz among those making this year one to remember.

With huge Halloween parties taking place across the UK and United States, there were some seriously eye-catching costumes at the A-listers gatherings, from Maya Jama as Bad Grandma to AJ Odudu’s Jessica Rabbit.

Across the pond, Uncut Gems star Julia shook up her style as she transformed into Leeloo from French sci-fi classic The Fifth Element.

Her usual brunette locks were hidden under a bright orange wig, while she showed off her toned body in the cut-out white costume made famous by actress Mila Jovovich.

The star looked the part as she strutted across the street in New York City, where she can often be found modeling extravagant outfits no matter the season.

Over in star-studded Los Angeles, Rebel Wilson and Carly Steel allowed themselves to be put in a box just this once, as they dressed up as limited edition Barbie Dolls for the occasion.

Hitting the town for the annual Casamigos party, Rebel looked unreal in an all-pink outfit, save for a black t-shirt with the Barbie logo.

She paired the fit with retro white sunglasses, posing with pursed lips for the cameras.

Daily Show host Trevor Noah opted to poke fun at Hollywood actor and WWE star Dwayne ‘The Rock’ Johnson, as he dressed as the star from an infamous 90s photoshoot.

Complete with a black turtleneck, silver chain and denim jacket, Trevor looked to be in pieces laughing at himself as he arrived at the party in the famous getup.

Elsewhere at the massive party, Cindry Crawdord and Randy Gerber looked as though they’d stepped straight out of the wild west, while rapper Wiz Khalifa showed up dressed as a nun.

He looked very holy indeed as he arrived at the party in sunglasses and a roll-up between his lips, while comedian Keegan Michael Key arrived with his wife in matching doctor’s scrubs – just in case things got out of hand.

Not every celebrity was instantly recognisable at the Casamigos gathering, with Tyga covering up completely with an E.T mask and gloves.

And actor Josh Duhamel poked fun at his and wife Audra Mari’s 20-year age gap in the best way possible.

Closer to home, Jack Whitehall and girlfriend Roxy Horner went in a completely different direction for their costumes, with Roxy looking stunning in a red gown and pink-and-blonde hair, while Jack wore a leather mask and blood-spattered shirt, complete with a rusty baseball bat.

Comedian Leigh Francis looked proud as punch of his outfit, as he dressed as Elliot from ET – and even carried around doll of the extra terrestrial with him.

Former Love Island presenter Laura Whitmore looked stunning in an all-pink cowboy costume, and matched her outfit with a pal as the pair gripped hands walking down the street.

Elsewhere in London, the Kiss Haunted House party opened its doors to some of Britain’s biggest celebrities, many of them going all-out for the spookiest day of the year.

And Junior Andre, son of Peter Andre and Katie Price, enjoyed his first Halloween as a budding musician as he appeared unrecognisable in heavy black-and-white makeup.

YouTuber KSI was raring to go as he appeared full of energy and dressed to the nines, giving a grin to the camera in his purple-and-blue costume.

And Anne-Marie had a totally killer look, dressed like a maid with bloody handprints on her apron.

The reformation of N-Dubz this year already had fans going wild for their massively-anticipated reunion tour, and we were given a taste of the trio last night as Dppy, Fazer and Tulisa arrived at the arena dressed as Mortal Kombat characters.

Maya herself stole the show as she dressed as a Bad Grandma, complete with a walking stick and little purse, as she danced the night away.

The star looked well for her age as she was spotted downing drinks and partying with pals and fellow celebs, including AJ Odudu, who looked incredible as Who Framed Roger Rabbit character Jessica Rabbit.

Love Island’s Dami Hope and Indiyah Polak also attended the party as Chucky and his bride, with Dami sporting red-dyed hair and Indiyah going for a short blonde bob.

Guests at Maya’s bash – including comedian Munya Chawama, who revved up to the event in a cardboard Bugatti with a number plate reading ‘MI5OGYNI5T’ – were treated to free McDonalds and cocktails throughout the event.

The drinks, each featuring Bacardi, were given names boasting puns both around Halloween and Maya herself, including  ‘Magical Maya’, ‘Pina Ghoulada’, ‘Cling Cling Witch’, ‘It’s A Bat Thing’ and ‘Jama Jinx’.

The host also had performers from her ‘favourite London nightclub’ The Box at the event.

Other guests were spotted dressed up as Neo from The Matrix, The Nutty Professor and Princess Leia.