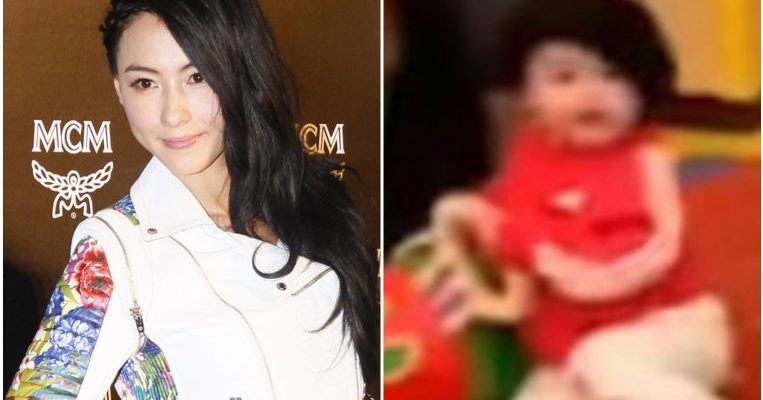 Cecilia Cheung has never posted photographs of her third son, Marcus, who was born in November 2018.

Cheung has taken great pains to stay secretive though she is fond of sharing photographs and videos of her family moments, including holidays in Singapore.

But as Marcus approaches his first birthday, Cheung, 39, could be thinking that it does not make sense to hide Marcus at home and not take him along for outings with brothers Lucas, 12, and Quintus, nine.

The older kids are from her marriage with actor Nicholas Tse whom she divorced in 2012.

It is also harder to cover up Marcus to avoid prying eyes, since he is no longer a baby.

She could do this in June when paparazzi first took photos of him, covered up in a baby carrier, when Cheung turned up at her sons’ school, accompanied by her younger brother Ronnie.

On Sunday (Oct 6), Cheung finally decided to end the speculation over how Marcus looks like.

In an Instagram video which shows Quintus playing in an arcade, Marcus makes a brief appearance at the end.

The smiling tot, wearing a red jacket and cap, has chubby cheeks.

According to the on.cc portal, the doting mother took her three sons to Tokyo to celebrate Marcus’ upcoming milestone.

On Instagram, she said it is fortunate that his birthday is in November when his brothers have a break from school.

“He’s going to be one, the year has gone by so fast,” she wrote, adding that seeing him happy every day brings a rush of joy and gratitude to her as a parent.

While folk can now get a glimpse of Marcus, they are still in the dark over who the father is.

Possible candidates mentioned include director Stephen Chow, a Chinese magnate, a Singaporean F&B tycoon and even Tse, though the latter has rubbished such talk.

There was even a rumour that Cheung had taken Marcus to Singapore to let the tycoon see the child.