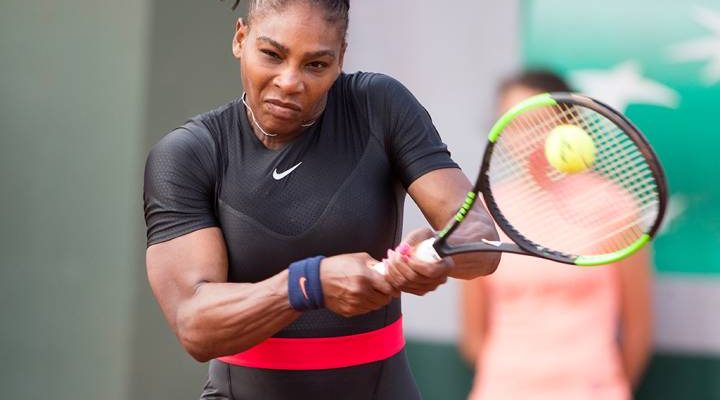 Last week, the Women’s Tennis Association clarified its stance on dress code policies, stating that players can wear leggings and compression shorts without a skirt.

“Though the WTA had no rule explicitly prohibiting a player from wearing leggings without a skirt, the Board of Directors approved language making the Tour’s position regarding such attire explicitly clear: Leggings and mid-thigh-length compression shorts may be worn with or without a skirt, shorts, or dress,” the WTA wrote on its website.

While the association didn’t specifically refer to 37-year-old Williams, it included a photograph of her playing tennis above the policy.

In May, Williams wore a black bodysuit at the French Open, where she pulled out with an injury before the fourth round. Williams said she wore the compression suit because of a history of blood clots, including after childbirth.

Williams said the sleek Nike catsuit made her feel like a “warrior princess.”

Catsuit anyone? For all the moms out there who had a tough recovery from pregnancy—here you go. If I can do it, so can you. Love you all!!

In August, the president of the French Tennis Federation said Williams could no longer wear the black bodysuit at the French Open.

“It will no longer be accepted. One must respect the game and the place,” president Bernard Giudicelli said.

The WTA also made other changes to its policies, including an updated special ranking rule which is intended to ensure players are not penalized after they return from pregnancy or an injury that causes a long absence.

The association said players may use a special ranking for up to three years after the birth of a child, and the exemption can be used for seedings at big events.

Players who return from an injury that keeps them out of competition for a year or longer may use a special ranking in 12 tournaments. No player will be bumped from her earned seeded position.

“These changes,” said WTA CEO and chairman Steve Simon, “are designed to fully support players in their return to competition, while maintaining the highest standards of athletic competition and fairness.”

The changes were prompted, in part, by the experiences of former No. 1 players Serena Williams and Victoria Azarenka, both of whom returned to competition after giving birth.