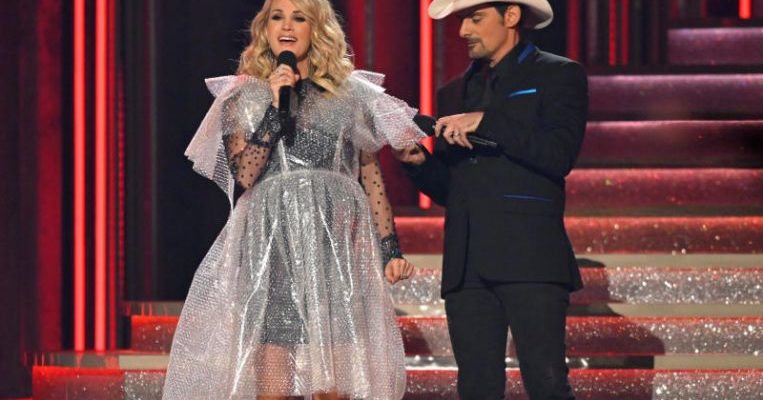 NASHVILLE (Reuters) – Chris Stapleton was the big winner but Carrie Underwood and her unborn baby stole the limelight at the Country Music Association (CMA) awards on Wednesday (Nov 14).

A heavily pregnant Underwood chose the live televised show in Nashville to reveal for the first time that the second child she is expecting is a boy.

Underwood, who co-hosted the show with singer Brad Paisley, won female vocalist of the year and brought the house down with an emotional performance of her single Love Wins.

Stapleton won three awards – male vocalist of the year as well as single and song of the year for Broken Halos.

But in a surprise result, he lost the night’s biggest prize – entertainer of the year – to Keith Urban.

Garth Brooks opened the show with a minute of silence for the 12 people shot dead last week at a bar in Southern California that was popular for country line dancing.

No women were among the five nominees this year for entertainer of the year.

“2018 has been a huge year for men in country music,”quipped Paisley as he opened the three-hour show with Underwood.