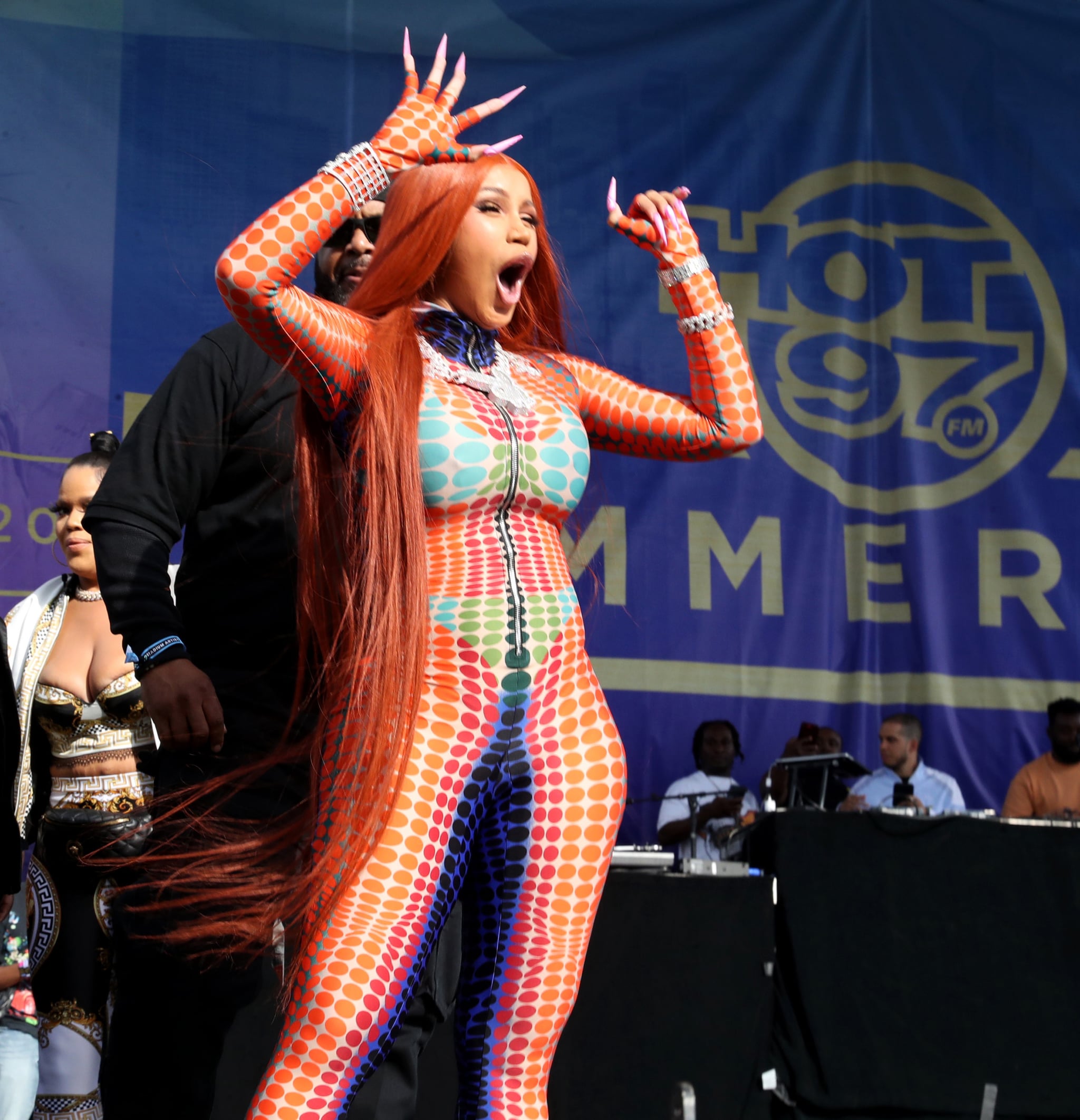 The time has finally come: Cardi B is back releasing new music. For the first time in over a year, the “Up” rapper is releasing a new solo single titled “Hot Sh*t,” set to release this Friday. “My new single ‘Hot Sh*t’ available everywhere THIS FRIDAY 7/1 🚨🚨,” Cardi B announced via Instagram on Sunday.

She teased the news of the Tay Keith-produced song alongside a cinematic visual of her overlooking New York City in a superhero-style outfit; the words “Coming soon, Cardi B, July 1” ran across the screen in neon orange letters. Cardi B’s announcement also teased that she has “another surprise” for her fans that she plans to share on Monday at 8pm.

“Hot Sh*t” will arrive ahead of Cardi B’s long-awaited follow-up to her Grammy-winning debut, “Invasion of Privacy.” The forthcoming sophomore album will be the rap star’s first album release in over four years.

In an April 2021 XXL interview, Cardi B opened up about the process of recording her new album. “I feel like at this point, it’s like a timeline that I created,” she told the outlet of the album’s release schedule. “Because last year, I was like, I gotta put out my album this year. But, then I just stopped working on my album out of nowhere because I feel like the whole COVID thing discouraged me to put out my album.”

Over the last year, Cardi B has welcomed her son, Wave Set Cephus, and hopped on two singles — Kay Flock’s drill anthem “Shake It” and Summer Walker and SZA’s “No Love” remix. Now, fans can’t wait to hear what she has up her sleeve for her own catalog.