When the medical journal The Lancet asked Matthieu Zellweger to photograph any psychiatric condition that intrigued him, he thought of a close friend who has been living with bipolar disorder. He knew how his friend lamented that it was an “invisible handicap” that you couldn’t just snap out of, as some well-meaning but frustrated people would suggest.

But Mr. Zellweger also recognized something in his friend that led him to propose a photo essay on bipolar disorder.

“I’ve been around him quite a bit,” Mr. Zellweger said. “And the one thing that definitely surprised me is that — let’s face it — very intelligent people are overrepresented among bipolar people. A lot of them are very lucid about their disease. They have thought about how it impacts their lives. It was very stimulating to talk with them.” 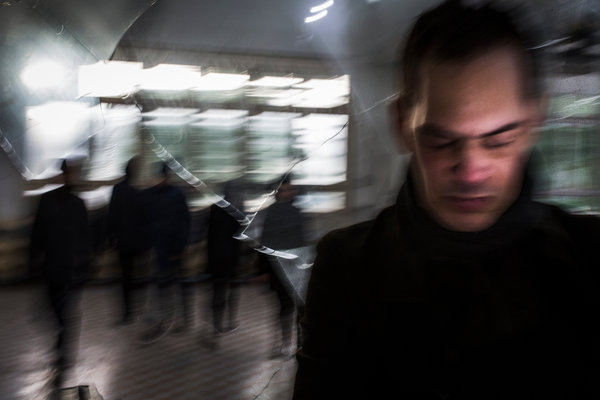 Mr. Zellweger spent 18 months in Switzerland, where he lives, and in Britain, photographing people with bipolar disorder, as well as their relatives or lovers who accompanied them, as they struggle with manic highs and depressive lows. He sought out subjects through patient advocacy groups and treatment centers who were open to sharing their experiences.

“There are so many misconceptions about the disorder that a lot of the patients were happy to dispel that,” he said. “There is such a general stigma around mental disorders. One of the patients told me that when she told her friend about being bipolar, her friend said, ‘Oh, are you going to run after me with an ax?’ People think bipolar patients are uncontrollable or dangerous. But the only aggressive behavior I saw was people being aggressive against themselves.”

The people he photographed offered a range of insights into the disorder and how they cope with it, sometimes in ways that were counterintuitive. One said she felt her manic episodes were almost like “an ecstatic state,” while another said they could see signals or hear hidden meanings only she could decipher.

Others reflected on the very nature of existence, wondering who was the person between the highs and lows. One woman said “she feels double,” Mr. Zellweger said. “A light double and a dark one. She can’t quite disentangle which is her.”

But he also found moments of tenderness, as with one couple in which the wife is bipolar. “It’s a powerful love story where they have spent a lifetime together,” Mr. Zellweger said. “He knows she can be super creative in her manic phase. He did tell me that those moments when she lost track of reality was actually fodder for further conversation. When she would come down, they would discuss it and what facets of her brain she explored.”

Mr. Zellweger has deftly tackled sensitive issues before, including a project on stillbirth. His advice and motivation are simple. “Deep down, I have an interest in the lives of these people,” he said. “There is no recipe; the way to approach this subject is to be sincere about it, not judgmental. Part of why I like to shoot these pieces is a lot of these topics are hidden, underreported on or bordering on the taboo. But these are stories that need to be seen and need to be told.”