Caitlyn Jenner is officially throwing her name into the hat: The former Olympic decathlete is running for governor of California.

“California has been my home for nearly 50 years. I came here because I knew that anyone, regardless of their background or station in life, could turn their dreams into reality,” reads a statement from Jenner on her campaign site, launched on Friday morning. “But for the past decade, we have seen the glimmer of the Golden State reduced by one-party rule that places politics over progress and special interests over people. Sacramento needs an honest leader with a clear vision.”

The 71-year-old is reportedly running with a team of “prominent GOP operatives including Tony Fabrizio, the top pollster on Donald Trump’s 2016 and 2020 campaigns, and Steven Cheung, a former Trump White House and campaign communications hand who worked on Arnold Schwarzenegger’s successful 2003 recall campaign,” according to Axios.

“This is Gavin Newsom’s California, where he orders us to stay home but goes out to dinner with his lobbyist friends,” she said.

She also emphasized in the release that as a “compassionate disruptor throughout my life” and “a proven winner,” she believes she’s “the only outsider who can put an end” to Newsom’s “disastrous time as governor.”

Jenner did not immediately respond to HuffPost’s request for further comment. 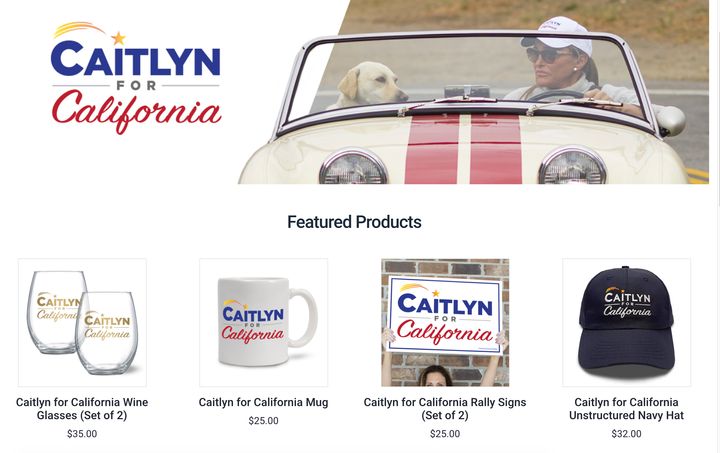 Rumors swirled for weeks that the longtime Republican would attempt a run for governor.

Assuming a recall election happens later this year, which The Associated Press says is “likely,” Jenner would be potentially listed as an option for voters answering two questions: Whether Newsom should be removed from office and, if more than 50% vote in favor of removing him, who should replace him.

Politically, Jenner has been a contentious figure over the years — from her on-and-off again support for former President Donald Trump to her “problematic” relationship with the transgender community as a trans woman, she’s had no shortage of headlines.

Last year, Jenner told People that she’s “changed my thinking in a lot of ways” in recent years. She now identifies as “economically conservative, socially progressive” and believes “we need equality for all, regardless of who’s in the White House.”

“I love my community. I truly want to help,” she said at the time. “This is my journey. Yes, it is different than other trans people. I get it,” she says. “But the bottom line is this: When I wake up in the morning, I’m happy with myself.”