Athletes who have endured the most grueling tests have a lot to tell us about how to thrive in the pandemic. 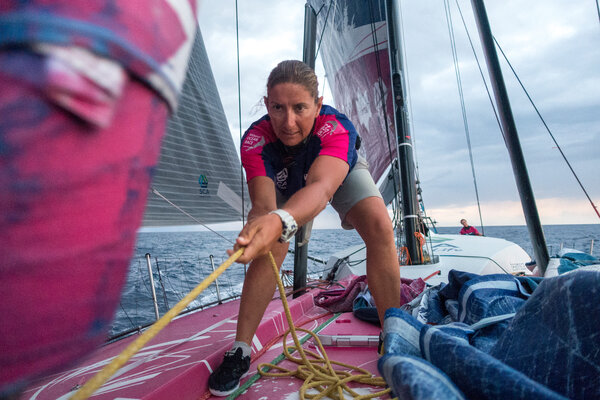 There’s a special kind of exhaustion that the world’s best endurance athletes embrace. Some call it masochistic, others may call it brave. When fatigue sends legs and lungs to their limits, they are able to push through to a gear beyond their pain threshold. These athletes approach fatigue not with fear but as a challenge, an opportunity.

It’s a quality that allows an ultramarathoner to endure what could be an unexpected rough segment of an 100-mile race, or a sailor to push ahead when she’s in the middle of the ocean, racing through hurricane winds alone.

The drive to persevere is something some are born with, but it’s also a muscle everyone can learn to flex. In a way, everyone has become an endurance athlete of sorts during this pandemic, running a race with no finish line that tests the limits of their exhaustion.

Some of the world’s best extreme athletes shared what they do when they think they’ve reached their last straw. How do they not only endure, but thrive in daily challenges?

One message they all had: You are stronger than you think you are, and everyone is able to adapt in ways they didn’t think possible. But there are a few techniques to help you along — 100-mile race not required.

Training to become an elite endurance athlete means learning to embrace discomfort. Instead of hiding from pain, athletes must learn to work with it. A lot of that comes down to pacing, the sports psychologist Carla Meijen said.

Similarly, as you muscle through an ongoing pandemic, you must look for ways to make peace with unknowns and new, uncomfortable realities. “When we think about the coronavirus, we are in it for the long run; so how do you pace yourself?” asked Dr. Meijen, a senior lecturer at St Mary’s University in London.

She recommends thinking about your routines, practicing positive self-talk and focusing on processes instead of outcomes. You don’t know when the pandemic will end, but you can take control of your daily habits, Dr. Meijen said.

Conrad Anker knows something about that. The celebrated 57-year-old mountaineer, who has, among other things, ascended Meru Peak’s Shark’s Fin route in India, summited Mount Everest three times — once without supplemental oxygen — and survived a heart attack while climbing in the Himalayas, advised people to “always have a little in reserve.”

Deplete your resources early and you’ll be in trouble. Focusing on day-to-day activities will pay off in the long run. If you burn out all your mental energy in one day or week, you may find it more difficult to adapt when things don’t return to normal as quickly as you would hope. There’s a pacing in living day to day, just as there’s pacing in climbing.

“When you get to the summit and you use every single iota of energy and calories to get to the summit, and you don’t have the strength to get down, then you’re setting yourself up for an accident or for something to go wrong,” Mr. Anker said. “Don’t play all your cards at once and keep a little something in reserve.”

Sports psychologists frequently recommend creating mini milestones en route to a big goal. There are many steps on the path from base camp to a mountain’s summit. Likewise, there are smaller, more achievable milestones to reach and celebrate as you venture ahead into the unknown.

The professional ultrarunner Coree Woltering is especially skilled at conquering mini goals. The long-distance runner has stood on the podium after races from 50 kilometers to 100 miles. This summer, he set his sights on breaking the running record on the Ice Age Trail: some 1,147 miles across Wisconsin. He ran more than 50 miles a day for three weeks in a row to accomplish the feat.

“I’m really good at breaking things down into small increments and setting micro-goals,” he said. How micro? 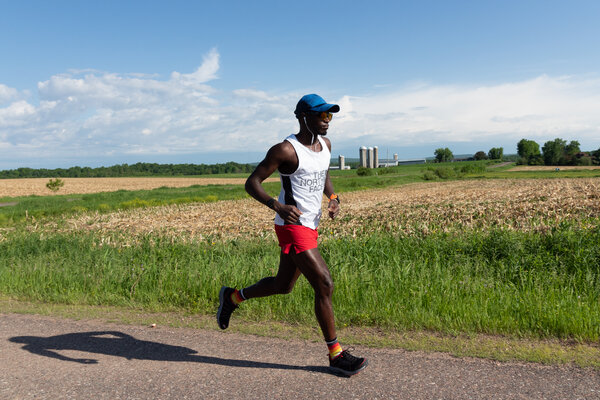 “I break things down to 10 seconds at a time,” Mr. Woltering continued. “You just have to be present in what you are doing and you have to know that it may not be the most fun — or super painful — now, but that could change in 10 seconds down the road.”

And it may not change quickly. Mr. Woltering said he has spent six-hour stretches counting to 10 over and over again. “You just keep moving and keep counting,” he said. “And you have to have faith that it will change at some point.”

When the lockdown began, Mr. Anker had already planned a month at home without travel. As that dragged into a much longer period, he turned to some of what he had learned in the mountains to stay present and focused on the task at hand.

“Part of expedition life is having a routine that you’re comfortable with. When I’m on expedition, I always start the day with a basin of warm water and soap. I wash my hands, face, neck and ears and get the sand out of my eyes,” he said. “It’s something that’s repeated that gets you a sense of comfort and normalcy.”

During the pandemic, he has found comfort and normalcy by getting outdoors, and climbing whenever possible to “run the engine.”

Dee Caffari, a British sailor and the first woman to sail solo, nonstop, around the world in both directions, said structure is imperative to fight back loneliness and monotony. On the sea, Ms. Caffari would base her structure around a twice-daily weather report, and all decisions would follow from there. She’s taking the same approach during the pandemic in her home on the South Coast of England, replacing weather forecasts with outdoor activities.

“In your day you need structure,” Ms. Caffari said. “You need to get up in the morning knowing you’re going to make something happen.”

Focus on Something New

When all else fails, look to something new: a new hobby, a new goal, a new experience. During a particularly hard patch of a competition, some athletes say they focus on a different sense, one that perhaps is not at the forefront of their mind when the pain sets in. A runner could note the smells around her and a climber could note the way his hair is blowing in the wind. When athletes are injured, sports psychologists and coaches frequently encourage them to find a new activity to engage their mind and body. The key is to adapt, adapt and then adapt again.

“We all want mental toughness, it’s an important part of dealing with difficult things,” Michael Gervais, a psychologist who specializes in high performance and the host of the “Finding Mastery” podcast, said. “The current definition of mental toughness is the ability to pivot and to be nimble and flexible.”

Ms. Caffari, the global sailor, has shifted to spending a lot of time in her garden, something she did not have as much time for when she was traveling for much of the year. “The neighbors are quite happy with that,” she said with a laugh.

Mr. Anker has put his extra energy into calligraphy. “Yesterday I transcribed quotes from John Lewis and I find that satisfying,” he said.

When his favorite trails were closed because of lockdowns, Mr. Woltering decided to run every street of his hometown, Ottawa, Ill. It was some 200 miles.

“The next moment is always completely uncertain, and it’s always been that way,” Dr. Gervais said. But adapting, adjusting expectations and discovering new goals or hobbies can allow you to continue to build the muscle that is mental toughness.