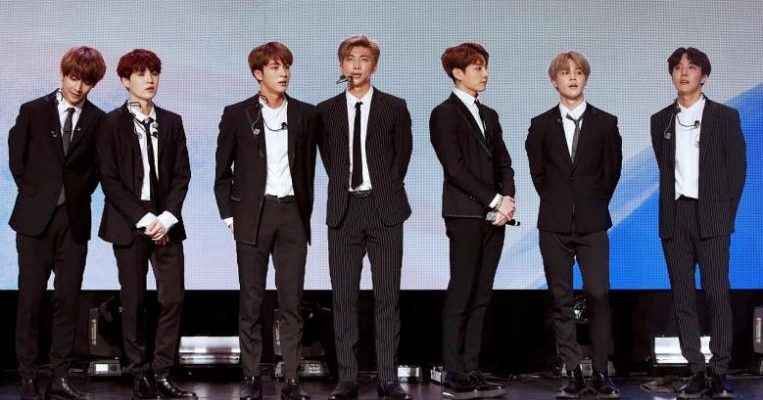 SINGAPORE (THE NEW PAPER) – Local fans of Korean boy band BTS said they were pleasantly surprised by the apology issued in the wake of a row over controversial fashion choices by the influential pop group.

The septet’s management, Big Hit Entertainment, took responsibility and distanced the band from the controversies in a 1,000-word statement released on Tuesday (Nov 13).

The hugely popular band, whose concert at the National Stadium here next year sold out in under four hours, became embroiled in an international kerfuffle between Japan and South Korea after band member Jimin was pictured wearing a T-shirt with an image of an atomic bomb explosion.

Adding fuel to fire, a photograph reportedly shot in 2014 for a magazine also surfaced, showing another band member wearing a hat with a Nazi logo.

A Singaporean BTS fan, who wanted to be known only as Angie, said she thought Big Hit handled the issues thoroughly and gracefully.

The 25-year-old, who works in the media industry, told The New Paper: “It is impressive because the K-pop industry is sometimes still prone to cultural insensitivities, or some simply choose to remain silent, maybe in fear of exacerbating the situation.”

She said it was regretful that BTS became tangled up with politics as the band had been making an effort to be more careful after some missteps during their debut year in 2013, like how the band members consulted with experts after their lyrics were accused of being misogynistic.

Another 23-year-old fan, who declined to be named, said she did not see a problem with supporting the band as long as fans are aware of these controversies and understand why they can be problematic. She said: “As long as you don’t put them on a pedestal, it is fine.”

In its apology, Big Hit, which also manages singer Lee Hyun, said the incidents were unintentional as the T-shirt commemorating Korea’s liberation from Japanese rule at the end of World War II had not been designed to injure or make light of atomic bomb victims.

The hat with the Nazi symbol was provided by the magazine conducting the 2014 photo shoot, Big Hit said.

“Nevertheless, Big Hit bears all responsibilities for not providing the necessary and careful support to our artist that may have prevented these issues,” the company said.

It will review all its activities based on “a firm understanding of diverse social, historical and cultural considerations”.

It also contacted Japanese and Korean atomic bomb victim associations, as well as the Simon Wiesenthal Centre, to apologise. The latter had issued a harshly worded statement denouncing the band.

Nanyang Technological University Assistant Professor Liew Kai Khiun, who researches Asian pop culture, said it is inevitable for K-pop to be entangled with political controversies given its “globalising popularity”.

BTS graced the October cover of Time magazine and spoke at the United Nations General Assembly in September.

Prof Liew said this storm is likely to blow over, as K-pop fandoms are often focused more on the personal, rather than political, appeal of their idols.

Clinical psychologist Carol Balhetchet said celebrities have an immense responsibility, given how impressionable the young people who idolise them are. She said: “They are a walking role model.”