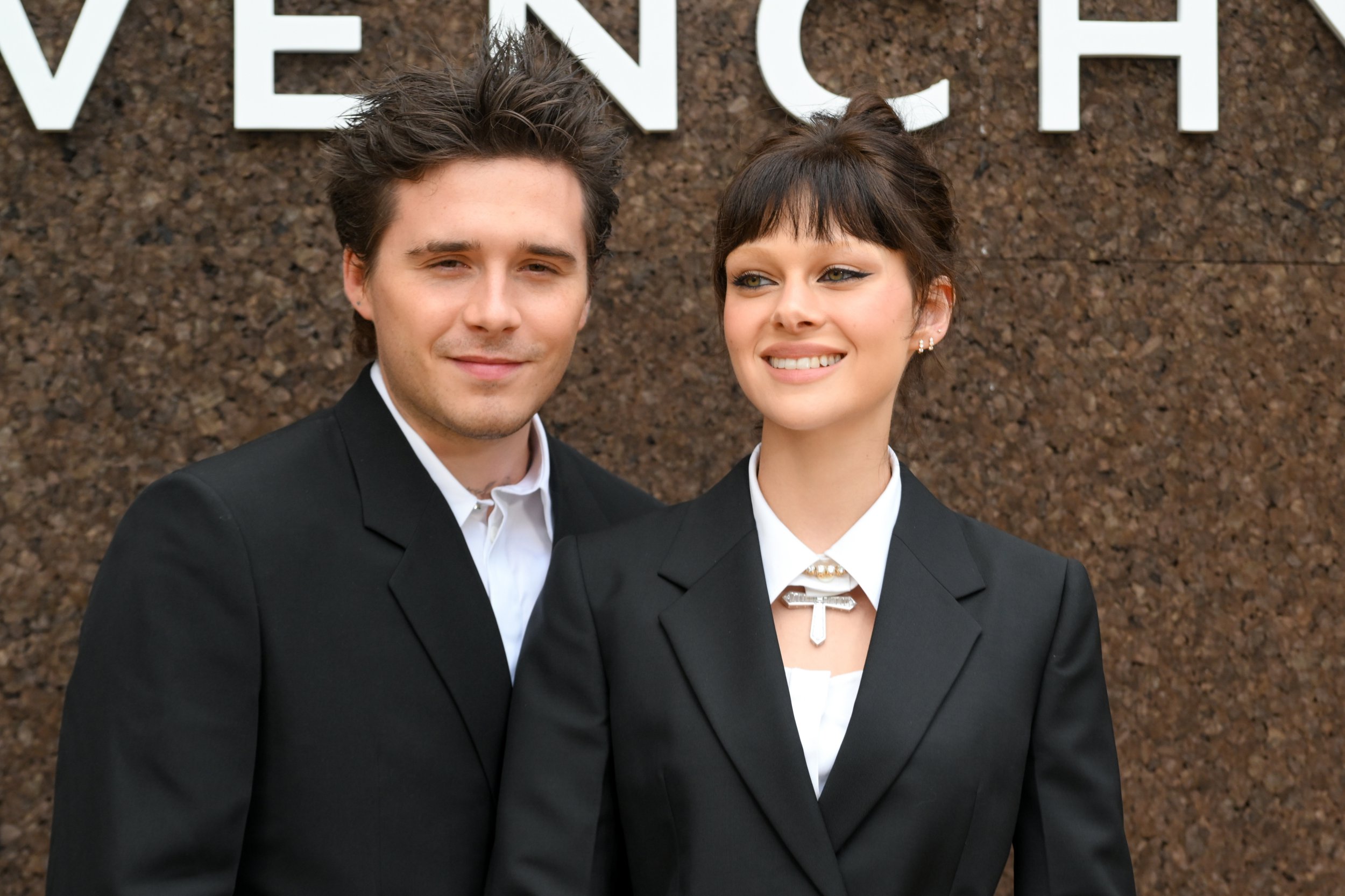 Brooklyn Beckham has never been shy about expressing his love for his wife Nicola Peltz, and now he’s very eager to take their marriage to the next step.

The aspiring chef – who is the son of David and Victoria Beckham – says he’s ‘always wanted’ to be a young father and dreams of having ‘a bunch’ of kids.

But, he know he needs to wait until his other half is ready to start a family.

‘I could have had kids yesterday. Obviously, it’s my wife’s body, but I’ve always wanted to have a bunch of kids around. That’s something I really want to do,’ the former photographer said.

Until then, Brooklyn is more than happy with his chilled life at home with his wife, as he loves nothing more than quiet nights at home with Nicola, whom he married in April, and their pet dogs.

Speaking to People magazine’s upcoming 2022 Sexiest Man Alive issue – in which he appears as part of a portfolio of famous sons – he said: ‘Her family lives in Florida and mine in the UK, but we have our own life out here in LA and it’s really, really lovely. Just having each other’s company, it’s the best.’

As for his culinary skills, he’s ‘really into’ making his own fresh pasta right now, and praised actress Nicola for ‘relaxing’ him when they’re cuddled up watching their fave reality show.

‘The big thing that relaxes me is when we just lay in bed with our dogs and watch Love Island. We love it!’

Speaking of his famous family, over the years, Brooklyn has learned a lot from his retired soccer star father, hailing him a ‘very hard worker.’

As well as teaching Brooklyn to have a good work ethic, the former Manchester United star also inspires him ‘to be nice to absolutely everyone.’

He’s a big admirer of David’s style, too, although despite thinking it’s ‘cool,’ he wants to forge his own fashion path.

Brooklyn added to the outlet: ‘I always used to steal his clothes. But once I was done stealing them, I wanted to come up with my own style.

‘Baggy jeans, a tee shirt and some Vans or something like that. Very skater, early 2000s for sure.’

Brooklyn and Nicola recently celebrated their third anniversary together, sharing a slew of intimate pics to Instagram with a gushy caption.

Writing alongside the photos, an emotional Brooklyn wrote: ‘Can’t believe it’s been 3 years, I feel like I have known you my whole life.

‘Happy anniversary to my other half, my best friend and to my gorgeous wife x could not live this life without you.’