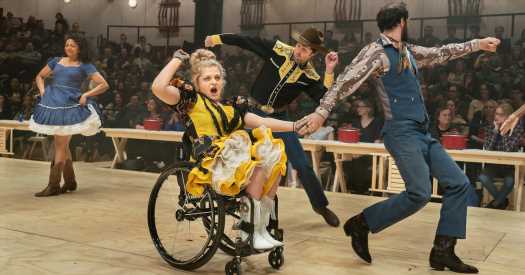 When the Tony Award nominations were announced Tuesday morning, Heidi Schreck was in bed with her husband refreshing Twitter. Ali Stroker was with her husband as well, on the couch watching the broadcast on TV. Jeremy Pope was dancing with his mother. Then their days changed with the news that they were up for some of the top honors in Broadway theater. Here are edited excerpts from interviews with them and other nominees after they found out.

In Daniel Fish’s revival of “Oklahoma!,” a revelatory production of the Rodgers and Hammerstein musical that received eight nominations, Ali Stroker plays Ado Annie with a smile and an insatiable appetite for life and love (or at least lust). She joyously darts and dances across the stage, and belts into a microphone as if she were at a karaoke bar. Even in the gloom of this staging, her exuberance is infectious — enough, it appears, to lasso a nod for best featured actress in a musical. She may well be the first actor who uses a wheelchair to ever be up for a Tony. JOSHUA BARONE

How are you feeling right now?

Amazing. I can feel my younger self so thrilled, and I feel so proud of this show and my work. And to be nominated with Mary Testa, who is such a mentor! Any questions I have, they go to Mary. She’s one of those Broadway legends; it’s just so special to work with her and be her friend.

How did you arrive at your Ado Annie?

When I first got to working on this production, it was so different from anything I had worked on before. When we first started rehearsing, we were just sitting, reading the script and hearing the words. I obviously grew up knowing “Oklahoma!” and doing it in college. But getting to look at Ado Annie in this new light, in a more modern take of a show — she’s so often judged, and I’ve worked hard not to judge her. Just listen to her anthem: She’s so hungry for life.

What message do you think your nomination sends?

It’s such a physical role, and my physical world is so specific to me. It’s so cool to share that with an audience every night. Being onstage, you’re given permission for people to really look at you and see how you move, how you express yourself. In so many ways, it’s empowering. It makes me feel really powerful to choose to put myself out there, to be the storyteller.

This show exists for people to see things different. And to be able to do this role — and to be an actress in a wheelchair — it feels like I have arrived. 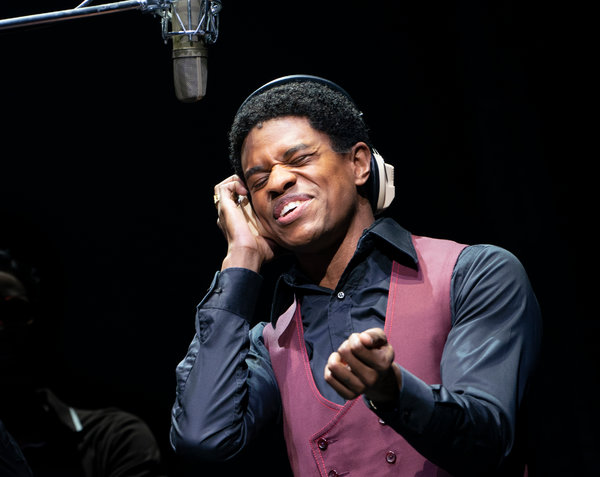 The tireless Jeremy Pope has had a virtually unfathomable debut season on Broadway. He starred in Tarell Alvin McCraney’s “Choir Boy” and, with no break and even some overlap in rehearsals, jumped immediately into the musical “Ain’t Too Proud: The Life and Times of the Temptations.” And, as an emerging actor in his mid-20s, he has managed to receive Tony nominations for both shows: a nod for best leading actor in a play, and for best featured actor in a musical. JOSHUA BARONE

Where were you when you found out?

My mom came to town, and we were like, We’re just going to have breakfast and do our own thing. She’s been wanting to learn the Beyoncé “Before I Let Go” challenge, so I began helping her with that as we were watching the countdown for the nominations. We were out of breath, and of course best actor is the first category. I cried, and we FaceTimed my dad. I have two group texts going on — with my “Choir Boy” family and “Ain’t Too Proud.” Everyone’s going crazy.

But what did your mother do?

She was shocked and crying with me! I think as a mother you have to do this thing where you have to be O.K. with whatever happens. And she led me in prayer. But I felt this release for her as well.

The playwrights you worked with on these shows — Tarell Alvin McCraney and Dominique Morisseau — were also nominated. How does it feel to see these typically Off Broadway writers getting Tony recognition?

They’re like big bro and big sis to me, because they’re such giants. It’s always been about the work, but it is their Broadway debuts as well. And people are seeing them for the giants that they are. I feel like we’ve already won. Let it be a marker that we can tell these stories and dream the unimaginable.

Do you think this also signals something for black artists and audiences?

People are embracing these shows with love. And it’s a narrative they don’t always see, even if they don’t know why. Nothing is watered down about them: We are black, and we are unapologetically black. Hopefully the moneymakers see that these stories matter, how important they are. Take us for all that we are.

[What our critics think of the nominations.]

Caitlin Kinnunen is nominated for her work in “The Prom.” She plays Emma, a gay teenager confronting homophobia in her hometown with the unwelcome assistance of some attention-seeking New York actors. This is her first Tony nomination, in a category that includes Broadway titans like Beth Leavel, one of her co-stars, and Kelli O’Hara. ELIZABETH A. HARRIS

Where were you when you found out?

I’m at a hotel in Times Square. I decided to treat myself to a little staycation, because I just wanted to be in my own space and be able to process my feelings without roommates.

What did you do by yourself when you found out?

You’re a young woman, you’ve probably changed a lot since you were first cast.

Truly, my life has changed drastically in the last four and a half years. I feel like I’ve learned so much from this show and having this show be a part of my life for so long. Playing Emma has taught me so much about myself and about my own strength and my courage and my passions in general.

You’re in a category with some serious Broadway heavyweights. How does that feel?

It’s crazy! It’s full-circle and so cool because I’m nominated alongside Beth, and to be able to do the show with her every night is just incredible, and the fact that we’re both here and we’re both a part of this is special. And then also Kelli O’Hara, I played her daughter in the “Bridges of Madison County.” Now to be nominated alongside her, it’s like, wait, what? What is happening!

Emma is a lesbian character. Is there anything that strikes you about her in this moment?

She is unapologetically herself. She’s not afraid to stand up for what she believes in, and I think that’s really important in this world. I think her using her voice is incredible, and I feel like we all need to do that. We all need to use our voice for good and speak up for those who can’t use their voices. And I love that I get to portray that.

[The snubs and surprises of this year’s nominations.]

With “What the Constitution Means to Me,” Heidi Schreck is making her Broadway debut — as both a playwright and an actress. She has been nominated for a Tony on both fronts, as the star and creator of this play that cleverly blends intimate history and civic engagement. JOSHUA BARONE

So here you are.

I will be frank: I’m in shock. It’s my Broadway debut, and this started downtown. It’s not the trajectory I expected.

This is personal, in a way. How does it feel to have found recognition with a work that’s so much about you?

I’m actually very moved that what began as such a personal kind of grappling with my own family history and the history of this country has evolved to reach so many people. And they have shared their own stories and their own feelings. I’ve found tremendous community.

How has your family responded to the show?

Most of them have come to see it. My mom has seen it several times. It’s been terrific for our relationship — in terms of candor, talking about things that happened in our family history with more openness.

Is this how you expected to make your Broadway debut?

No. I’ve been writing plays for years and acting in plays for years. This is the first time I’ve decided to appear in something of my own. And I certainly didn’t expect that a play this personal would be something that has such commercial appeal.

What do you think it means that your play is viable on Broadway?

We are in a moment in our culture when people are ready to have these larger conversations about gender and race in a public forum. I don’t know that five years ago, people would have been as ready for this. But the #MeToo movement has brought all of these conversations into the open. And I’m building on the work of artists like Anna Deavere Smith and Holly Hughes.

You’ve been nominated before. What’s the impact of a Tony nomination?

A Tony nomination is amazing and validating and wonderful, but it’s also one of those nice insurance policies that mean you might be able to have a job again. I just like working. Every little bit helps!

The other impact is that it’s great for our show. I want to continue doing this show in particular. I want to do it until the wheels fall off. The more nominations a show gets, the more things you can put on a building — people see it, and they go, “Hey, we should see that show.” And that’s really good business for me!

How do you avoid shredding your voice in this role?

It took about a year to find the actual voice that felt not painful, and not unsustainable. That took a year. And then it took over the course of three full years working with a vocal pathologist, an ear, nose and throat doctor and my vocal coach to make 100,000-percent sure that what I was doing not only felt healthy, but was medically healthy. They’ve scoped me. They’ve felt my throat as I was doing everything. And everything I’m doing is completely checked off.

Any advice for first-time nominees?

My advice would be to really live in the moment. It’s very easy to get caught up in the whirlwind of it all, but to just remember, holy crap, I’m here because of this thing I did for free for so many years, and now I’m doing this for real and for a paycheck. And it’s just nice to be excited for yourself. We don’t get a lot of time to do that because we’re so busy trying to please others. I think that first-timers should take a moment and really raise their fists in the air and just celebrate themselves.