Before Britney Spears broke her public silence on Wednesday regarding the long-running legal arrangement that has controlled her life, calling it abusive in an urgent and emotional speech, the man appointed to represent her in court for the last 13 years said he had no role in what she was about to say.

“These are entirely her words,” said Samuel D. Ingham III, a lawyer for the singer since 2008, when she was deemed incapable by a judge of hiring her own counsel.

At the time, Ms. Spears had been hospitalized for an involuntary psychiatric evaluation amid concerns about her mental health and substance abuse, and her father, James P. Spears, was petitioning in California for a conservatorship over her person and finances that continues to this day.

So when Ms. Spears said this week that, under the arrangement, she had been forced to perform, take debilitating medication and remain on birth control, among other claims, she drew attention to the question of whether Mr. Ingham had done enough to educate and support his client, as the law requires.

“I didn’t know I could petition the conservatorship to be ended,” Ms. Spears, 39, told the judge during a live feed of the hearing. “I’m sorry for my ignorance, but I honestly didn’t know that.” She added, “My attorney says I can’t — it’s not good, I can’t let the public know anything they did to me.”

“He told me I should keep it to myself, really,” the singer said.

Mr. Ingham did not respond to requests to comment Thursday on how his client’s portrayal of him in court corresponded with his own view of his counsel, and it is unknown what discussions the two have had about whether or how Ms. Spears could ask to end the conservatorship. But the dramatic courtroom moment illustrated their frayed relationship, and the inherent conflicts that exist in a conservatorship system in which Ms. Spears has been forced to pay a lawyer she did not choose for herself.

“It’s certainly troubling that this has gone on for so long if she has wanted to end it,” said Rebekah Diller, a professor at the Cardozo School of Law and an expert on guardianships. “It’s hard to know exactly what’s gone on behind closed doors, but in general one would hope she has been told that throughout the years, because it’s a critical right she was entitled to.”

Last year, Mr. Ingham began seeking substantial changes in the conservatorship, including some steps toward Ms. Spears’s requested removal of her father as conservator. And in her remarks, Ms. Spears noted that she and Mr. Ingham had developed a closer relationship of late, speaking about three times per week. Still, Ms. Spears said on Wednesday, she wished to hire her own lawyer.

After Ms. Spears’s remarks, Mr. Ingham said he would step aside if asked, but the current judge in the case, Brenda Penny, did not lay out in detail what the next steps would be to address Ms. Spears’s concerns about the conservatorship or her legal representation. 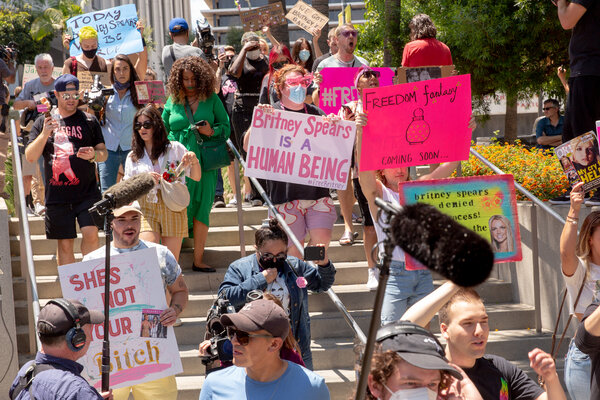 Sarah J. Wentz, a trusts and estate lawyer for Fox Rothschild, said that given what Ms. Spears presented in court, she “can’t even fathom” why Mr. Ingham had not been prompted to file to terminate the conservatorship. “If he knew what she was saying, he should have been prepared,” she said. “If he did what a lawyer is supposed to do, he would have met and found out she wants to terminate.”

A go-to veteran of the California probate system, Mr. Ingham has been selected to work on other complex conservatorship cases, including those of the radio personality Casey Kasem and the media mogul Sumner Redstone, both of whom were old and ailing. In court records, Mr. Ingham calls himself a specialist in probate, estate planning and trust law, areas in which he has practiced for more than 45 years, and he highlights his inclusion on the Super Lawyers of Southern California industry leaders’ list.

Court records from over the years provide a sense of Mr. Ingham’s interactions with those in charge of the conservatorship.

At one closed-door hearing in 2014, according to confidential records obtained by The New York Times, Mr. Ingham raised what he said were six points Ms. Spears had asked him to bring up, including her concerns about her father’s drinking, the custody of her children and terminating the conservatorship of her person altogether.

According to the court records, Mr. Ingham noted that Ms. Spears had been “hostile, aggressive, and extremely threatening toward the conservatorship,” especially in the presence of her boyfriend at the time, David Lucado. Mr. Ingham repeatedly mentioned Ms. Spears’s use of expletives while in Mr. Lucado’s presence, including once around her children.

“As an officer of the court, that was very troublesome to me,” Mr. Ingham said, noting that he had informed lawyers for Mr. Spears, who oversaw the singer’s visitation with her two sons, “so he can take whatever steps are necessary to protect the children.”

When Mr. Ingham mentioned that Ms. Spears believed the conservatorship prevented her from retiring, getting married and having children, the judge at the time, Reva G. Goetz said, “I don’t recall that we made any orders about the right to marry, but you may not want to tell her that.”

Mr. Ingham, according to the transcript, replied, “Somehow that did not come up in the conversation,” before moving on.

Mr. Ingham indicated at that hearing that his contact with Ms. Spears was generally brief. A recent 90-minute meeting they’d had was “at least three times longer than any session I’ve ever had with my client,” he said.

Recently, Mr. Ingham brought on additional lawyers to help with Ms. Spears’s case. He was granted permission to hire litigation specialists; for seven months of work, their fees totaled $237,761.23, with Mr. Ingham noting in court records that he had negotiated a five percent discount for her.

In defending his own billings in March 2021, Mr. Ingham said in court papers that he had “conferred in person and by telephone on a regular basis” with Ms. Spears recently, advising her on a variety of issues including her career, custody concerns, medical treatment and even “the impact of the Covid-19 pandemic on her travel and other activities.”

At the 2014 hearing, Mr. Ingham said he had encouraged Ms. Spears to appear in court to increase “the likelihood of her getting more specific information” regarding her concerns with the conservatorship, but that “she has elected not to do so.”

In her absence, according to the transcript, he did not push aggressively for answers.

Regarding Ms. Spears’s accusations that her father was acting inappropriately for a conservator, Mr. Ingham and the judge agreed to suggest a preliminary hearing to determine if there was a reason to proceed with a full investigation of the singer’s father, according to court records from 2014.

“That would give me something specific to offer her,” Mr. Ingham said, “that does not have me going out and subpoenaing her butler.”

Our documentary about Britney Spears and her court battle with her father over control of her fortune is free on our site for New York Times subscribers in the United States. Watch it now.

Watch The New York Times documentary about Britney Spears and her court battle with her father over control of her career and her fortune. The full video is streaming on Hulu and free on our site for Times subscribers in the United States.

[MUSIC PLAYING] ”Britney was so serious and so focused. This is a girl that‘s coming from strength.” ”She was so open and vulnerable. How we treated her was disgusting.” ”Britney had to navigate being told who she could be and what she could do.” ”People became fascinated with her sort of unraveling.” ”She accepted the conservatorship was going to happen, but she didn‘t want her father to be her conservator. That was her one request.” ”And any time there‘s that amount of money to be made, you have to question the motives of everyone close to that person.” ”Do they always have her best interests at heart?” ”Something is going on behind the scenes here.” ”I didn‘t understand what a conservatorship is, especially for somebody capable of so much that I know firsthand she‘s capable of.” ”Why is she still in this? Why is her dad making all of her decisions?” ”What do we want?” ”Free Britney.” 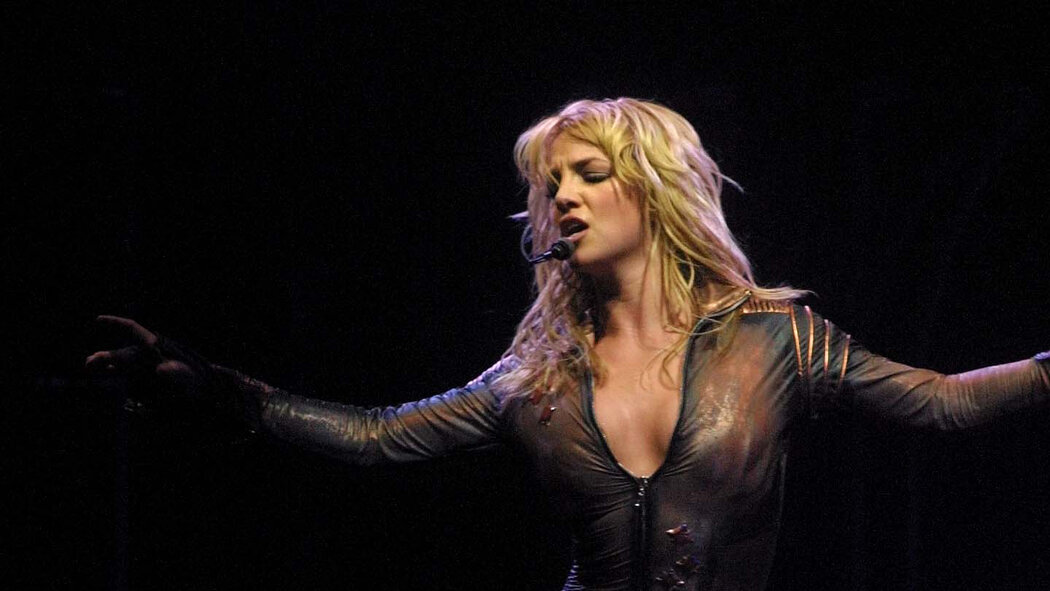