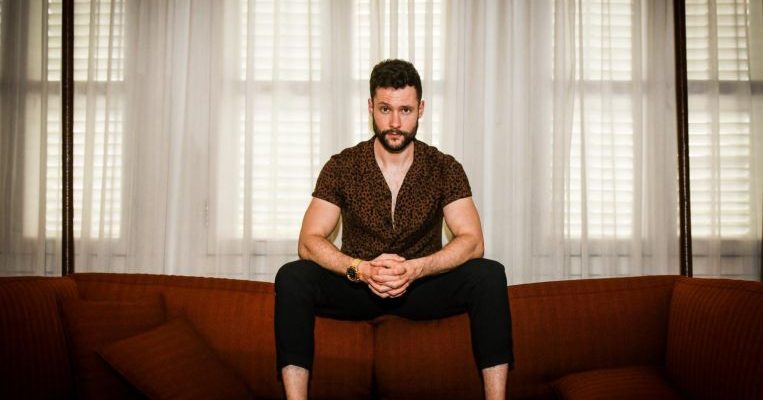 SINGAPORE – British singer Calum Scott can be quite the mummy’s boy.

The Britain’s Got Talent finalist was in Singapore for a concert at the Capitol Theatre on Oct 31 but he plans on coming back and bringing along his mother.

“This has been my one of my mum’s top places to visit,” the 30-year-old tells The Straits Times in an interview before his show.

“I don’t know where she got that from, because I don’t know a lot about Singapore and I don’t think necessarily my mum does but she must have seen images of Singapore or heard something about it because she’s adamant about coming here.”

Like his first time here – Scott also flew in for a press visit in February – he did not have time to do touristy things due to his packed schedule.

“It’s soundcheck, have the show and leave – kind of in and out.”

Despite the lack of downtime, Scott was enthusiastic. He has been on tour around the world since earlier this year to promote his debut album, Only Human, which was released in March. The shows include both his own gigs as well as supporting slots for American a capella stars Pentatonix and American R&B/hip-hop singer Jason Derulo all over Europe, Asia and Australia.

“The tour has, so far, been amazing,” he gushes. “It’s very tiring but it’s all countries I’ve never performed in so it’s very, very exciting, very fresh and I’m just excited on stage.”

Only Human includes his most famous original song to date, soaring piano ballad You Are The Reason. The song has been in the local Top 10 charts since April.

“I was very nervous when I was putting out Only Human because it was so honest,” he says. The album includes songs inspired by his own experience of coming out as a gay man.

“But for people to put me in their ears as a shoulder to cry on, or that voice of reason, or even just to get them out of their seats to bop around like an idiot, the sheer amount of messages I received on a daily basis from people all over the world who had this album soundtrack their lives, has been the most gratifying experience I can ever imagine having.”

Scott has an even bigger hit, his ballad rendition of Swedish singer Robyn’s dance-pop hit Dancing On My Own.

It was the song that famously got him through his audition for Britain’s Got Talent and launched his music career back in 2015. He ended up in the sixth position in the show’s finals.

“It’s very surreal to know that at one point I’m typing in the office, minding my own business and then that one moment changed the rest of my life,” he says, recalling his time as a contestant on the popular reality show.

“It’s very emotional, my mum watches it back often and when I watch it back with her, it just gives us the greatest sense of achievement.”