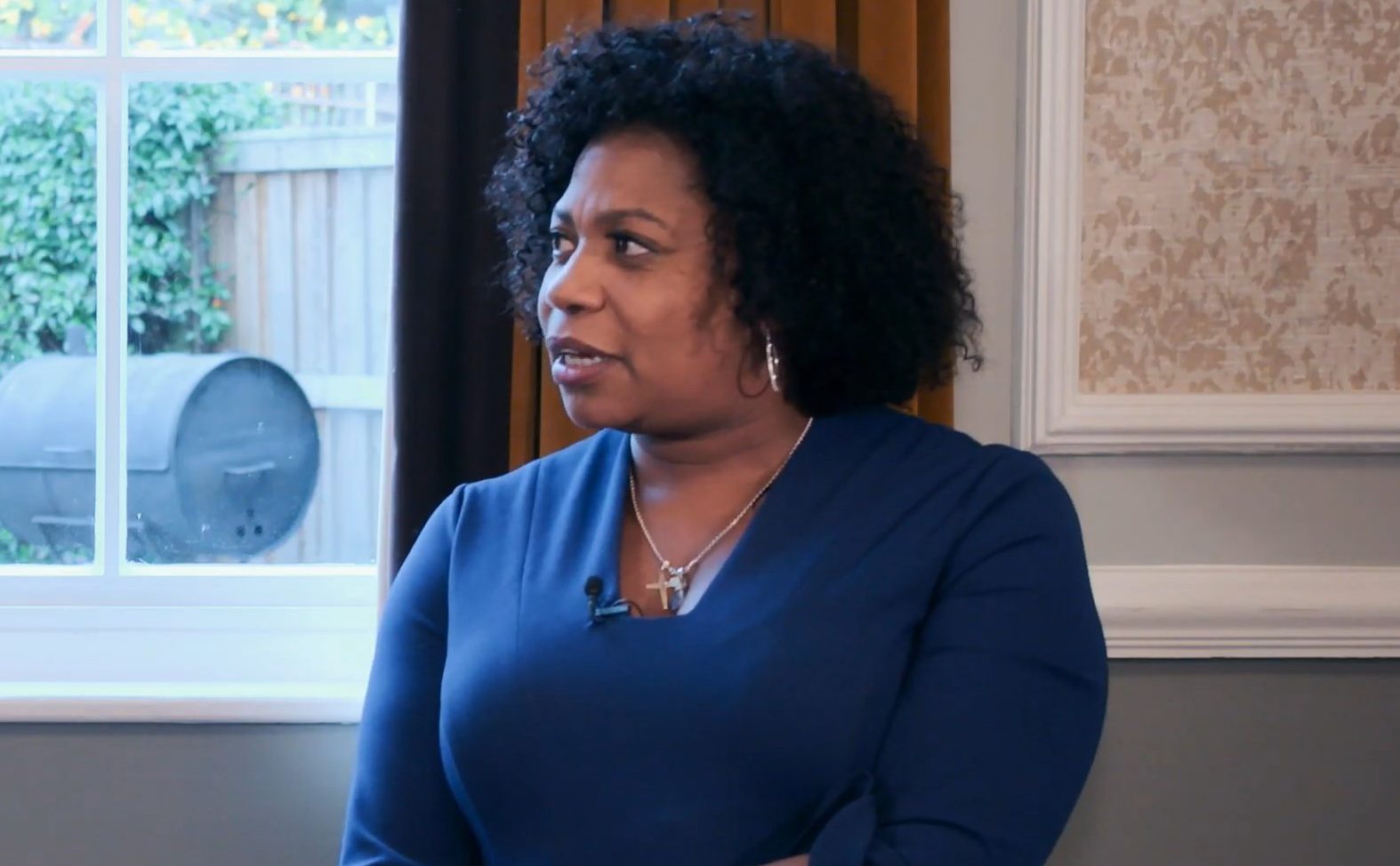 Brenda Edwards has thanked Ed Sheeran for ‘always being there’ for her late son Jamal Edwards in the run-up to the one-year anniversary of his death.

Edwards died aged 31 of a heart attack after using cocaine on February 20, 2022, at his Acton home.

Loose Women star Brenda, 53, thanked Ed, 31, on Twitter on Wednesday and shared a video of the Shape of You hitmaker rapping an emotional verse he’d written about Jamal.

Entrepreneur Jamal was best-known for establishing the music platform SBTV in 2006, which helped launch Ed’s career and the pair had been close friends ever since.

On Tuesday, Ed revealed on social media that he would be helping SBTV to relaunch F64 [Fresh 64], the platform’s flagship freestyle rap series.

The dad-of-two penned his own freestyle to kick F64 off, and in a new clip, could be seen standing on an empty stage while performing the verse, which was dedicated to Jamal.

Ed rapped: ‘Yo Jam, this is a letter to you. It’s been a while, but it’s been hard for me to get in the booth.

‘Since we last spoke, I’ve become a father of two, trying to live life with a smile but that’s been harder to do.

‘All I want to do is talk about you, but these tears won’t let me talk about you. We should have known that we’d be lost without you.

‘Therapy sessions digging and depression, I got a life full of blessings but this just breaks my f*****g heart.’

Retweeting the video, Brenda added: ‘Can’t believe it’s almost a year. It still hurts like it was yesterday. Thank you @edsheeran for always being there for my baby me and Tanisha & the @SBTVonline family #selfbelief #edsheeran #jamaledwards #sbtv #legacy #f64.’

SBTV announced F64 will return on January 19 in a statement that read in part: ‘Last year we lost our leader and founder Jamal Edwards, MBE.

‘It has been the hardest thing in the world to process as he was the driving force behind so much and such a bright light in all of our lives here at team SB.

‘Jamal had a unique connection with artists and creatives and was happiest when he was connecting and creating. His journey began locally but took him on a global adventure on the way forming unique bonds.

‘One of these bonds was with long-time friend and brother Ed Sheeran. From a tweet to a long-lasting brotherhood.

‘With the return of the flagship series F64 Ed Sheeran kicks us off with a tribute to Jamal.’

In September, Ed admitted he doesn’t think he’d have a career without Jamal.

‘I really don’t think I would have been given the opportunities that I was given had it not been for Jamal putting his arm around me,’ Ed said, according to BBC News.

He recalled how he had been ‘slogging on the acoustic singer-songwriter scene for a very long time, just blending in’ before he was discovered by Jamal and given the opportunity to perform on his YouTube channel.

He was also an ambassador for the Prince’s Trust, and had been made MBE in 2015 for his services to music through SBTV.