That’s how it’s done! Carrie Underwood brought down the house while performing with NEEDTOBREATHE at the 2021 CMT Music Awards on Wednesday, June 9.

What the Stars Wore on the 2021 CMT Awards Red Carpet

Underwood hit all the right notes while singing “I Wanna Remember” at The Bonnaroo Farm in Manchester, Tennessee. She wore a white jacket and pants with a black belt and boots, while her long curls cascaded down her shoulders. 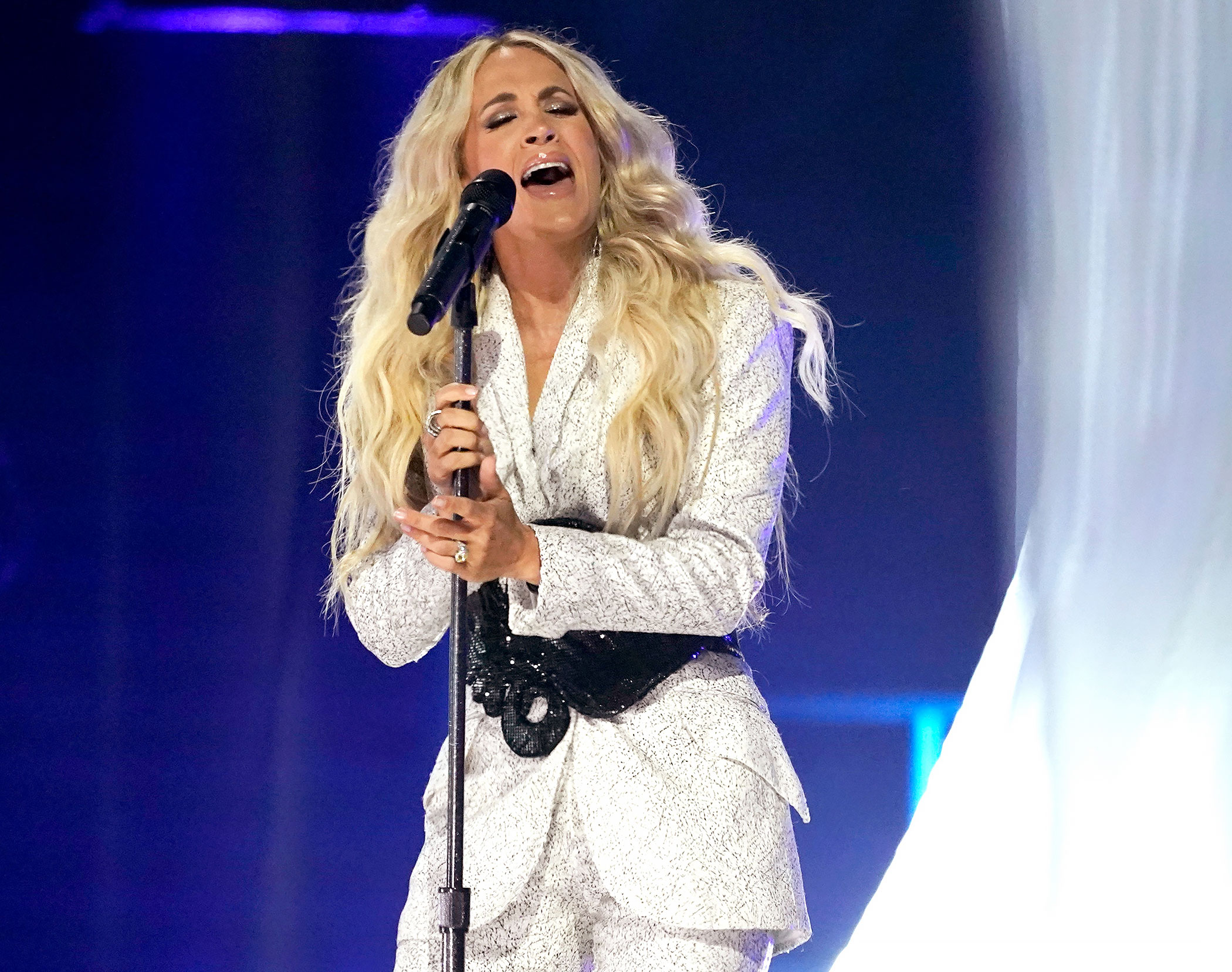 NEEDTOBREATHE — made up of members Bear Rinehart, Seth Bolt and Josh Lovelace — announced in May that Underwood, 38, would collaborate on “I Wanna Remember” from their upcoming album, Into the Mystery, which is set to be released on July 30.

Carrie Underwood Through the Years

“‘I Wanna Remember’ is a nostalgic track and takes you back to the moments you never want to forget. We all came from small towns, and those roots have cemented into the fabric of the band and our music,” the Christian rock band said in a press release at the time. “We felt like [Underwood’s] small town roots and humble beginnings were the perfect addition to this song.”

The American Idol alum has a history of performing with the group. Rinehart provided background vocals for her rendition of “Nothing but the Blood of Jesus,” released on her gospel album, My Savior, in March. He also sang the track with her as part of a live concert from the Ryman Auditorium in Nashville, Tennessee, on Easter Sunday in April.

Carrie Underwood’s Struggles in Her Own Words

Underwood gave Legend a shout-out during her acceptance speech. “Thank you for sending me this incredible song and agreeing to sing with me on it and making this incredible video, which I’m so proud of,” she raved. “Congratulations on what I think is your first CMT Award. Woo!”

The “Love Wins” singer is the most awarded person in the history of the CMT Awards. Her total rose to 22 trophies in October 2020 when she took home Female Video of the Year and Video of the Year for “Drinking Alone.”

“Oh, my gosh. Thank you so much. Thank you CMT,” she said during her acceptance speech for Female Video of the Year at the time. “Thank you fans so much for voting. It means so much to me and just lets me know that you’re still doing what you do, which is giving the love.”

Underwood concluded: “Thank you, fans. Just thank you, I don’t deserve you.”

The Grammy winner appeared at the awards ceremony in 2020 via video call after the coronavirus pandemic delayed the event for four months.

Khloé Kardashian and Tristan Thompson Already Broke up, What Led to the Split?