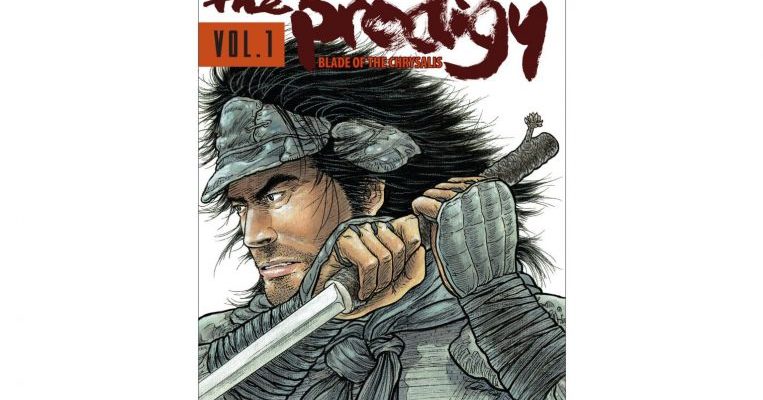 THE PRODIGY: BLADE OF THE CHRYSALIS

Set in a fantasy world inspired by Asian mythology, this work is the first volume in a planned series of six by Singaporeans Dave Chua and Koh Hong Teng.

The story follows former soldier Jaasur, who goes undercover in the city of Chamrouen to rescue a rebel leader who may be able to bring down a ruling tyrant.

In the ensuing chaos, some uninvited guests are sucked into a vortex, which transports them to a safe haven in a hidden temple. They include a boy named Daiyan, who seems to be able to sense the future and has a telepathic connection with his older sister Ulyn. She has been left behind in Chamrouen.

Street urchin Kaidai joins Ulyn in her search for Daiyan, but both are unaware that the ruling forces are preparing a surprise attack on the temple.

This is the third collaboration between Chua and Koh, who have worked together previously on titles such as the graphic novel adaptation of Chua’s Singapore Literature Prize-winning novel Gone Case.

The linework is confusing, so some scenes and details are lost on me.

In the opening sequence, it is hard to tell if the pool of water Jaasur happens upon in the wilderness is surrounded by melting faces and if the terrain is rocky or filled with lily pads.

It is also not immediately clear what is happening during the rescue-hostage mission and if people are being pulled into a vortex or repelled from it (it turns out to be the former).

Such confusion affects the flow of reading.

Previous works by Koh, who has won accolades including two prizes at the Singapore Book Awards in 2017, are cleaner in style compared with this comic, which is overflowing with scratches that add a sort of savagery to the story.

Koh’s level of detail works best in full pages or larger panels, as sometimes there is so much linework squeezed into one panel that the focal point is lost.

Thankfully, there are sections devoid of background detail, acting as a much-needed breath of fresh air.

In terms of pacing, the story is steady and I arrive at the end of the volume much sooner than I expected.

Although the ending is suspenseful, it feels as though this volume serves only to introduce characters.

It is not exactly clear yet what sort of power Daiyan possesses, the kind of parasite that haunts Jaasur and if Kaidai has a bigger destiny in store for him than being a petty thief.

Such unanswered questions will keep the reader hooked on later volumes.

If you like this, read: Fairy Tail by Hiro Mashima (Kodansha Comics, 2012, $16.66, Books Kinokuniya). This epic 63-volume saga follows wizard-dragon slayer Natsu Dragneel and his friends of the Fairy Tail Guild as they journey through the Kingdom of Fiore to snuff out bad guys, including the powerful dark wizard Zeref. However, Natsu may have more in common with Zeref than he realises.