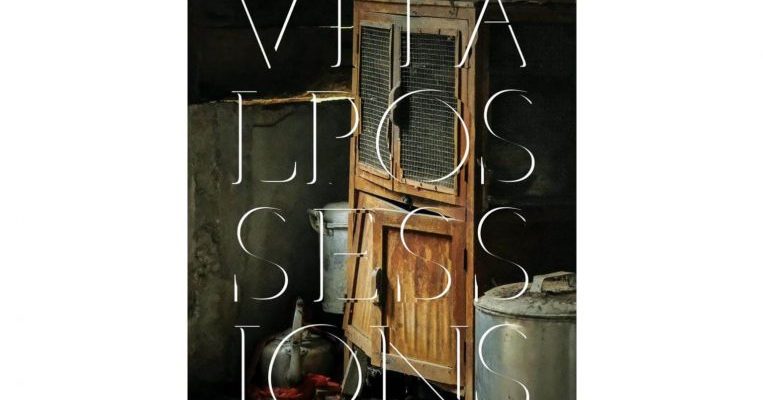 With gentle lyricism and a photographer’s eye for visual detail, Nair probes the confusion of the city through the lens of nature. We move from crushed snails to a dead cat, from the spectre of old railway trains to a juxtaposition betwen migrant workers and Caucasian marathoners in the Marina Bay area.

He experiments with various verse forms, such as visual poetry and the occasional ghazal.

Several haikus are paired with black-and-white photos taken by Nair himself, giving rise to a rather fruitful cross-pollination of ideas.

“When city living/ gets you down, lie in a field/ of fantastic cows”, for example, appears beside an image of a woman resting next to two cows. (The twist: the cattle are life-size sculptures, so there is no lowing here.)

A photo of a gently sloping hill reflected in still waters has its beauty articulated by the haiku next to it, which speaks of a “close-lipped horizon”.

Vital Posessions is a collection of gardens – from a garden in a garden, to the prelapsarian echoes of the Garden of Eden, to the towering Supertrees at Gardens by the Bay, which serves as a backdrop for several pieces in the collection.

Most of the poems respond to scenes and sights from Singapore, often described a “Garden City” – or, as the bureaucrats like to call it these days, a “City in a Garden”. One can’t allude to the islandwide greening movement without mentioning founding prime minister Lee Kuan Yew, who launched the initiative in 1963 by planting a Mempat tree.

There are shades of him in the poem Chief Gardener, which describes a man who “seeded a country”, and “Taught us/ that not all harvests are equal, and not all men too”. “We cannot have rest,” the narrator says, “so the land/ has no rest, and we are always in a season of growth”.

One of the more intriguing pieces is Map Mind, consisting of short three-line stanzas – forming a Rorschach-like pattern – which play with the notion of ideas leaping around in the mind.

For all the social commentary this collection might contain, reading it can often feel like an amble in the park: perhaps to Nair’s credit, there is hardly a moment when we feel we aren’t on firm ground.

Some readers, no doubt, will take issue with the straitened scope of these poems, or with the way Nair does not do much to push the boundaries. Many of his musings are, after all, variations on a well-worn theme.

But what’s wrong with that? Anyone who enjoys the music of verse and a good turn of phrase will find plenty of life in a collection like this one which, to quote the poet, “sprung out of city and stone”.

If you liked this, read: “Nature and Control” (2018), Pen Transmissions, an online essay by Singapore Literature Prize winner Jeremy Tiang on how nature is kept in check in Singapore. Go to pentransmissions.com/2018/08/23/nature-and-control