The U2 frontman was spotted singing with guitarist The Edge in the Irish capital on Christmas Eve .

Money thrown into his empty guitar case was going towards the Simon Community housing charity.

He sang a song that criticised the Irish government for its bad handling of homelessness in the country.

After a number of performances from other Irish stars, Bono and The Edge were introduced as “two lads from north Dublin”.

At the end, he called all the performers together, telling them: “This is very special for us, you should be proud of this.” 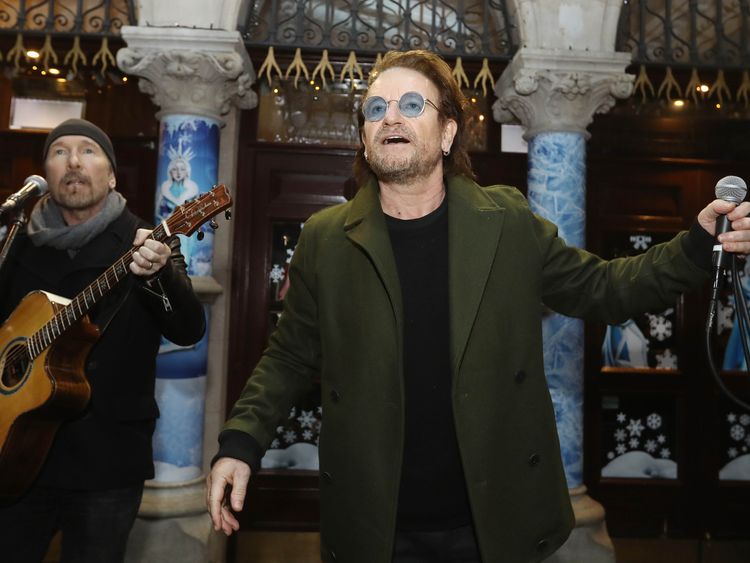 They were joined by fellow Irish acts Hansard and Imelda May for a rendition of Mariah Carey’s Christmas (Baby Please Come Home).

Almost 10,000 people are homeless in Ireland, according to support group Focus Ireland.

Campaigners say that, despite a strong economy, there are not enough affordable new homes and rents are rising too quickly.