The actors – two of the Indian film industry’s biggest names – tied the knot in a private ceremony at Lake Como in Italy, according to media reports in their home country.

Padukone and Singh caused a stir last month after announcing their engagement and ending months of speculation about their relationship.

Fans were unable to contain their excitement with the stars’ names trending in India along with the hashtag #DeepveerKiShaadi – or “Deepveer’s wedding”.

She is also the daughter of Indian badminton player Prakash Padukone – a former world number one.

Singh, 33, rose to fame in the 2010 romantic comedy Band Baaja Baaraat and went on to appear in 14 films.

He has starred in several films alongside his new wife. They include 2013’s Goliyon Ki Rasleela Ram-Leela, 2014’s Finding Fanny, and 2015’s Bajirao Mastani.

They also appeared in the controversial Bollywood epic Padmaavat, which sparked violent protests in northern India earlier this year.

Padukone played a legendary Hindu queen and Singh played a medieval Muslim ruler, which angered hardliners, causing some to burn down cinemas and threaten the stars. 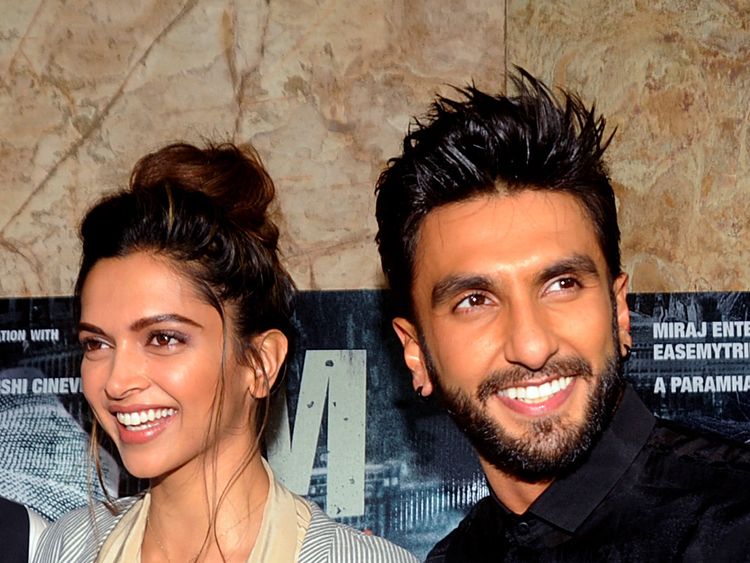 The actors reportedly started dating in 2013 but kept details of their relationship firmly out of the public eye.

Among the high-profile film industry names congratulating the pair on Twitter was director Karan Johar.

He wrote: “Such a stunning gorgeous and beautiful couple!!!! Nazar utar lo! (Keep the evil eye away) !! Badhai ho (Congratulations) !!! Love you both!!! Here’s to a lifetime of love and joy.”

Another high-profile Bollywood wedding is set to follow next month, when Quantico star – and close friend to the Duchess of Sussex – Priyanka Chopra and American singer Nick Jonas tie the knot in India.