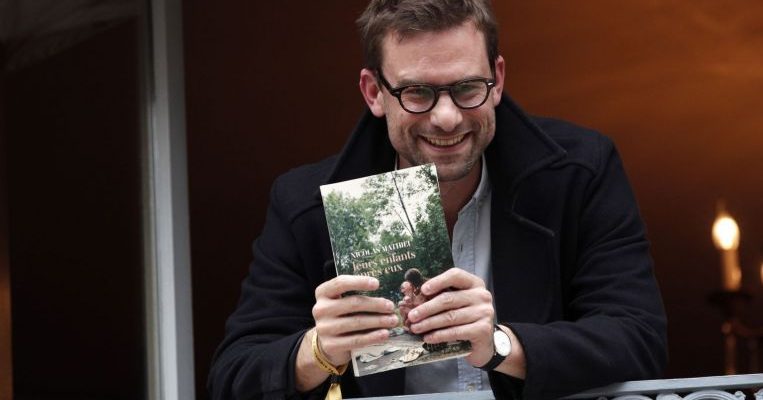 Leurs Enfants Apres Eux (Their Children After Them) follows a group of teenagers growing up in the 1990s in Mathieu’s native eastern France.

Mathieu, a 40-year-old former journalist, said he had spent “18 months locked up in a room” to write the book.

“And suddenly I find myself here like a rabbit caught in the headlights,” he told a crowd of reporters in the famed Drouant restaurant in Paris, where the Goncourt is awarded each year.

Set over four summers, the novel follows the friends as they dream of escaping a dreary industrial town where the blast furnaces have fallen silent.

Their parents fare no better: one of their fathers, a laid-off metal worker, scrapes by on work as a gardener while bitterly drinking his sorrows away.

“I wanted to tell the story of the world I come from,” said Mathieu.

The Prix Goncourt is worth only a symbolic €10 (S$15) but it guarantees huge book sales and unbeatable publicity for the winning author.

Mathieu published his first novel Aux Animaux La Guerre, which also deals with the fallout of globalisation in a declining French town, in 2014.

Joking about the fact this is only his second book, Mathieu said: “I took a very long time finding out what I can write about.”

But having won his country’s most prestigious prize, he said: “I’m now going to catch up all at once on my being slow.”