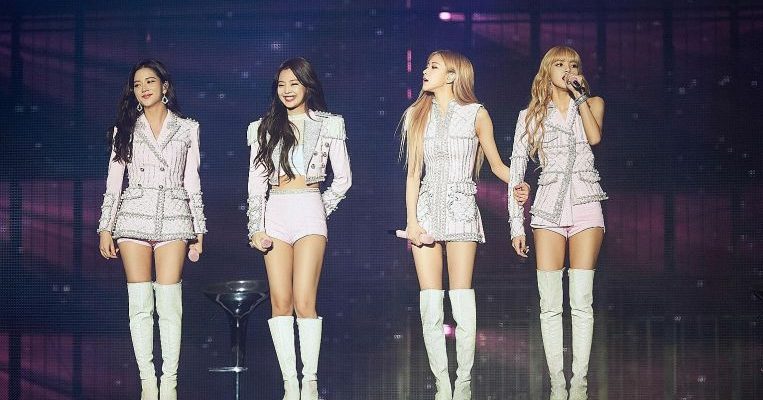 BLACKPINK 2019 WORLD TOUR IN YOUR AREA

Their song, Ddu-Du Ddu-Du (2018), is one of the most-viewed music videos for K-pop groups, with 665 million views, and they are slated to perform at California’s mu-sic festival Coachella later this year.

And they showed why at their first concert here last Friday night.

Performing to a sold-out 9,500 crowd at the Singapore Indoor Stadium, the four members – Jennie, Jisoo, Lisa and Rose – were exuberant and charming onstage.

Kicking off their show with the dance-heavy Ddu-Du Ddu-Du and Forever Young (both 2018), they performed all nine of their original songs as well as Jennie’s solo track – titled Solo (2018) – and a tie-up track with British pop singer Dua Lipa, Kiss And Make Up (2018).

Their energy was infectious enough for a casual listener like me to feel like bobbing along to the music. I walked out of the show feeling I had a solid grasp of the group’s performing chops.

Unfortunately, the same could not be said for their music. It is a shame that an outfit more than two years old has only one full album with nine songs.

Groups which debuted around the same time have easily chalked up over 20 songs so it is baffling that Blackpink have not stepped up the releases. Watching a concert – and this is only one stop in a world tour that includes Europe and the United States – with such a limited repertoire feels like watching a movie but not finishing it.

In every song, you catch a glimpse of what the girl group are capable of in both ability and musical style, but there is just not enough for a fully satisfying experience.

Stay (2016), a folksy pop song, showed what the members can do with a mid-tempo, vocal-heavy, instrumental-based number. It built up anticipation for what they might be able to do with a traditional ballad or a soulful track.

Jennie and Lisa, the group’s rap-pers, showed in Playing With Fire and Whistle (both 2016) that they can handle hard-hitting raps, but an unapologetic, no-holds-barred rap track has yet to materialise.

Midway through the set, each member had solo time in the spotlight and showed what she is capable of – Jennie with Solo; Jisoo with Clarity (2012) by Russian-German producer Zedd; Rose a mash-up with The Beatles’ Let It Be, Park Bom’s You And I and Tae-yang’s Only Look At Me; while Lisa did a solo dance.

The covers were enjoyable, but at this juncture in their careers, the group and the individual members need more original songs that are tailor-made for them to establish a strong musical identity.

Hopefully, they will return here one day with a fuller list of songs. But until then, Blackpink, with their spirited performances and beautiful looks, still showed why they can sell out arenas around the world.