Two years ago, Aidan Sleeper needed to find an apartment.

Sleeper, the locations manager for “Billions,” returning Sunday for its fourth season on Showtime, scouted more than 100 places that list for tens of millions of dollars, but he couldn’t find the right one. “It was impossible,” he said.

The apartment wasn’t for his own use — he and his wife rent in Clinton Hill, Brooklyn. No, he had to lock down a Manhattan residence for Bobby Axelrod, the “Billions” hedge fund phenom played by Damian Lewis. The space couldn’t be comfortable or cozy. It needed to intimidate, astound, overwhelm, gut punch your breath away.

“We always joke, ‘billionaire, not millionaire,’” Sleeper said on a January morning at the “Billions” production office in Greenpoint, Brooklyn, as he scrolled through a desktop folder of photos. He clicked for a moment on a $65 million triplex that hadn’t impressed him when he toured it: “You walk in there and it’s like, really?” He shrugged and scrolled on.

Months after his initial deadline had passed, as he was viewing a ho-hum TriBeCa penthouse, he saw, from its terrace, another penthouse blocks away. A glass box plunked on top of an old print factory, it had a double-height living room, a wraparound terrace, 270° views of the Hudson and the East River, too. It was urban, masculine, almost stark in its poured concrete floors and severe lines — it said billionaire, not millionaire. He rented it.

Shows like “Billions” and HBO’s “Succession,” a prickly drama about a Murdoch-like media dynasty that returns for its second season this summer, have to offer a convincing visual representation of the ultrawealthy, the 1 percent of the 1 percent. Jesse Armstrong, who created “Succession,” described a governing principle: “Let’s just be as truthful as we can.” 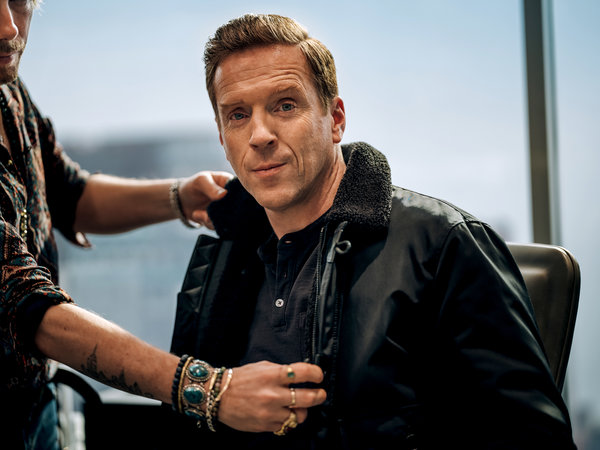 Truth isn’t always flattering. Unlike the wealth-porn TV of earlier decades — “Dynasty,” “Dallas,” “Gossip Girl” — these shows address a cultural moment in which many of us are infatuated with extreme wealth and also disturbed by it. Dramas with glints of dark comedy, “Succession” and “Billions” aren’t exactly aspirational. The camera finds every under-eye circle, amplifies each impersonal office. Even that penthouse looks almost ugly from certain angles.

The design of these shows implies, more and less subtly, a critique of wealth itself. Come for the private jets, stay for the inevitable dehumanization.

To illustrate a billionaire lifestyle, the designers of each show researched the wealthy online and combed through magazines like “Architectural Digest” and “Vogue.” But extremely rich people don’t always want their homes photographed and they may not wear couture.

“When they hit the billion and above number, they’re no longer in a place where they have to impress anybody by their outward trappings,” said David Levien, one of the creators of “Billions.”

So each show retains a number of wealth consultants — some of them billionaires and some of them vendors who cater to billionaires — who advise on what uniforms household staff might wear or which artworks should adorn a corporate office.

Occasionally volunteer consultants also chime in. One hedge funder emailed the “Billions” creators (who declined to identify him) to complain about Axelrod’s dinky private plane. “I wouldn’t be caught dead in that sardine can,” he wrote. (Said sardine can retails for around $40 million.) Sometimes outward trappings do matter.

For the “Succession” pilot, the production team wanted to create an apartment for Logan Roy, the paterfamilias played by Brian Cox, that would suggest power, not magazine cover ostentation. Kevin Thompson, the pilot’s production designer, borrowed two floors of the Council on Foreign Relations, dressing it as a penthouse duplex.

When the show was ordered to series, that space was re-created on a small Queens soundstage. To walk into that apartment — assuming you aren’t a billionaire — is to feel overawed and even a little giddy at its reckless proportions. But the furnishings, though extremely tasteful, are subdued, the palette dull.

“You can hear the money, but it’s not screaming at you,” Thompson said.

Still, the various design departments have to put across billionaire style on a thousandaire budget. (O.K., tens or hundreds of thousands, but still.) On each set calculations are made as to what to pay top dollar for and what to beg, borrow or fake.

In Logan Roy’s apartment, the furniture is real as are a few of the antiques. But the paintings are scanned copies or pastiche — even HBO money doesn’t run to real Gauguins — and the tapestries are not exactly priceless. “The audience will never know,” Stephen Carter, the current production designer, said as he walked through the soundstage on a February afternoon.

On another “Succession” soundstage, workers were building a private jet. On television it would look luxurious and the oversized seats were authentic, donated by the aerospace company Embraer. But the opulent interior? Contact paper pasted to plywood.

One department where you can’t really fake it: Wardrobe. On the same day I met Sleeper, Eric Daman, the “Billions” costume designer, walked me through the labyrinth of clothes. He stopped in front of Bobby Axelrod’s rack, mostly jeans, T-shirts and hoodies. Several of the hoodies come from Loro Piana, an Italian ready-to-wear brand, and retail for around $2,000. But they are cashmere, and anyone acquainted with babies’ bottoms can confirm that these absurdly priced hoodies are, in fact, softer. (The Los-Angeles-based designer Vince is another hoodie go-to.) Somehow the camera notices.

Yet there are limits. A few weeks before, Daman had ordered an $1,800 cashmere T-shirt from The Row. He’d felt a little nauseous about it, but “I thought it was going to be something special,” he said. It wasn’t, so he sent it back.

“I’m glad we could all experience it and then [expletive] about it,” he said.

Some of the more expensive items have been gifted or lent to the production. Daman pointed to a wall of what he described as “promo bags,” accessories sent from Stella McCartney and Phillip Lim that the show might use. Michelle Matland, the costume designer on “Succession,” also receives promotional items and isn’t above shopping on resale sites like The Real Real to save money. “I’m very popular at the outlet malls,” she said.

Cost aside, one way these shows suggest wealth is less about the items themselves than how the characters react to them. In the second season of “Billions,” Bobby and Lara Axelrod board his-and-her private jets with no more fanfare than a quick goodbye kiss. The characters aren’t awed, so the camera isn’t either.

“Succession” mostly steers clear of beauty shots. Armstrong told his team, “Let’s never try to persuade anyone or sell anyone on an element of this lifestyle.” The characters tend to treat wealth casually, even disdainfully, regifting a Patek-Philippe, stepping into a Sikorsky helicopter as if it’s one more town car.

“Part of the fun of the way our audience experiences this wealth is by feeling how unimportant it is to these people,” Carter said.

But is that fun? Much of what made shows like “Dynasty” and “Dallas” so successful was how they fetishized the externals of wealth. The “Dynasty” reboot on CW continues that tradition, letting the camera linger on the shoes (the shoes!), the jewels, the fountains.

Sallie Patrick, the “Dynasty” showrunner, said that she felt an obligation to continue the extravagance of the original. But even a network guilty pleasure like “Dynasty” resists offering what she called “true pure wish fulfillment.”

When even “Dynasty” unleashes a socioeconomic critique, it suggests suspicion of the very rich, an anxiety that they may not be like the rest of us. That anxiety might have merit. The 1980s — the era of the first “Dynasty” — and the present are periods associated with huge increases in wealth inequality.

“Rich people have become so different from the average person,” said Shamus Khan, a Columbia University sociology professor who researches the political influence of economic elites. “They’re of interest in the way that a zoo animal is of interest.”

These shows may even provide a perverse comfort to the rest of us, reflecting how great wealth can often produce feelings of alienation, a phenomenon Khan has studied.

“People imagine that it’s going to bring some meaning to them or satisfy some need,” he said. However, “rich people often describe themselves as feeling dead inside.”

The wealthy characters in these shows often choose money over family, community or moral integrity. The design — luxurious, but sometimes cold and unbeautiful — reflects that.

Still, alienation, on the billionaire scale, may have its upsides. On an afternoon in early March, Sleeper walked me through the Bobby Axelrod penthouse. Wood gleamed, metal shone, the winter sun flamed through the living room’s 18-foot windows and Manhattan arrayed itself below.

Sleeper stepped out onto the terrace. “I know I will never have this, and that’s something that doesn’t bother me,” he said.

“But at same time, could I imagine, like, would it be amazing to live in this space?” he added. “Absolutely.”