From Wall Street to Washington, the world of “Billions” is a world at war. According to David Levien, one of the creators and showrunners for the series, that’s by design.

“If you look at kings and Caesars and emperors throughout history and literature, there’s not a lot of guys who sat through a very peaceful, enjoyable reign,” he said. “Gods and kings: That’s what these people think they are.”

“They need people to battle against,” added Brian Koppelman, who is also a creator and showrunner for the show. (Andrew Ross Sorkin, a New York Times financial columnist, is the third creator.)

As “Billions” returns to Showtime on Sunday for Season 4, its two central combatants face a remade version of that world, newly allied with enemies to spare. The hedge fund billionaire Bobby Axelrod (Damian Lewis) is primed for vengeance against his former protégé Taylor Mason (Asia Kate Dillon). Meanwhile, the former United States attorney Chuck Rhoades (Paul Giamatti) must contend with investigations into his past conduct by the Trump era attorney general Jock Jeffcoat (Clancy Brown).

If these people be gods and kings, Koppelman and Levien have become something like prophets. The season premiere features story lines about an embassy kidnapping and a quid pro quo involving gun permits that feel as ripped from the headlines as any episode of “Law & Order” but were written and filmed months before the real-world events they mirror.

In a phone call last week, Koppelman and Levien offered a glimpse into the thinking behind the new season — a crystal ball for our strange new Gilded Age. These are edited excerpts from that conversation.

“Billions” is a show about abuse of power in government and finance. Here in the real world, it seems those things have metastasized to a truly bizarre degree. Do you ever have a hard time keeping up?

DAVID LEVIEN Yeah, the show started back in the prosaic Obama era. That’s not really an answer. That was just a quip.

BRIAN KOPPELMAN It was a good quip, though! But we don’t really think in those terms. What’s been wild to us is how often the questions that we’re interested in exploring on the show end up surfacing in the world in short time. The embassy stuff in the first episode was written and shot five months before [the death of the journalist Jamal Khashoggi]. So we don’t find the world’s bizarreness difficult to keep up with.

The central question to us from the beginning is why, in America now, does it seem as if characteristics like verbal acuity, power, great wealth, charm and charisma stand in for real qualities of character, like kindness and selflessness and empathy? Why are we as a culture — all of us — guilty of holding people who have that first batch of characteristics up as heroes? When you set a show up playing with these ideas, you’re going to end up getting into some strange waters. The fact that the world has also gotten into these strange waters, we think, has only made the show more resonant.

During the show’s early going, I was rooting for Chuck, because for all his faults he still represented the law. But I’m not sure where my sympathies lie anymore. Are you?

LEVIEN From the beginning, we wanted to play with the audience’s sympathies and rooting interest. When they got leaning one way, we’d do a switch-up and get them going back the other way. On Chuck’s side, he has the burden of being held to a higher standard, one that he’s set for himself and lives by and dines out on. And then [Axe], there are no expectations. When he does something particularly interesting or kind, it’s surprising and it wins people over, just as when Chuck does something bankrupt, people are extra disappointed.

KOPPELMAN We did notice that a bunch of people in prosecutorial positions were using those positions for career advancement. The expectation that we all grew up with about who was the good guy has been put into question. We felt like it was fair for the show to do that, too.

LEVIEN Axe and Chuck have a shared pool of qualities like ambition and pridefulness and undying belief in their own power. In a lot of ways they’re similar, and that confuses the rooting interest. To us, that’s the stuff that makes it interesting as we hit the fourth year and started looking beyond. 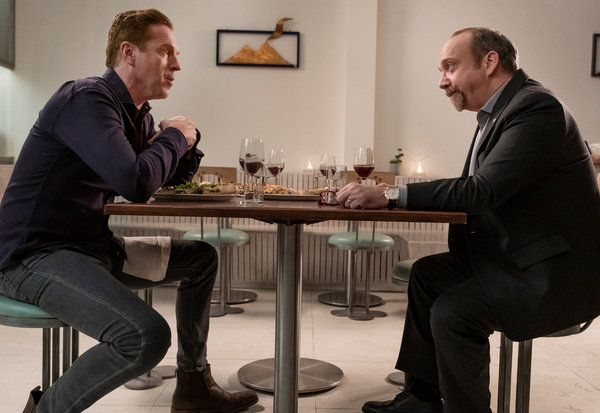 As you watch “Billions” over the years, you notice how episodes or runs are dominated by particular schemes and goals. You start to wonder what happens when characters get what they want. Well, then what?

KOPPELMAN We’re constantly trying to tease out for ourselves what makes these people into these perpetual motion machines, and why satisfaction is so hard to come by.

But twinned with that is our interest in the stories these people tell themselves about why each sacrifice is worth it for what they think they need or want in a given moment. Lip service to resisting temptation, but inevitably giving in to it, is something we watch happening all the time in the real world. We wanted to have characters who have the capability to be other things, but who can’t stop themselves from being what they are.

As much freedom as they have, they’re constantly coming back to the thing they were already doing. When this season starts, Chuck has been forced out of his government job. He could kick back in the private sector, but he doesn’t. He can’t.

LEVIEN One thing that you’ve got to realize about these guys is they love what they do. It’s not like they want to get to some number or some elevation, and once they’ve hit that plateau, they’re going to go and sit on a beach somewhere. That would be torture to them. They love the action. They love it when they’re down, and they love it slightly more when they’re up. In the game that these guys have taken up, it’s either capture new territory and win new victories or be diminished by not battling.

Axe says in Season 2 that in the grand sweep of time, we’re all already dead. These kinds of guys — and it’s not just the guys, it’s Wendy [Axe’s adviser and Chuck’s wife, played by Maggie Siff] and Taylor also — their choice is either to give it all up and go become a monk and contemplate death, or to try to keep moving and beating and convincing themselves that they’re not going to die. That’s the work of gods and kings, and in the world as we order it now, that’s what these people are. 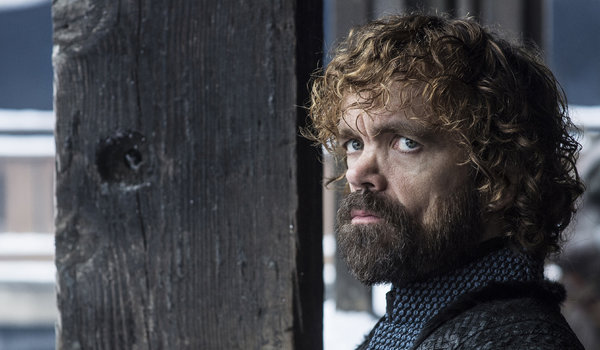 Rewatch ‘Game of Thrones’ With Us

The final season of “Game of Thrones” arrives April 14. Before then, we’re rewatching the first seven seasons. Sign up to get our season guides straight to your inbox.

And they enjoy the privileges of gods and kings, which seems like a double-edged sword. Part of you thinks it’s awesome to watch people drive a Mercedes that costs $150,000 at 100 miles an hour, then buy two of them on a whim. But another part of you is sharpening the guillotines.

LEVIEN We don’t come at it like, “Well, this is wrong, there’s some inequity here and it’s our job to put it on trial.” It’s more just like, “We have to do as fair a showing of this world, interior and exterior, as we can.” These are the lives these characters are leading, and we’re inside of it. We leave it to the audience to decide if they have judgments on it.

KOPPELMAN And we have never once looked at each other and said, “We have to show some signs of wealth because it’ll dazzle the audience.” But we do find the question pretty compelling. Do those sports cars make them happy? Would they make you, the audience member, happy? How long do you think that would make you happy for? That’s definitely something we’re exploring: desire, need and the lies we tell ourselves about what we need to make ourselves feel alive.