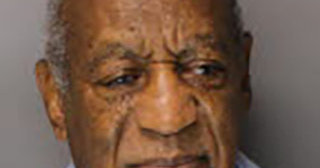 As he adjusted to incarceration, Bill Cosby spent his first four months in prison in a special unit, isolated from other inmates, out of concern for his safety at SCI Phoenix, a maximum-security facility outside Philadelphia.

But last week authorities moved him from so-called administrative segregation to join the general population at a wing that houses other inmates, according to the Pennsylvania Department of Corrections.

Amy Worden, a spokeswoman for the corrections department, said Mr. Cosby made the move on Jan. 28, though she would not specify the wing to which he was sent. Mr. Cosby’s spokesman, Andrew Wyatt, said the entertainer’s new single-person cell is in an area that only houses older inmates and that he did not view it as a “general population” unit. But Ms. Worden said that was not the case and that the prison does not have a special area reserved for older inmates.

Mr. Cosby — now inmate NN7687 — is among the most famous prisoners in America and his movements have been closely watched since he was sentenced last year in the assault of Andrea Constand at his home in 2004.

“Being released into the general pop means he will have shared meal times, shared yard time, all out-of-cell time will be among other individuals,” said Jennifer Storm, the state’s victim advocate who is familiar with the prison where Mr. Cosby is serving a three-to-10 year sentence for sexual assault.

Because Mr. Cosby, 81, is legally blind, he will continue to have another inmate worker assigned to him “to help him get around as other elderly and/or infirm inmates have as well,” Ms. Worden said in an email.

If he chooses, he will be able to join with other inmates in the exercise yard twice a day, she said. Inmates also are able to have visitors, make phone calls, purchase TVs, radios and snacks and receive emails.

“He is treated the same as other inmates in the system,” Ms. Worden said.

Mr. Cosby’s new unit has a butterfly design, with two levels of cells joined to a central day room where inmates can socialize, play games and watch television. He will also eat with others in a central chow hall.

The former entertainer had been allowed to stay at his home in Montgomery County while awaiting sentencing. Until last week he had occupied a single 7-by-13-foot cell with a 10-foot ceiling at the prison, near the infirmary and isolated from other inmates, though he had access to a day room.

Mr. Cosby is appealing his conviction. He had asked to be released on bail while he appeals but the judge denied his request.

SCI Phoenix is a new prison in Collegeville, about a 45-minute drive from Philadelphia. Built at a cost of $400 million, the state correctional institution opened last summer to replace the aging SCI Graterford, built in 1929. It houses a maximum of 3,830 inmates.