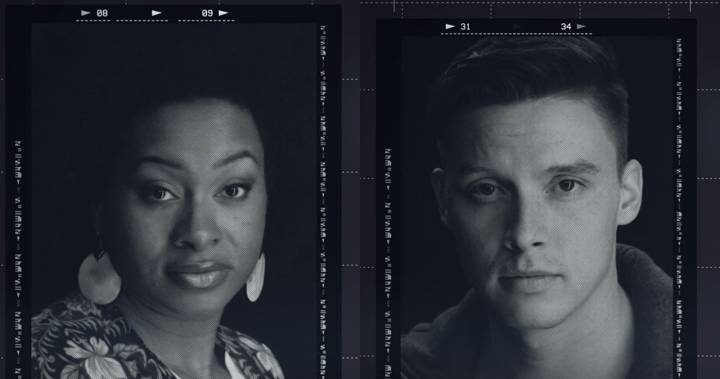 SPOILER ALERT: Do not read on unless you’ve watched Thursday night’s episode of Big Brother Canada.

After an explosive week in the Big Brother Canada (BBCAN) house, Kailyn (Mama K) Archer, is the third houseguest evicted from the house.

With both sides of the house exposed, Damien Ketlo and Kiera (Kiki) Wallace were nominated as pawns for eviction by Head of Household, Chelsea Bird.

But with Samantha Picco in on Bird’s master plan of backdooring Archer — Bird’s real target — Picco won the POV taking Wallace off the block and sending Archer up on the block as the replacement nominee.

Global News spoke with Kailyn (Mama K) Archer the day after her eviction and asked her about her time in the Big Brother Canada house.

Global News: How does it feel to be outside of the BBCAN house?
Kailyn (Mama K) Archer: Do you know what? It’s a dream right now. I feel like I don’t know if it’s a dream or a nightmare but bittersweet — definitely bittersweet. I didn’t plan on being out this early but that’s the way the cookie crumbles.

Do you think it was a good choice to have that group meeting?
Absolutely. I knew that I was going. I knew that I was leaving. I wanted to just reveal some of my truth to some people and let them know why I came in at the end and why I played the way I played — so absolutely I don’t regret it at all.

I think it’s really important to reveal your truth before you leave too so you’re able to say ‘this is where I stand and if you don’t agree with it that’s on you.’ But do you feel like your psychic abilities helped or hindered your game?
I think I was able to read people pretty clearly. I would say it helps when people were lying to my face. But see, it might have hindered me a bit because I wasn’t able to just smile. When Chelsea [Bird] came and she was saying ‘I want to work with you’ and so on and so forth, I called her out on it because I didn’t believe it. I knew she was talking to the other side in the same way. Maybe if I could have seen what I saw but not revealed it to the person that was talking it I would have been better off.

Were you upset when Big Brother Canada revealed your secret to the house on the first day?
Absolutely! I was like ‘are you kidding me? You guys just put me out there to hang.’ I was upset because I thought that was something that I could use to my advantage. And then all of a sudden everybody’s kind of looking at me sideways.

I was shocked too because I thought you were going to hide that the whole season and reveal that you are a psychic on the finale night but all of a sudden it’s right there for everyone to know.
I think it might have put a little bit of a target on my back. People were probably wondering ‘hmm, is she really a psychic? Can she see if I’m talking? Will she see it?’ It was a hard one to take.

Do you feel like anything else hurt your own game?
My own play (laughs). I think fighting so hard for Macki [Moto] really, really messed up my game and just playing hard and letting them know that I was a threat. I went one-on-one with Adam [Pike]. I said ‘yeah, you are a physical threat but guess what I’m a force of nature. Let’s go.’

I feel like that’s who I always root for too. I’m always against the same people hanging out in the HOH room.
Right? Yeah, that was never my hang place.

Who do you think could win it all?
I want Damian [Ketlo] or Eddie [Lin] to win but they’re going up against some strong players and those alliances. But that’s who I’m hoping will definitely bring it home.

Who was the hardest to live with, in your opinion? Did anyone get under your skin?
All of them. Oh my gosh, all of them. That was some serious energy in there. There were a lot of crazy people and I thought, you know, ‘Big Brother let’s start handing out some pills and chill this house down a little bit, please.’ There were a few like even Cory [Kennedy] coming in, I thought ‘OK she’s a little bit older and I really don’t believe that she’s 29.’ I thought that would be somebody that I could connect with but she was just as spinny as the rest of them.

Do you have an all-time favourite Big Brother Canada houseguest from previous seasons?
I have a few that I really love. I love Britney, Ika [Wong], I really liked Will from last year. Yeah. There’s been great people and I hope one day I’ll get to meet them.

Are you watching any other reality TV other than Big Brother Canada?
Of course not! Big Brother all the way.

Did you learn anything about yourself during your time inside the house?
I learned how to control myself. Seriously, you really have to kind of watch yourself just because of all the different situations that come up. But I learned that you know I can step outside of my comfort zones and I can survive.

What’s next for you in 2019?
I want to just go home and enjoy my family. I think I’d like to really, really focus on my readings that’s something that I love to do. I’m good at it and I’ve been doing it for over 20 years. And who knows maybe Big Brother will offer me another opportunity to reappear again one day.

Is there any closing statements that you’d like to leave your fans with?

For any of the older people out there, it is never too late. I’m a prime example. If you have something that you want to do, go for it! Who thought that I would get on Big Brother Canada? I’m living in Grand Prairie Alberta like this is a dream come true. My kids and I have watched BBCAN for years so I’m going to say just go for it.

[This interview has been edited and condensed.]

Big Brother Canada continues to offer unparalleled digital extensions that augment the social dynamics and real-time momentum of the 24/7 television production. #BBCAN7 extends from series to site at BigBrotherCanada.ca with exclusive content, full episodes, 24-hour live feeds, and a host of surprises and opportunities that allow fans to directly impact the show.

Big Brother Canada airs Wednesdays at 7 p.m. ET/PT, Thursdays at 8 p.m. ET/PT, and Sundays at 8 p.m. ET/PT on Global. For Season 7, viewers can stream #BBCAN7 live on GlobalTV.com and Global TV App by signing in with their TV service provider credentials or catch up the next day on GlobalTV.com and Global TV App (now available on Apple TV, Google Chromecast, and Amazon Fire TV), and BigBrotherCanada.ca.