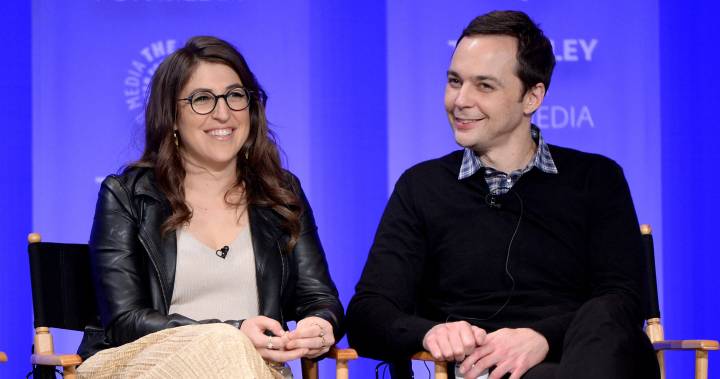 The Big Bang Theory fans rejoice: Jim Parsons and Mayim Bialik have just revealed on their social media accounts that they will be reuniting for an “exciting” project.

Though the duo will not be returning to the screen as their much-beloved Big Bang Theory characters — Sheldon Cooper and Amy Farrah Fowler — they revealed that they are currently working together on an all-new series entitled Carla.

According to Variety, the actors signed a deal with Fox for a multi-camera comedy show set to launch in fall 2020. The pair will also serve as executive producers.

Bialik, 43, has also been cast as the leading lady of the show, Carla, who is described as a 39-year-old woman coping with the turmoil of everyday life while running a car café somewhere in Louisville, Ky.

It’s currently unclear whether Parsons, 46, will act in the series.

The former co-stars concluded their longtime run on The Big Bang Theory back in May as the 12th and final season of the smash-hit “nerd” comedy came to its emotional end.

On acquiring the stars, Fox Broadcasting entertainment president Michael Thorn told Variety: “In pursuing a handcrafted approach to our scripted development, [we] knew Carla was a project with great potential that could become the centrepiece of our comedy slate.”

Thorn added: “Jim Parsons and Mayim Bialik coming to Fox Entertainment is obviously an enormous part of that equation.”

This photo provided by CBS shows Jim Parsons, right, as Sheldon and Mayim Bialik, left, as Amy in a scene from the television series ‘The Big Bang Theory,’ which airs on the CBS Television Network.

As reported by Deadline, Darlene Hunt will also serve as an executive producer and the main writer on the show. The series will be based off Miranda Hart’s original BBC series Miranda (2009-15).

Carla is set to be produced by Sad Clown Productions, a subsidiary of Warner Bros., to which Bialik signed earlier this year.

The actress took to Instagram, unveiling the news and sharing her excitement.

“Well, friends. Here’s what I’ve been doing and brewing… my friend and co-star, @therealjimparsons, and I are working together again! It’s been an incredibly windy road to get here,” she wrote. “So worth it.”

Bialik continued: “We could not be more excited to work together and bring you this show which features so many cats!”

“We’re early in this process and it has already been such fun and filled with joy,” he said. “But, no surprise: that’s usually what it feels like to work with @missmayim.”

As of this writing, Carla is expected to premiere in fall 2020.