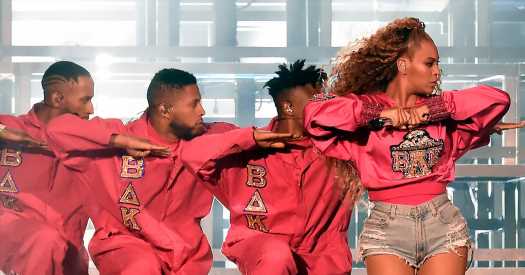 When it comes to Beyoncé releases, there is usually an element of surprise.

The singer — who perfected the secret album drop in 2013, and has since toyed with the tactic for releases like “Lemonade” and “Everything Is Love,” with her husband Jay-Z — did it again in the early morning hours Wednesday, one-upping the arrival of her own Netflix documentary, “Homecoming,” with a previously unannounced live-album version of the same concert.

Both the film and the album, also titled “Homecoming,” capture Beyoncé’s performance at last year’s Coachella Valley Music and Arts Festival, in which the singer — the first black woman to headline the event — was backed by dozens of dancers and an elaborate marching band for a set that nodded to the musical legacy of historically black colleges.

“There’s not likely to be a more meaningful, absorbing, forceful and radical performance by an American musician this year, or any year soon,” the critic Jon Caramanica wrote of the show in The New York Times. “It was rich with history, potently political and visually grand. By turns uproarious, rowdy, and lush. A gobsmacking marvel of choreography and musical direction.”

Now, the concert — which was live-streamed at the time and recreated for Coachella’s second weekend, but has existed only in bootleg form since — has been preserved for history in multiple mediums. The documentary, a Netflix exclusive billed as “a film by Beyoncé,” features footage from rehearsals and quieter backstage moments — “the emotional road from creative concept to cultural movement,” Netflix said.

The “Homecoming” album is a more straightforward recreation of the concert that became known as Beychella. It breaks the more than two-hour performance into 40 tracks, many of which are packed with multiple musical references and sections of other songs.

Beyoncé’s set list, which varied slightly over the two Coachella performances, included solo hits like “Get Me Bodied,” “Baby Boy” and “Formation,” the Destiny’s Child songs “Say My Name” and “Soldier” (with her former group mates Kelly Rowland and Michelle Williams) and various interludes with titles here such as “So Much Damn Swag” and “The Bzzzz Drumline.” She also included a rendition of the hymn “Lift Every Voice and Sing,” a song often referred to as the black national anthem.

While some recent Beyoncé releases have been available, at least for a time, only on Tidal, the streaming service owned by Jay-Z, the live album was released across all major streaming platforms, including Apple Music, Spotify and Google Play.

Since Coachella, Beyoncé has been largely quiet professionally, though she toured with Jay-Z last summer, surprising fans with the nine-track collaborative effort “Everything Is Love” along the way. She has not announced a follow-up.