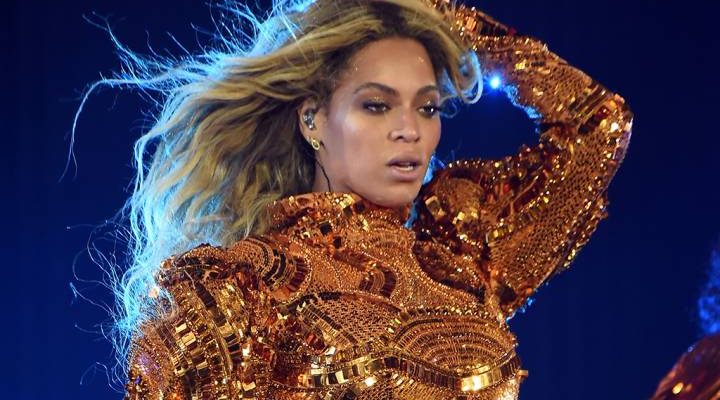 Under the name Queen Carter, the albums Have Your Way and Back Up, Rewind appeared on Spotify and Apple Music, featuring demos, previously released songs and unreleased tracks by Beyoncé. Hours later, they were removed.

Beyoncé Knowles performs on stage during the ‘On the Run II’ tour opener at Principality Stadium on June 6, 2018 in Cardiff, Wales.

The 10-track Have Your Way included songs like After All Is Said and Done, Beyoncé’s duet with Marc Nelson from the Best Man soundtrack, released in 1999.

As well as Hollywood, a song with Jay-Z from his 2006 album, Kingdom Come.

Another, was Hey Goldmember from the soundtrack for 2002′s Austin Powers in Goldmember, which also starred Beyoncé.

Beyoncé and Jay Z perform onstage during closing night of the ‘Formation’ world tour at MetLife Stadium on Oct. 7, 2016 in East Rutherford, N.J.

It also featured Crazy Feelings, the singer’s collaboration with Missy Elliott from the rapper’s sophomore album, 1999′s Da Real World; and Fever, a cover of the ’50′s hit used in an ad for Beyoncé’s perfume and for the soundtrack for The Fighting Temptations, another film Beyoncé appeared in.

Back Up, Rewind, featured 11 tracks including Keep Giving Your Love to Me, from the Bad Boys II soundtrack, released in 2003, and What It’s Gonna Be, a Beyoncé bonus track from 2003. The stand-alone song, Control, also appeared on streaming services.

Beyonce performs on the ‘On the Run II’ tour at MetLife Stadium on Aug. 2, 2018 in East Rutherford, N.J.

Beyoncé’s last three albums were released in surprise form: her self-titled album came out in 2013; Lemonade followed in 2016; and Everything is Love, her collaborative album with Jay-Z where the couple is billed as The Carters, was released earlier this year.

Beyoncé isn’t the first victim of the fake music leak scandal either.

On Thursday, R&B singer SZA, addressed an album of her older demos that recently hit streaming services under the name Sister Solana (her real name is Solana Rowe). SZA called the project “random scratches from 2015” and explained that the songs are “def not new new!”