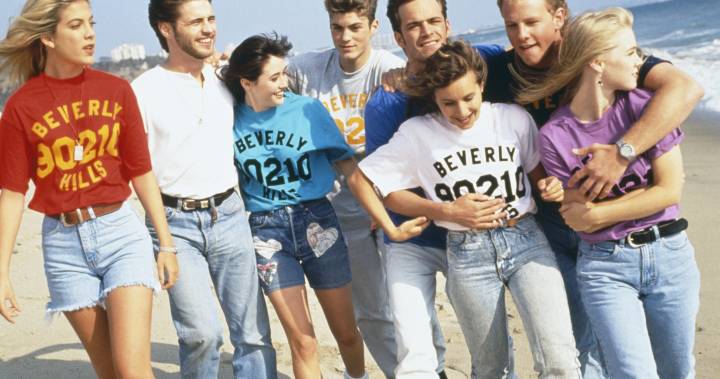 The original stars of Beverly Hills, 90210 are planning a high school reunion with a twist.

Fox said Wednesday that cast members including Jason Priestley (Brandon) and Jennie Garth (Kelly) will play “heightened versions” of themselves in a six-part series airing this summer.

Fox says the drama titled 90210 is inspired by the cast’s real lives and relationships, combined with what it termed a “healthy dose of irreverence.”

The action begins when one of the cast suggests they try to launch a reboot of Beverly Hills, 90210.

The show’s official description reads: “Having gone their separate ways since the original series ended 19 years ago, Jason, Jennie, Ian, Gabrielle, Brian and Tori reunite when one of them suggests it’s time to get a Beverly Hills, 90210 reboot up and running. But getting it going may make for an even more delicious soap than the reboot itself. What will happen when first loves, old romances, friends and frenemies come back together, as this iconic cast — whom the whole world watched grow up together — attempts to continue from where they left off?”

Two main actors from the original series, which aired from 1990 to 2000 and followed a circle of friends in high school and young adulthood, have yet to join the lineup for the Fox revival.

Luke Perry and Shannen Doherty have not signed on to take part in the new limited series.

Perry currently stars in Riverdale but there is a chance that the two could still take part in the series.

Many fans of the original series took to Twitter to discuss everything from casting to what the storyline could look like.

There’s no official release date but the teaser reveals that the new 90210 airs Summer 2019.