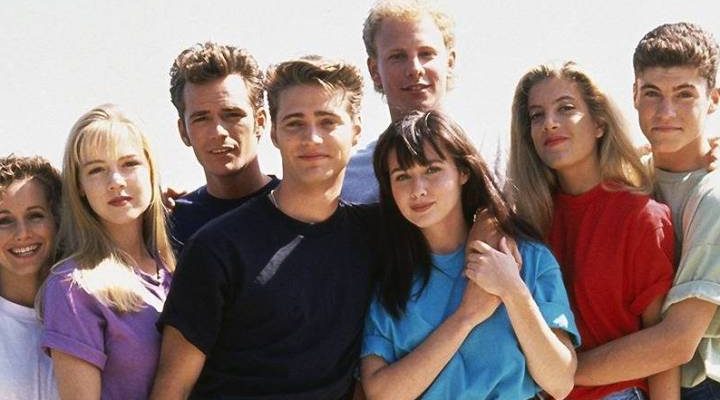 Even though Beverly Hills, 90210 has already been remade — recall TV series 90210, which ran from 2008-2013 — reports out of Hollywood say the ’90s teen drama is getting yet another resurrection, this time with the original cast members.

According to a report from Deadline, the showrunners who helmed the original reboot will be heading up this version as well. Apparently, this remake won’t be your “typical” remake, but there was no further elaboration on what that means.

Spelling, whose father Aaron was an executive producer of the original Beverly Hills, 90210, previously teased a return to the show in a March Instagram post. She tagged Garth and included hashtags #90210vibes and #donnaandkellyforver.

Actors Luke Perry and Shannen Doherty, beloved stars of the original, have not signed on to take part (according to the report). Their characters, Dylan and Brenda, are still considered one of the best original TV couples.

Beverly Hills, 90210 ran from 1990-2000 on Fox and was a defining show of the era. It spawned two other spinoff series, Melrose Place and the short-lived Models, Inc.

As of this writing, CBS Television Studios has not commented or confirmed the reports. Multiple channels are allegedly interested in signing on. Only time will tell if the series will see the light of day.