BRUSSELS — Belgium’s Africa Museum, once seen as Europe’s last unreconstructed museum of the colonial era, reopened on Saturday after a five-year, $73 million revamp.

The museum in Tervuren, on the outskirts of Brussels, had been overhauled in an effort to shake off its racist and pro-colonial image, said Guido Gryseels, 66, the museum’s director general, in an interview.

“Entire generations of Belgians came here and got the message that colonialism was a good thing, that we brought civilization and welfare and culture to Congo,” he said. 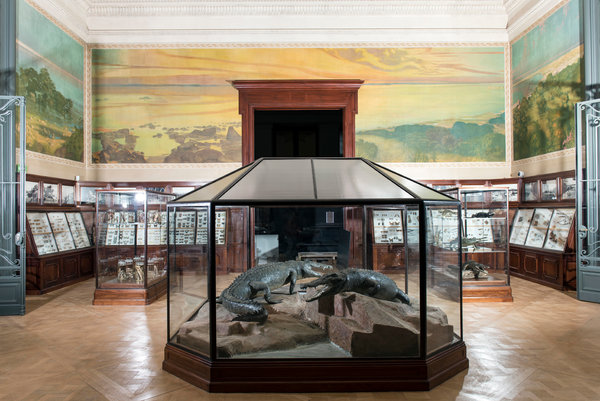 For almost 80 years, until Congo, now called the Democratic Republic of Congo, won its independence in 1960, Belgium’s scramble to extract rubber and other resources from the country incurred a frightful human cost, with millions dying of starvation and disease. Belgium also ruled neighboring Rwanda (which then included Burundi) from the early 20th century.

The museum’s reopening comes as Belgium tries to come to grips with its colonial legacy. Most of the collection of over 120,000 items comes from Congo, collected in colonial-era military campaigns, or by missionaries and scientific explorers.

The overhaul is the first change to the museum’s permanent collection since the 1950s. Many of the items on display — including masks, statues and preserved examples of Congolese wildlife — are the same as before, but they have been reordered and given new wall texts to highlight the problems of colonialism, and to allow the people of Congo and Rwanda to speak in their own words.

On entering the museum, visitors now first see displays explaining Belgium’s colonial legacy and how the museum’s items were obtained. Alongside this is a room of racist statues, portraying Africans as savages, that were previously dotted throughout the museum. One, “Leopard Man,” shows a masked African man wearing a leopard skin about to attack another asleep on the ground.

By placing the statues in a side room, the museum is distancing itself from its past without denying it, Mr. Gryseels said.

There are also now rooms that allow Belgium’s African community to tell its story, as well as others devoted to colonialism’s legacy in Congo and Rwanda, from its impact on natural resources to climate change.

The renovation had one major difficulty, Mr. Gryseels said: The museum’s main building has colonial statues and symbols built into its walls. During a recent tour, he stopped in one room and pointed to some gold statues in alcoves. One was of black children clinging to a white missionary. Another was of a topless African woman dancing.

Mr. Gryseels recited the names of some of the statues: “Belgium Brings Civilization to Congo” and “Belgium Brings Security to Congo.” He sighed: “See what we’ve had to deal with?” The statues could not be removed because the building is protected by heritage laws, he added.

The museum’s solution has been to commission contemporary artworks to sit opposite or next the offensive items. In a memorial room that contains a wall with the names of Belgians who died in Congo, for instance, an artist uses a projector to superimpose the names of Congolese victims of colonialism.

The overhaul goes some way toward presenting objects from Africa in a more sensitive way. But, for some, the artifacts’ presence in a Belgian museum remains problematic. Following the publication of a French report last month that called on museums there to return items to their countries of origin, some in Belgium restated similar sentiments.

Mireille-Tsheusi Robert, president of Bamko-Cran, a nonprofit that fights racism in the country, said in a telephone interview that the organization has asked Belgium’s government to return all objects in the museum. “It’s a cemetery for my ancestry,” Ms. Robert said.

Pressure to return items is also coming from outside the country. On Dec. 1, President Joseph Kabila of Congo, told Belgium’s Le Soir newspaper he would likely ask for the restitution of Congo’s heritage in May, a month before a new national museum is due to open in Kinshasa, the capital. Mr. Kabila did not say which items would be requested and the director of its current national museum did not reply to requests for comment.

King Philippe of Belgium had been expected to appear at the renovated museum’s official reopening on Saturday, but pulled out because of the controversy. There was speculation that the king would use the event to offer an apology for Belgium’s colonial adventures, and many were disappointed by the decision.

Mr. Gryseels has been trying to change Belgium’s view of its past since being appointed to run the Africa Museum in 2001. In 2005, he held an exhibition that shocked many by showing what happened in the colonial period and how its legacy damages Congo still.

The renovation continues that work, but even some of the museum’s staff and advisers feel it does not go far enough. “It remains a Belgian museum, with a Belgian view on central Africa,” said Ayoko Mensah, the museum’s main adviser from Belgium’s African community. “What’s needed is a new collection.”

Aimé Mpane, a Congolese artist who now has a statue in the museum, said in an email that he wanted some objects to be returned. “It’s a way to recover our identity and stolen memories,” he said. He admitted Congo’s politics are unstable, but added, “I do not like this idea that we are not ready to manage our collection.”

Politicians need to be careful not to “fall into the trap of overnight decisions without careful reflection,” Mr. Gryseels said when asked about the issue. “People talk about Africa like it’s one country, but you can’t compare one with the other,” he said. “The situation is very different in, say, Nigeria, Senegal, Rwanda and Kenya, where you have good museums and basic infrastructure.” Countries like Congo need improvements in museums and security, he added.

The Africa Museum has experienced problems returning objects before, Mr. Gryseels said. Between 1976 and 1982, it sent back 114 objects to Congo. The country was then ruled by Mobutu Sese Seko, a dictator who renamed the country Zaire in a break with its colonial past. But after Mr. Mobutu’s regime collapsed and the country fell into civil war, most items went missing and are assumed to have found their way onto the black market. Mr. Gryseels said he is sometimes alerted about items for sale.

Mr. Gryseels admitted that by highlighting such issues he could make himself unpopular among those seeking to return objects. But he said he should not be misunderstood: Objects should be returned where possible. “It’s not normal that 80 percent of African heritage is in Europe. We need to do something about it,” he added.

Mr. Gryseels said that in some cases it is better to first talk about long-term loans, or helping Congo build its own museums and staff to conserve objects.

For this weekend at least, Mr. Gryseels is more focused on his museum reopening than the restitution debate. Sitting in a meeting room in the museum’s small offices, he said will know the renovation is a success if Belgian visitors learn something new about Africa.

“They don’t necessarily have to walk away saying colonialism’s a bad thing, but they’ve reflected on it and they understand the consequences of it,” he said. “That’s what I want: A reflection.”