Ron English says he plans to paint over the north London mural because street art “shouldn’t be bought and sold”.

Slave Labour, which depicts a young child on his knees at a sewing machine, producing a string of Union Jack bunting, was painted on the side of the bargain store in Wood Green in 2012. 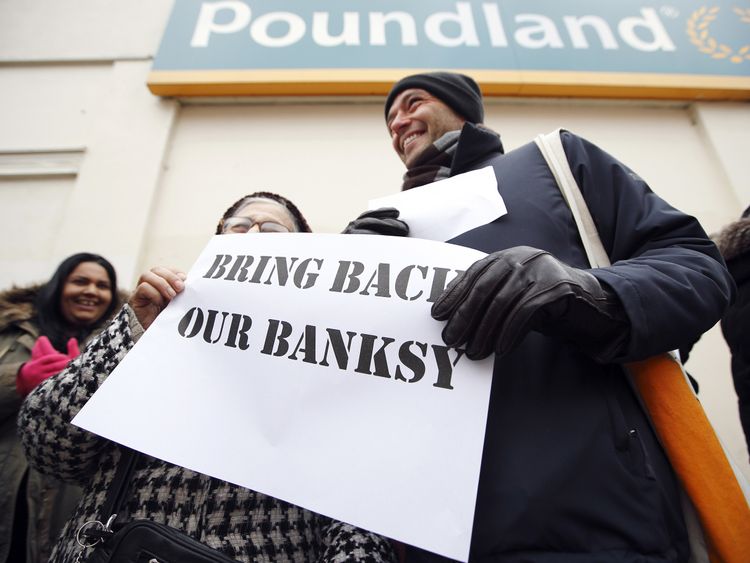 Believed to be a protest against sweatshops used to manufacture souvenirs for the London Olympics, it was removed from the wall in February 2013, to the anger of residents.

“My idea for this painting is to whitewash it for my good pal Banksy, I only wish I could’ve spent more money for it,” he said.

“I’m going to paint it white again, I’m done. This is a blow for street art. It shouldn’t be bought and sold.

“I’m going to paint over it and just include it in one of the walls in my house. We’re tired of people stealing our stuff off the streets and re-selling it so I’m just going to buy everything I can get my hands on and whitewash it.”

Mr English, who said he had spent time in Palestine with Banksy, added: “Then of course I’ll sell the whitewash painting for a million dollars. I’m crazy but I’m not stupid.”

Last month, a Banksy piece sold for more than £1m partially “self-destructed” after the hammer came down.

Girl With Balloon, one of the anonymous artist’s most famous works, passed through a secret shredder installed in the frame.

The buyer later confirmed they were going through with the sale.