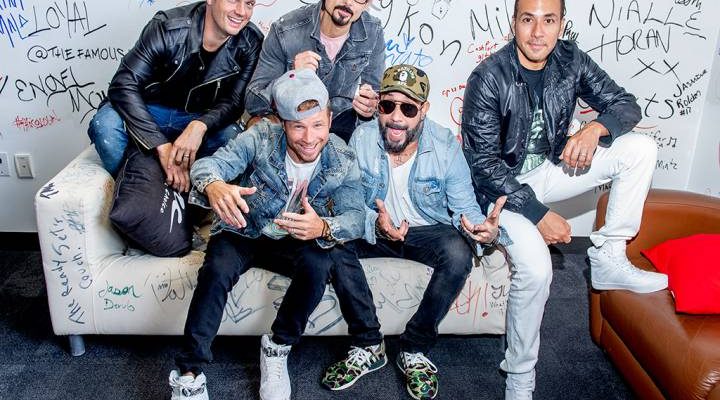 Backstreet’s back? All right!

The Backstreet Boys (BSB) revealed their plans for an extensive world tour on Friday morning. The summer trek will take them all across North American for 43 stadium-sized shows, seven of which will take place in Canada. It will be their first tour of this calibre in almost two decades.

The massive run will be to promote their upcoming album, DNA, which was announced only hours prior. It will be their first studio album in more then six years, following A World Like This (2013).

Not only did the five-piece announce a gigantic world tour, they also dropped the sophomore single from DNA. It’s called Chances and it came along with a video that somehow successfully romanticizes public transit.

In an interview with USA Today, AJ McLean described the meaning of the song:

“You could literally miss your train and happen to lock eyes with this person, and just lose yourself in that moment and go to whatever lengths to actually be with that person,” he said.

DNA will be the boy band’s tenth studio album. It will be released under RCA Records on Jan. 25, 2019.

The DNA tour will commence on July 12 in Washington and conclude in Newark on Sept. 15.

Each concert ticket purchased will include a CD copy of DNA.

Along the way BSB will stop in Ontario, Quebec, Manitoba, Alberta and B.C. for seven Canadian shows.

Now may be a good time to dust off those old Backstreet Boys magazines, because after more than a half-decade, the lads are back in full form.

Backstreet Boys onstage during the iHeartRadio Wango Tango at Banc of California Stadium on June 2, 2018 in Los Angeles, Calif.

Tickets go on sale to the general public on Nov. 14 at 10 a.m. ET. They are available through the BSB website.

Members of the Backstreet Boys fan club, will gain early access to an exclusive presale taking place on Nov 10. at 10 a.m.