Of course, dancing is to be expected in a Broadway musical called “The Prom.” But the happiest surprise is what an unpretentious delight that dancing is.

In “The Prom,” directed and choreographed by Casey Nicholaw, two musical theater actors from New York want to prove to the world that they’re not narcissists. Joined by a Juilliard graduate whose career is on the wane and a jaded chorus girl — she has quit “Chicago” after 20 years because the producers won’t give her a shot at playing Roxie Hart — they end up in Indiana, where a school has announced it will cancel the prom instead of allowing a gay student to attend with her girlfriend.

But there’s another lead character of sorts in “The Prom”: the ensemble. While the movement of the main players, the New York gang, is rooted in musical theater, the young dancers — the teenagers in the town — are grounded, more pedestrian. Their steps, performed mainly in sneakers, are rooted in hip-hop.

“The Prom” emphasizes those contrasting dance styles. “It’s traditional versus new, and that is the two sides,” Mr. Nicholaw said in an interview. “The musical comedy side and the more realistic side of things.”

Dance is the conduit for bridging the two worlds. By the end, the forms build and blend, finding — just as the characters do — a way to get along. All the while, the lessons of dance are embedded in the story. When Emma, the gay protagonist, needs to be convinced to protest on national television, Angie, the chorus girl — played with grit and sincerity by the veteran Broadway dancer Angie Schworer — tells her: “Look, kid. Not everybody gets a chance to step out of the chorus. You got to do it for all us people who used to be called ‘gypsies.’” 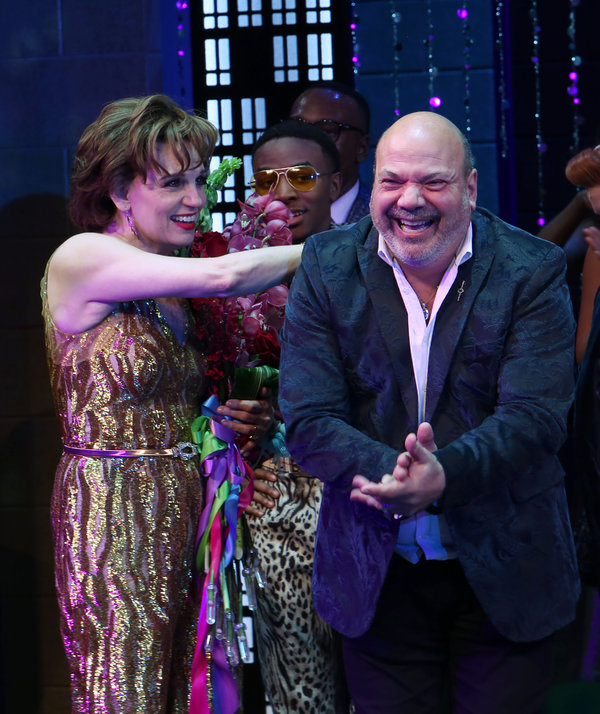 Mr. Nicholaw, 56, whose credits include “Mean Girls” and “The Book of Mormon,” knows a thing or two about that. He spent years working as a dancer on Broadway. “I waited tables in every restaurant,” he said. “I did a few regional things here and there, but not that much and then the strangest thing happened: I started losing my hair, and then I got so much work.”

As a character actor who could dance, he appeared in eight Broadway productions — in all but one, as a member of the original cast. For Mary Antonini, an ensemble performer in “The Prom,” that matters.

“He did what we do,” she said. “Dancers can sometimes get a bad rap for being really intelligent in their bodies and not in their minds. He doesn’t believe in that stereotype. The way that he treats us is as equals, because he knows how hard the work is. All of the parts of me as an artist are used, and that is so fulfilling.”

The resulting choreography in “The Prom” is so explosive that Ms. Antonini said it must start, for the dancers, from a deep, internal place. “This show doesn’t have fireworks or pyro,” she said. “The dance is enough, the rhythm is enough. The dance is the thing.”

Mr. Nicholaw needs his dancers to possess more than good technique, although that is there, too. “You want to make sure that all of the energy is coming out of their fingertips,” he said, “so they’re dancing with everything they have.”

And they do. Recently, Mr. Nicholaw talked about the purifying power of “The Prom,” what turned the show around and the energy of dance. Here are edited excerpts from the conversation.

Do you find the spirit of the dancing in “The Prom” cathartic?

Yes, and I just love that everyone is dancing together at the end and that the song is called “It’s Time to Dance.” In every way. Do you know what I mean? The world has gotten so serious. It’s time to dance. It’s time to let loose. It’s time to be on a dance floor together.

And to feel your body?

That’s it. When it feels right, you’re going to move.

Not to be corny, but isn’t it also about showing how different styles can live side by side?

This show particularly moved me. I started working on “Prom” seven years ago. It was before I worked on “Mean Girls.” No one wanted to leave it. We wrote for everyone’s personalities and around everyone’s strengths. Angie is playing an aging dancer named Angie.

How does the finale, “It’s Time to Dance,” fit with that aspirational quality?

I wanted it to feel like everybody can dance together, which is why the entrances are so important. The moment when the kids all come in to the dance gets me every time. You see a straight couple and a straight couple, and then two guys. And then another straight couple and two girls, and it’s the normality and wide-eyed joy of just looking at a simple thing like a prom that I think is so delightful.

Did the show change much over time?

It was a hard tone to find. We did a lab four or five years ago and people didn’t love it that much. The tone of it was too musical comedy.

What did you do?

I realized it needed to be a little bit more in a play box with the musical theater people invading it. That’s kind of what turned the show around.

How did you verse yourself in hip-hop movement?

It was a little daunting at first. My way in was the percussiveness of it. I started as a tap dancer, so I got into it by thinking about the rhythms of things and what I would do if I were tapping. A little less traditional tap, but that’s kind of how I got into it. It was just thinking about rhythms and then putting feet and arms to it.

What do you prize most in your dancers?

Sharpness and containment. That’s always really important to me: that you can feel the energy in their line, in their bodies as they’re moving and that it’s not flailing. When you spread energy, you don’t really see what the dance is. It’s like a powerful, strong energy that’s being contained within your body and limbs, but it also makes you more watchable. I’m so based on energy and the energy of dance.

And how does that work in “The Prom”?

It’s just a joyful expression, and we all need that, don’t we? To be able to do it in a theater is really cool. To watch something really joyful and to see the energy bouncing off the stage and infusing the audience with a little of that? It’s awesome.