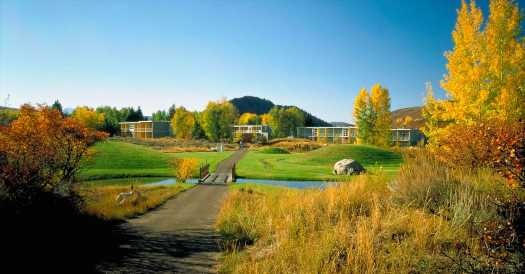 Herbert Bayer, one of the masters of the Bauhaus school, was a polymath: a painter, an architect, an industrial designer, a photographer and a typographer who invented his own alphabet. He also helped transform Aspen, Colo., from a mountain outpost to a cultural hub.

Now, Bayer is getting a permanent tribute in Aspen, where he lived for more than 30 years and designed landmark buildings including the Wheeler Opera House. The philanthropists and entrepreneurs Lynda and Stewart Resnick have donated $10 million to the nonprofit think tank the Aspen Institute, for a center dedicated to Bayer that will be located on the Aspen Institute’s Aspen Meadows campus, which Bayer designed. The facility, the Resnick Center for Herbert Bayer Studies, will have galleries, educational programs, and an overall aim to provide tools for the preservation and study of Bayer’s work.

“This will be a repository for his work, and at the same time an active learning center,” said Dan Porterfield, the president and chief executive of the Aspen Institute. “It will study his influence and the influence of the Bauhaus, and will stretch across the generations.”

The Bauhaus was a German art and design school that operated between 1919 and 1933, and spawned a revolutionary approach to design and architecture. This gift comes at the time of the centennial of Bauhaus, when a number of exhibitions have honored its legacy in art and design. The new center, which is slated to open in the summer of 2022, will be built in Bayer’s style. It will acquire new works, house existing art, and borrow from major institutions. 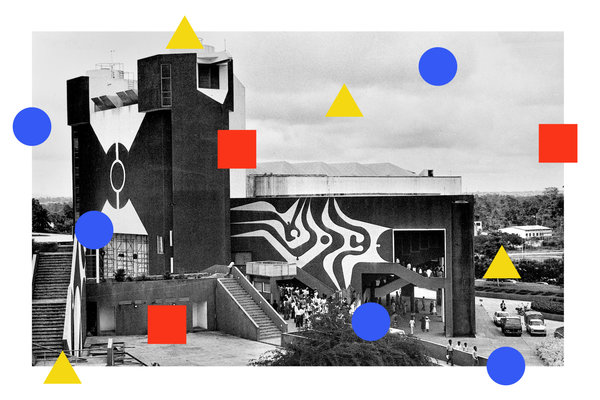 “It will be built in the same way he worked, where form follows function,” said Ms. Resnick, who has spearheaded both the donation and the vision for the center. Ms. Resnick has been collecting Bayer’s work since roughly 2006, when she became enamored with his designs and the Bauhaus more broadly and plans to eventually donate her collection to the center. “He’s not here, but we can conjure him up.”