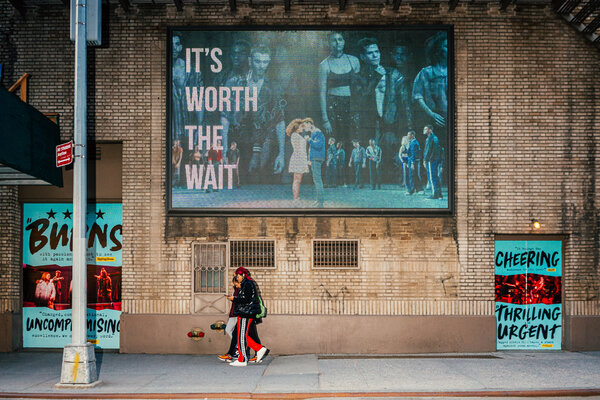 As Broadway prepares for a fall reopening, the “Hamilton” producer Jeffrey Seller said he will mandate that all of his show’s employees, including the cast and the backstage crew, be vaccinated against the coronavirus.

Seller is the first producer to make such a declaration publicly, and it is not clear whether any of Broadway’s many labor unions could or would challenge such an effort. Brandon Lorenz, a spokesman for the Actors’ Equity Association, said of a vaccination requirement, “That would be something we would find acceptable, as long as the employer complies with the law.”

Broadway’s cast and crew work in very close quarters in tight backstage spaces, and actors onstage are extensively exposed to one another’s exhalations because they are unmasked, speak and sing loudly in proximity, dance in partnered and group configurations, and in some shows kiss or fight.

Seller’s plan comes as many American colleges and universities say they will require students to be vaccinated, and employers are wrestling with whether to do the same.

Broadway producers, many of whom announced resumption plans over the last week, are still figuring out details, including what safety measures will be necessary come fall. But social distancing is not expected, and ticket prices, from early reports, are not going down.

Seller, who said he does not plan to require vaccination for patrons, disclosed his intentions in a joint interview with Thomas Schumacher, who as president of Disney Theatrical Productions is the producer of “The Lion King,” and David Stone, the lead producer of “Wicked,” in which the three discussed their decision to reopen their productions — all popular juggernauts — on the same night, Sept. 14.