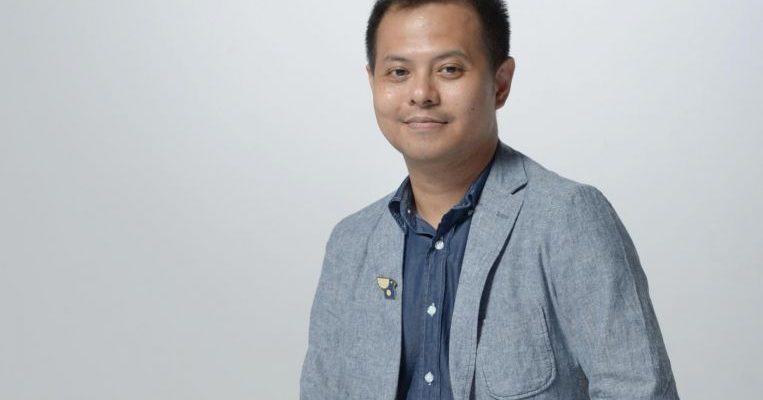 SINGAPORE – Members of Singapore’s arts community are rallying around the writings of poet and playwright Alfian Sa’at online after Education Minister Ong Ye Kung quoted some lines from Alfian’s 1998 poem Singapore You Are Not My Country in Parliament on Monday (Oct 7).

Many felt these lines had been taken out of context and have begun sharing the poem in its entirety on social media, as well as other early poems by Alfian.

Mr Ong was speaking about the withdrawal of a proposed Yale-NUS College module on dialogue and dissent last month, which would have been led by Alfian.

The minister told MPs he wanted to give them a flavour of Alfian’s thinking, saying concerns that the project might be used for partisan political activities to sow dissent against the Government are not unfounded. He noted that the programme included dialogues with persons convicted of public order offences, and those who had shown disloyalty to Singapore.

Mr Ong quoted a few lines from the poem, “Singapore, I assert you are not a country at all/ Do not raise your voice against me, I am not afraid of your anthem” and “…how can you call yourself a country,/ you terrible hallucination of highways and cranes and condominiums/ ten minutes’ drive from the MRT?”

“This is a poem, and we might concede some artistic licence,” he added. “But Mr Alfian Sa’at continues this attitude consistently in his activism.”

Ambassador-at-Large Tommy Koh, a champion of the arts, wrote on Facebook: “We should not demonise Alfian Sa’at. He is one of our most talented playwrights. I regard him as a loving critic of Singapore. He is not anti-Singapore. I admire very much his plays, Cooling Off Day and Hotel.

“It is of course true that some of his writings are critical of Singapore. But, freedom of speech means the right to agree with the government as well as the right to disagree.”

Alfian, a much-lauded writer who has won multiple Straits Times Life Theatre Awards for plays such as Nadirah (2009) and Hotel (2015), has often been critical of the establishment in his writing and called for more freedom of expression in the arts.

Actress and former Nominated MP Janice Koh wrote that Singapore You Are Not My Country is one of her favourite poems by a Singapore writer. “What we truly need, more than ever, is an appreciation of loving critics and critical lovers,” she added.

He wrote that although he may disagree with Alfian on things, he turns “almost instinctively” to Autobiography when asked to teach Singapore poetry. “And whoever they are – schoolchildren, migrant workers or even passers-by, drawn by the poem’s magic – I’ve never once had to explain to my students that this is a poet who loves his country. Not the glossy Singapore of tourist ads, but the other one that lies beneath the skin, far closer to the bone.”

Others took the route of humour. Poet Gwee Li Sui posted a spoof of Singapore You Are Not My Country, which began “Yale-NUS, you are not my university”.

Singapore You Are Not My Country is more than 20 years old and was first published in Alfian’s debut collection One Fierce Hour when he was 21. Over more than 100 lines, the speaker questions his relationship with a rapidly developing Singapore and examines the country’s own uncertainty about its national identity.

In 2016, ST reported that Singapore You Are Not My Country had been taught in a global literatures module at the University of York for the past three years.

Anne Lee Tzu Pheng, one of Singapore’s most eminent poets, reviewed One Fierce Hour for The Straits Times in 1998, saying of Singapore You Are Not My Country: “What, for me, makes this and the other seemingly contentious poems better than mere attention-seeking harangue is the presence of intense personal struggle.”

Lee, a Cultural Medallion recipient, was herself the subject of controversy when she published her 1967 poem My Country And My People, which began with the line: “My country and my people/ are neither here nor there.” It was banned from performance on radio.

In her review of Alfian, she noted: “The greatest poets, in any language, have been critical of their society or government, yet their art has shown effectively that their criticism is based on love.

“We tend to forget that love of country is, in essence, love of human beings.

“No relationship based on love is ever easy but it is worth striving for. In art, as in life, we only ask that it be pursued with integrity and spiritual passion.”

Veteran architect Tay Kheng Soon, an adjunct professor at the National University of Singapore, said on Facebook that Mr Ong “is a good guy, I like his honesty and activism – that’s why I think he made a mistake to rub down Alfian Sa’at by referencing his poem”.

“We are in crisis,” he added. “Crisis is opportunity. Opportunity to nip in the bud tender shoots or to farm the garden of discontent for many flowers to bloom. It is always easier to flatten the soil but create a wasteland instead.”

In a Facebook post dated Oct 8, Alfian appealed for commenters not to make personal criticisms of Mr Ong.

He wrote: “You can direct your criticisms instead at policies, programs, agendas, ideologies. You can question how the government has chosen to define ‘academic freedom’.”