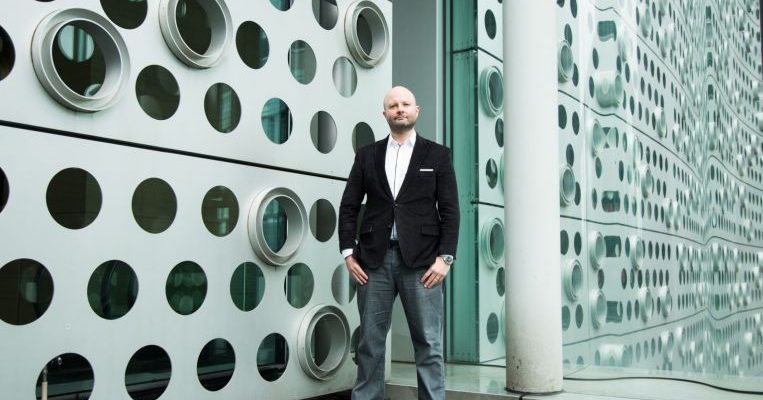 SINGAPORE – One year before the debut of new art fair ART SG, one of the three partners in the venture, MCH Group, parent company of the famous Art Basel brand of art fairs, has exited the partnership.

Taking its place is art-fair doyen Magnus Renfrew, co-owner and director of the new Taipei Dangdai fair in January. He and the two ART SG co-founders Tim Etchells and Angus Montgomery Arts, had worked together for over a decade on the well-known ART HK fair, which was acquired by MCH Group in 2013 and rebranded Art Basel Hong Kong.

Mr Etchells and Angus Montgomery chairman Sandy Angus are also behind the upcoming Taipei Dangdai, as well as the Art Central contemporary art fair in Hong Kong, held every March since 2015.

Over the phone, Mr Renfrew, 43, dismissed the idea of competition between ART SG and the fairs in Hong Kong and Taipei. For starters, Taipei Dangdai is aimed at domestic collectors, he says.

He also compared the South-east Asian countries with a population of 650 million to Europe, which has a total population 740 million people. “We have many different art fairs of significant quality across Europe. There’s opportunity in Asia to have a number of different events,” he said.

Mr Renfrew said Singapore will be a “touch point” to engage “a substantial and affluent base of potential collectors around South-east Asia”.

“There’s a highly affluent market based there. I think the fairs elsewhere in the region are performing less well than (expected),” he added, declining to name names.

Singapore’s flagship international art fair, the eight-year-old Art Stage Singapore, has reported falling exhibitor and visitor numbers since 2016. This January’s edition had 84 exhibitors, compared with 131 galleries last year and 170 in 2016.

Despite this, MCH Group had announced its entry into Singapore through ART SG, as part of the Swiss company’s expanding portfolio of regional art fairs, including the India Art Fair. Like Mr Renfrew, spokesmen for MCH Group seemed confident of engaging South-east Asian collectors over the long term.

However, the company known for its art and luxury fairs around Europe has faced financial setbacks since watch company Swatch in July pulled out of MCH Group’s 2019 edition of annual trade fair Baselworld.

On Friday (Nov 2), the group said in a media release that as part of cost-savings measures, it would sell its shares in the India Art Fair and pull out of ART SG. It is focusing on the existing Art Basel parcel of art fairs in Basel, Miami Beach and Hong Kong.

It still plans to expand into Asia but through its art, antiques and design fair, Masterpiece London, in 2020, with details to be released next year.

ART SG plans to bring in around 80 established and experimental contemporary art galleries next year. Participants will be chosen by a selection committee – still being set up – and focus on South-east Asia, with room for international galleries keen to engage with the region.

The idea is to curate a fair with an identity unique to Singapore and South-east Asia. “We want to create something that is really credible and draws collectors,” said Mr Renfrew.

ART SG’s newly named fair director, Ms Yang, has spent most of her career in South-east Asia, including with Christie’s auction house and Sundaram Tagore Gallery.

She said in a press statement: “I am excited to be taking on the role as fair director for ART SG, which I firmly believe in as a platform to support and nurture the ecology of our galleries, artists and collectors. To be given the opportunity of developing a fair of real significance both for the city and the wider region is a privilege.”