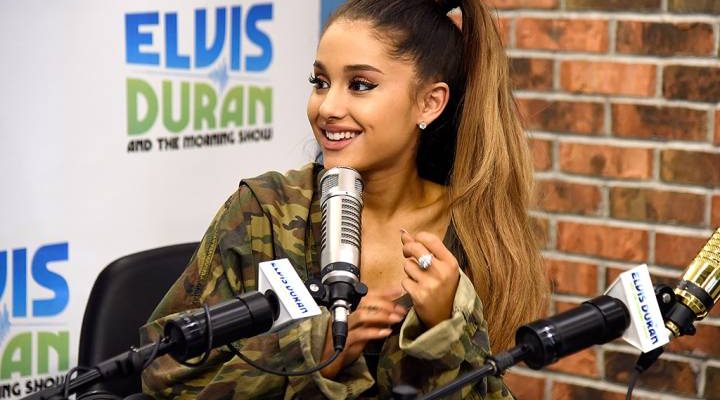 The holidays often work their magic to bring people back together. Looks like Thank U, Next may no longer apply to this man in Ariana Grande‘s life.

The 25-year-old revealed that she was still on good terms with her father, Eddie Butera, after a falling out of touch in 2013.

Grande posted an image to her Instagram on Tuesday evening — it depicted Butera on the other end of a FaceTime call clad with a wide-eyed grin.

Ariana Grande’s father, Eddie Butera on the other end of a FaceTime call with his daughter on Dec. 25, 2018.

Grande has never revealed why she and her 60-year-old father lost contact, but admitted to Seventeen magazine in 2014 that it was the “toughest thing she has ever had to deal with.”

“It took me so long to be OK with it,” she admitted. “The thing that got me there was embracing the fact that I am made up of half my dad, and a lot of my traits come from him.”

She added that while they didn’t always get along, she came to accept it and still loves him.

“So much of me comes from my father, and for so long, I didn’t like that about myself,” she added. “I had to accept that it’s OK not to get along with somebody and still love them.”

Arianators across the globe were quick to assume some of the lyrics from her chart-smashing hit, Thank U, Next, cemented an estrangement from her father.

The empowering track was written to address a number of her previous relationships in a positive manner, showing that while she learnt valuable lessons, she’s ready to move on because she ultimately deserves better.

In the final verse, she sings about getting married in the future, stating that her mother would walk her down the aisle.

“One day I’ll walk down the aisle / Holding hands with my mama / I’ll be thanking my dad / Because she grew from the drama.”

It is unclear if these lyrics were directed towards Butera, however, recent events suggest they have patched up whatever was dividing them.

Butera has shared his undying love for his daughter on Twitter over the course of the last few years.

He has also shared a number of images, birthday wishes and other memories of Grande and her older brother, Frankie Grande, in their childhood.

Butera was married to mother, Joan Grande, in 1992 before they had their sole child. The pair divorced in 2003 for undisclosed reasons, which ultimately led to the slow decay of his and Grande’s relationship.

In the last couple of years, Grande hinted at their reconciliation. She began to return her love with a series of photos of the two together.

She first posted an image of her with Butera on Father’s Day in 2017 captioned, “I love you,” with a smiley emoji.

Ariana Grande promotes new album ‘My Everything’ at DiverCity Tokyo Plaza on Sept. 14, 2014, in Tokyo, Japan.

Grande will be returning to the stage in 2019 to celebrate her latest album, Sweetener (2018) and the forthcoming Thank U, Next.

The world tour will commence with a 42-date leg across North America, spanning from March to June of 2019.

Tickets for the Sweetener tour are now on sale and can be purchased through the official Ariana Grande website.