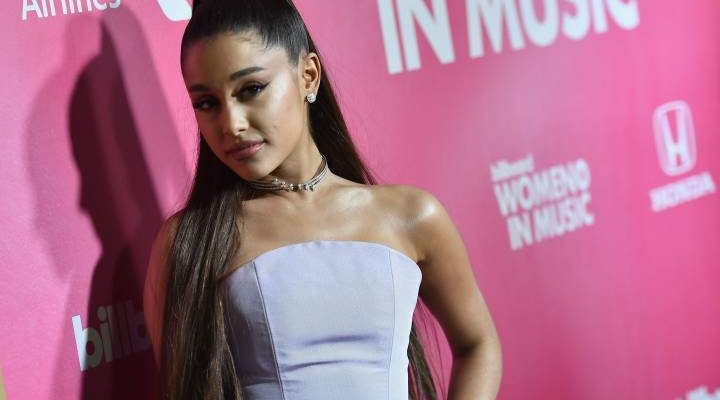 The Dangerous Woman is sick of waiting.

After teasing the release of a brand new song, Ariana Grande decided three days was just too much for her fans. She dropped Imagine on Friday morning and it serves as the second single from her upcoming studio album, Thank U, Next.

Lyrically, Imagine is one of the 25-year-old’s most amorous songs yet. The concept revolves around the idea of finding the perfect partner after a multitude of failed relationships. It details the glamour of finding “the one” and all the intimate thoughts that come in being with that person.

As of this writing, it has claimed the No. 1 spot on iTunes in more than 40 countries. It is her fastest song to top the chart since her 2014 smash hit, Problem.

Before releasing the single, Grande engaged in a Q&A session with her fans on Twitter. She hilariously called out Drake and Kanye West for their behaviour toward each other.

“If y’all could please just behave for a few hours so the girls can shine, that’d be sick. Thank you,” she wrote referring to the rappers’ ongoing feud.

Grande released the music video for the first self-titled single only two weeks prior. The Thank U, Next video pays homage to a number of cult-teenage comedy films that dominated the 2000s, including Legally Blonde (2001) and Mean Girls (2004).

Not only that, but there were a huge variety of celebrity cameos sure to induce a hearty chuckle.

At the crack of midnight, Grande posted the link to the world. Following the common 2018 trend, she received an influx of love and support from her loyal and dedicated fans, the “Arianators.”

It’s clear that her listeners love it. Here are some of the lovely tweets the singer received after releasing Imagine.

“@arianagrande how many hits can you drop? Holy s**t,” wrote one fan.

As of this writing, there is no official release date slated for Thank U, Next, however, Grande often goes by her own schedule.

It is expected for an early 2019 release and will be promoted along with her latest album, Sweetener (2018), on her upcoming tour.

Grande will return to the stage early next year. The world tour will commence with a 42-date leg across North America, spanning March to June of 2019.

Tickets are on sale now and can be purchased through the official Ariana Grande website.