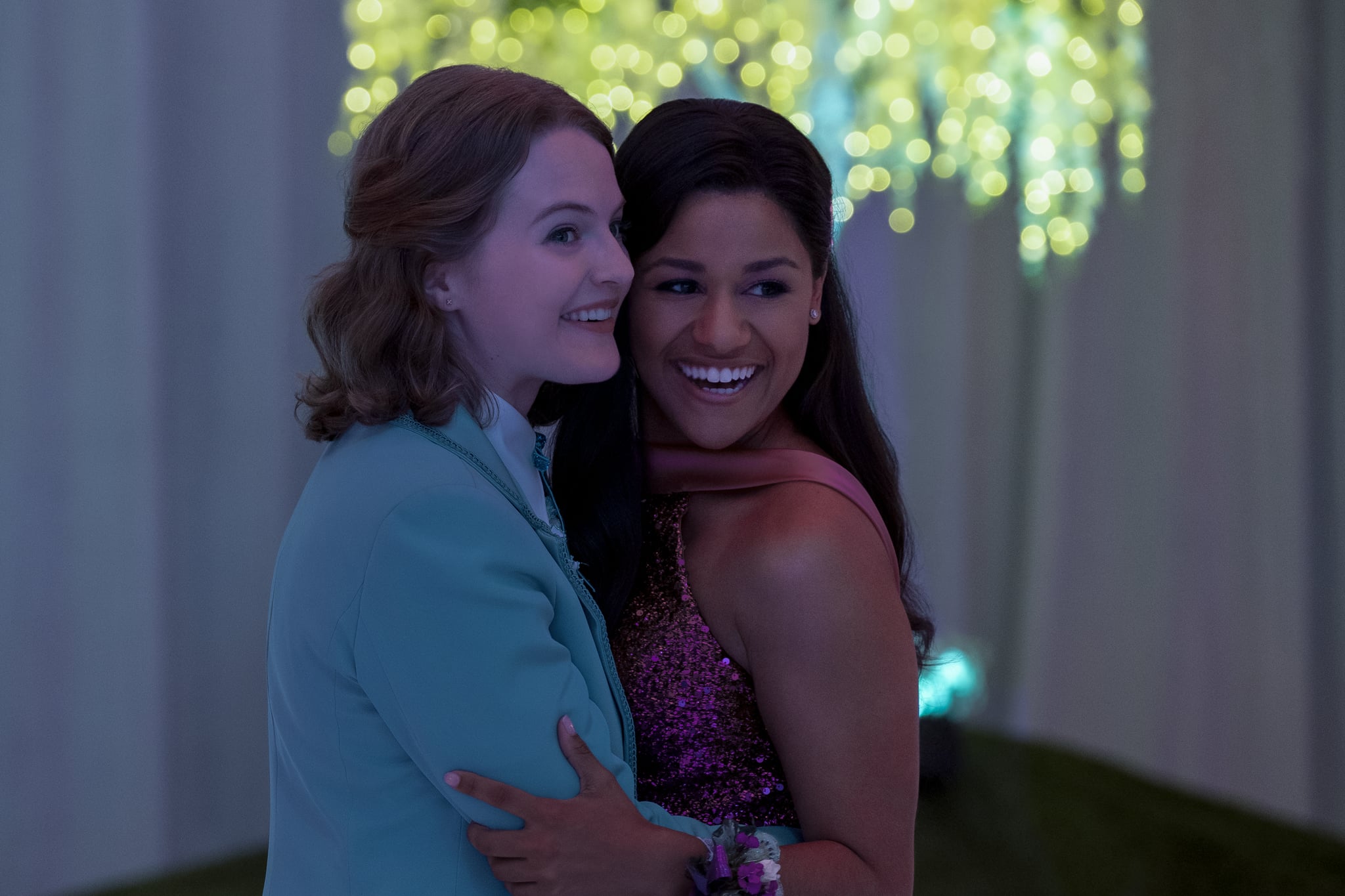 As a cisgender, heterosexual Black woman who went to an all-girls high school in New York City, there isn’t much that I can presumably relate to in the Broadway musical The Prom. Much like the live show, Ryan Murphy’s film adaptation of the musical follows four down-on-their-luck Broadway stars who set out to help a high schooler after discovering that she’s banned from taking her girlfriend to prom. Though the four only plan to help Emma to give their self-centered images a charitable boost, they find themselves emotionally invested in her story, and when it backfires, genuinely fighting to give her a night she won’t forget.

It’s impossible not to fall in love with Jo Ellen Pellman’s endearingly earnest Emma, but I found myself connecting with Ariana DeBose’s Alyssa. The West Side Story actress plays the popular girl in school with a chip on her shoulder in the form of her mother, Mrs. Greene, the head of the PTA. Although the film mainly focuses on Emma, viewers are also privy to Alyssa’s struggles with her b*tchy cheerleader friends and stern mother (played by Kerry Washington, whom DeBose described as “sunshine” and an “angel human”), who she struggles to come out to throughout the film. It’s not often that we get to see Black faces at the forefront of LGBTQ+ stories, especially women and their mothers. But the bond between Alyssa and Mrs. Greene is so familiar to me that, even though I couldn’t intimately understand the high schooler’s plight, I could appreciate the familiar dynamics between mother and daughter.