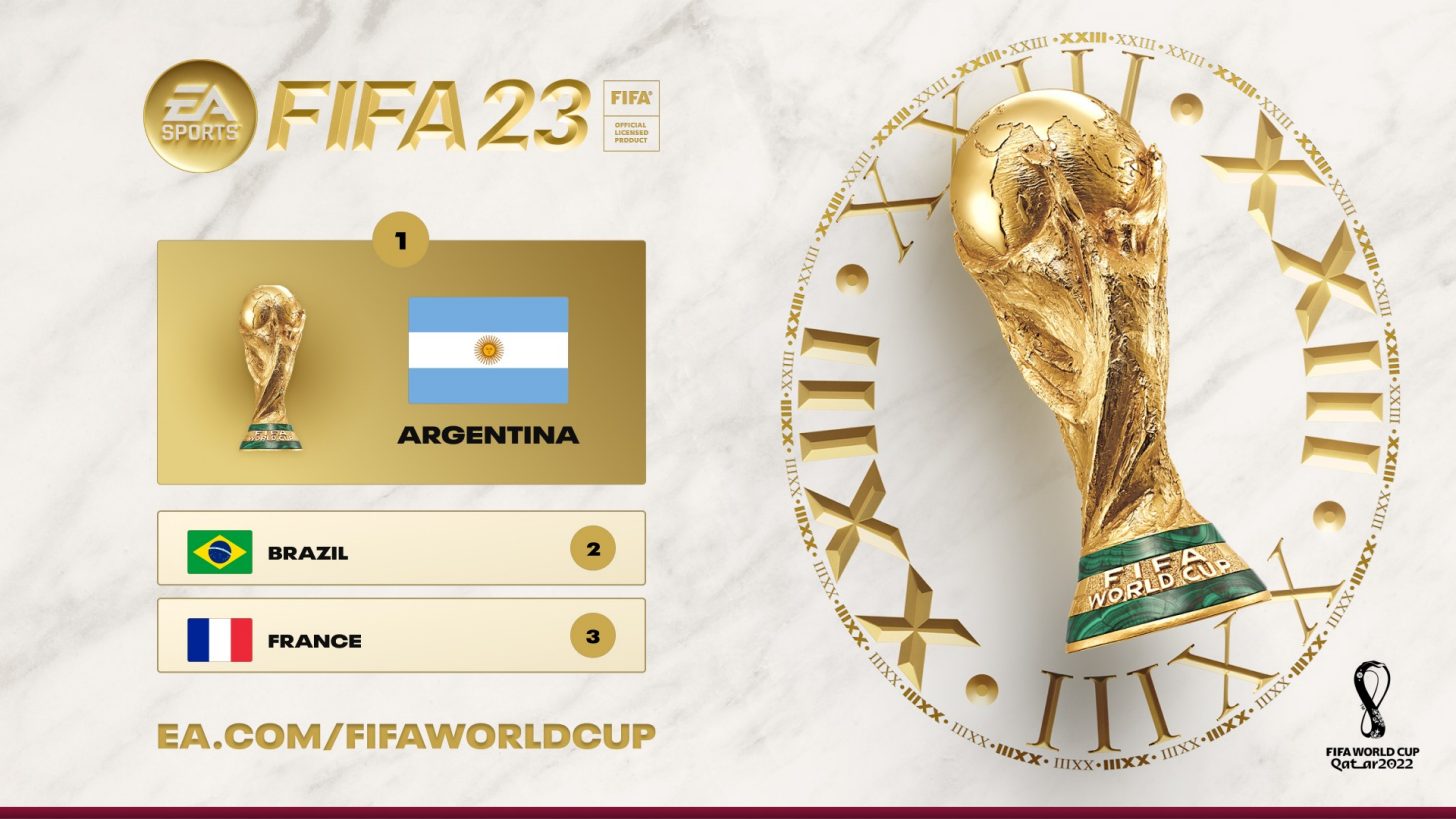 We’re just over a week away from the beginning of the 2022 FIFA World Cup in Qatar. This not only means FIFA 23’s World Cup mode is now available in-game, but EA has also shared its prediction for who will win the real thing.

All three wound up being correct and, after simulating all 64 matches in FIFA 23, EA concludes that 2022’s winner will be… Argentina.

EA’s findings say that Argentina will play against Brazil during the finals, with France (the winner of the previous World Cup) coming in third place. That’d certainly be a dramatic conclusion to the World Cup considering the long-running rivalry between Argentina and Brazil.

The two haven’t competed against each other in a World Cup since 1990 (not counting qualification matches). In that tournament, Argentina defeated Brazil during the knockout stage and made it to the finals, where it lost to Germany.

If EA’s prediction is accurate, this would make 2022 Argentina’s first World Cup win since 1986 and its third win overall.

EA also predicts that Argentina’s Lionel Messi will be the one to score the winning goal and take home the Golden Boot and Golden Ball awards for top goal scorer (eight goals across seven games) and best player, respectively.