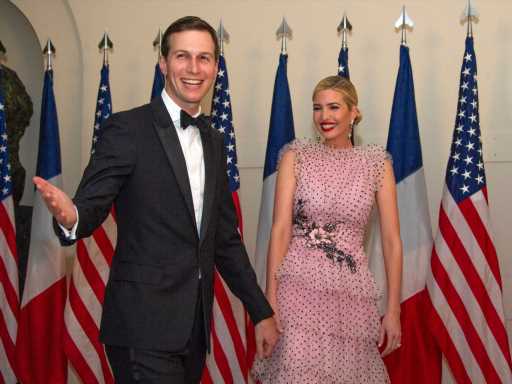 Ivanka Trump and Jared Kushner are making Florida their new home base after they exit from Washington, D.C. life next week, but their new neighbors aren’t exactly rolling out the welcome mat. Indian Creek Country Club, a swanky place for the elite to hang out, isn’t interested in having Ivanka and Jared as members.

Becoming a member of the country club isn’t as easy as you think — residents of Billionaire’s Bunker, where the couple recently bought a $30 million plot of land to build a new home, still have to go through the formal application process. Current members are already pitching a fit before Ivanka and Jared even step foot in their neighborhood or start to fill out the paperwork to apply.

“You have to be nominated and make a formal application. But it only takes one member to object against any new member, and many members are objecting, particularly after the events at the Capitol on Jan. 6,” a local resident told Page Six. “The Indian Creek Country Club members are very picky and the word is that Javanka need not apply.”

Tensions are already running so high after the Capitol riots that “Jared and Ivanka can lunch with their fellow ‘patriots’ at Mar-a-Lago,” said the source referring to President Donald Trump’s club about 90 minutes north of Indian Creek Island.

For Ivanka and Jared, they might not even want to join Indian Creek Country Club because it has a history of discrimination and limiting membership opportunities for Jewish people and people of color. Since the couple practices Orthodox Judaism and their faith is highly important to them, it’s probably not the right club for them to begin with.

Another insider told Page Six that the couple was going to be fine and would have other options and opportunities to join the Miami social scene. With plenty of Republicans calling Florida home, they believe that they will be welcome with open arms to join other country clubs like her dad’s Trump National Doral Golf Club.

For Ivanka and Jared, it’s going to a bumpier transition than they initially planned. Yes, they will be welcomed by some of their Miami neighbors, but Florida isn’t as Trump-friendly as they originally thought.

Before you go, click here to see the biggest and most expensive celebrity homes.