Archie Harrison Mountbatten-Windsor made a sweet appearance during his parents’ tell-all interview with Oprah Winfrey on Sunday night.

Prince Harry and Meghan Markle’s nearly 2-year-old son showed up in home video footage provided by the Duke and Duchess of Sussex.

In the video, Archie plays on the beach with Harry, Meghan and the family dogs, Pula and Guy, presumably near their new home in Southern California. Harry admitted how nice it’s been to be able to go out for walks and bike rides as a family, saying that’s something he’s not used to.

“To have outdoor space where I can go for walks with Archie and we can go for walks as a family and with the dogs, and go for hikes or go down to the beach, which is so close, is just …” he said.

Meghan told Oprah their son is “on a roll” with new words and catchphrases.

“In the past couple of weeks, it has been ‘hydrate’ which is just hysterical,” she said. Harry added that Archie tells people to “drive safe” whenever they leave the house. 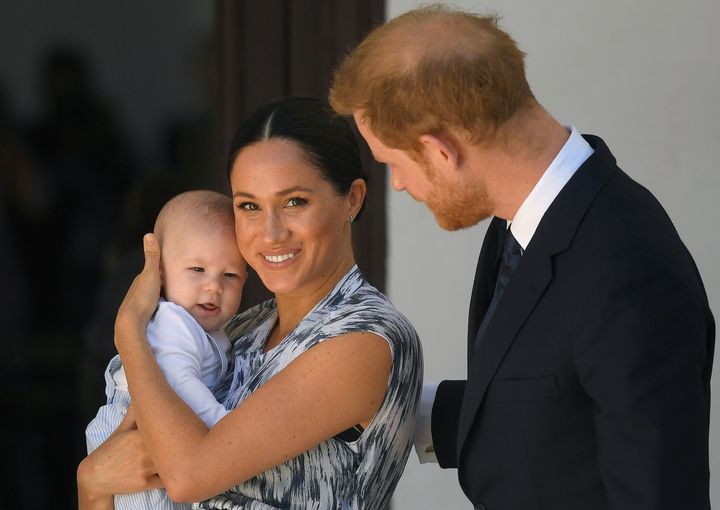 The last time we heard from the little guy was during his parents’ Archewell Audio holiday special on Spotify in December.

Archie, who is seventh in line to the throne, is set to become a big brother this year, as Harry and Meghan are expecting their second child, a baby girl.