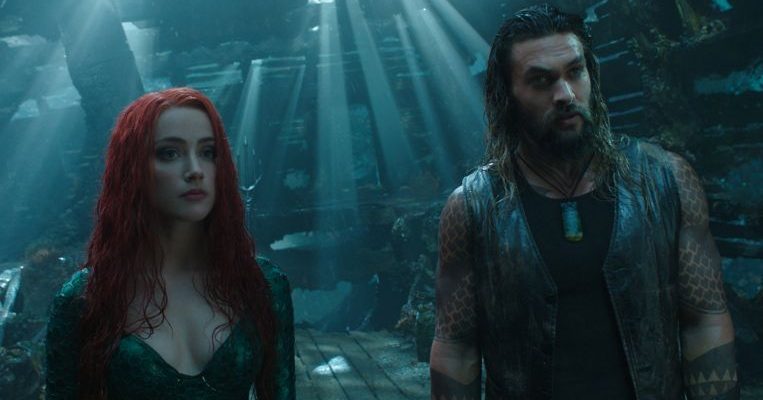 LOS ANGELES • Jason Momoa’s Aquaman is the King of the Seven Seas – and now the box office.

The DC adventure dominated in North America with a splashy US$72 million (S$99 million) debut, including previews.

That is a hefty start during a month that, aside from Star Wars movies, tends to field smaller opening weekends that pick up steam as audiences are off from work and school between Christmas and the new year.

Disney’s Mary Poppins Returns was the de facto choice for moviegoers with young kids, pocketing US$22.2 million over the three-day frame and US$31 million during its first five days of release.

Musicals do not typically see sizeable opening weekends and Disney’s live-action sequel looks to have a healthy life at multiplexes during the holiday stretch.

Emily Blunt and Lin-Manuel Miranda co-star in the follow-up, which earned US$20 million overseas for a worldwide start of US$51 million.

Rob Marshall, who previously teamed with Blunt and Disney on Into The Woods (2014), handled directing duties on the film.

While that is the lowest start for a Transformers title, the sciencefiction prequel directed by Travis Knight has generated some of the best reviews of the franchise and has time to build momentum in the weeks to come.

Bumblebee is the first Transformers movie that Michael Bay did not direct, though he is still on board as a producer.

Hailee Steinfeld and John Cena star in the CGI (computer-generated imagery) spectacle based on the popular toys, which carries a US$100-million price tag, making it much cheaper to produce than the Bay films.

James Wan directed Aquaman, which has already amassed US$410 million overseas for a global total of US$482.8 million.

Imax screens accounted for US$9.9 million of domestic ticket sales. Superhero fans were much more receptive to Aquaman than previous DC titles, branding this entry with an A-CinemaScore.

Aquaman cost a hefty US$200 million to produce and is Warner Bros’ first DC stand-alone adventure since Wonder Woman, which opened last year to a massive US$103 million.

It was good news for spandexed heroes all around as Spider-Man: Into The Spider-Verse stayed in the top five, dropping to fourth place and adding another US$16.3 million to its domestic tally. That takes its stateside haul to US$65 million.

Rounding out the top five is Warner Bros’ The Mule, a Clint Eastwood drama that generated US$9 million during its sophomore frame and US$35 million to date.