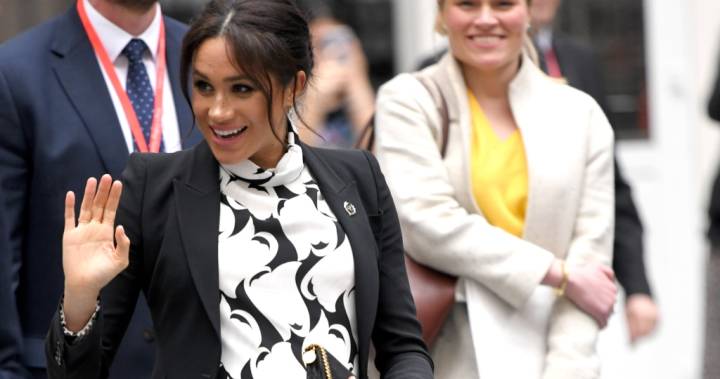 Since joining the Royal Family last May, Meghan Markle and her staff have been the subject of much scrutiny.

In November, Markle’s personal assistant Melissa Touabti was rumoured to have left her post just six months after joining the team. In December, Markle and Prince Harry reportedly accepted the resignation of their shared private secretary, Samantha Cohen.

Now, there are reports that Amy Pickerill, Markle’s closest aide and confidante, will leave her post as the Duchess’s private secretary when she and Prince Harry move to their new residence at Frogmore Cottage in Windsor this month.

The exits have prompted rumours that Markle is a bad boss. But according to royal expert Dickie Arbiter, there are probably other reasons for the turnover.

“I was one of the Queen’s press secretaries with the remit. In addition to answering to her, 90 per cent of my time was [spent] looking after the Prince of Wales and Diana,” said Arbiter, who worked closely with the Queen for 12 years.

“I’d [been on the] job with them for five years. Any longer and I would’ve been burnt out.”

According to Dickie, his role required him to act as a royal spokesman, as well as manage media for ceremonial occasions and all major state events inside Buckingham Palace and Windsor Castle. (In fact, he coordinated the media coverage for the funeral of Princess Diana.)

The intense nature of work for the Royal Family can add up over time, says Arbiter. Several of Markle and Prince Harry’s staff have been working with the Royal Family for several years — in some cases, decades, so the exits may just be a natural progression.

“By outward appearances, it has been a bit of a ‘revolving door,’ [but] it just so happens with the Cambridge and Sussex households [that] employees started around the same time,” said Arbiter.

Even longer, Rebecca Priestley resigned from her post as Kate Middleton’s private secretary in 2017 after 10 years of service to the Royal Family. Cohen — whose role with Markle and Prince Harry was reportedly always meant to be temporary — worked in Buckingham Palace for more than 15 years prior to joining the Sussex household.

Then there’s Amy Pickerill. According to Harper’s Bazaar, a source said she “originally planned on staying until at least the end of the year, but with the [royal] baby coming it makes sense to help recruit someone now who can pick up when the Duchess returns to her official work.”

Pickerill can be spotted next to Markle at most of her public outings, which provides some insight into just how grueling her days can be, and she could be responsible for everything from acting as Markle’s adviser, organizing her private meetings and public appearances, to ensuring the personal needs of the Duchess are met, said Arbiter.

The job of private secretary — as with many roles that support the Royal Family — can leave very little time for a personal life.

There is no ‘normal’ when it comes to hiring personal aides for the Royal Family, added Arbiter. It depends on the needs of each household, as well as budget.

“A lot depends on work structure. The Queen has three, [and] all overlap so as to provide 24-hour cover,” Arbiter told Global News. “Further down the line there are less staff, but each household employs by choice. There is no hard and fast rule as to how many employees [each household can hire].”

Arbiter says another factor at play could be money. “We work to earn good money and the private sector is a lot more lucrative.”

The rumours about the way Markle treats her staff have emerged alongside intense harassment on social media.

Markle is due to give birth at the end of April or the beginning of May. In preparation for the baby, she and Prince Harry are reportedly moving to their new residence at Frogmore Cottage in the next two weeks.