Before the hacking of Sony Pictures and the Democratic National Committee, before the News of the World tabloid broke into voice-mail messages and before the first WikiLeak, there was Anthony Pellicano.

Mr. Pellicano was a private investigator in Hollywood, a man who drove around town with a baseball bat in his trunk and who was very good at uncovering people’s secrets. He ran a vast surveillance operation out of his office with a sprawling network of wiretaps. If you needed an unpleasant issue to go away, or a nasty tidbit to improve your standing in a divorce or business dispute, he was the go-to guy.

He wiretapped the actors Sylvester Stallone and Keith Carradine, and did work on behalf of Chris Rock and Courtney Love, among many others. He conducted an illegal criminal background check on Garry Shandling, threatened a journalist, and, according to testimony at his trial, even offered to have a producer murdered, his body buried in the desert. He has been behind bars since 2003.

On Friday, the private eye who intimately knew Hollywood’s underbelly — and, some would say, was its leading man — will walk out of a Los Angeles federal prison at the end of his sentence and be free for the first time in more than 15 years.

Though it has been a long time since Hollywood last heard much from the man who heard its private conversations, he is hardly forgotten, and some of those he investigated were dreading this day.

“It’s certainly not comforting,” said Jude Green, who testified that Mr. Pellicano threatened her during her divorce. “I’m looking for peace and harmony — I’ve had enough excitement.”

Friends and former employers have not forgotten him, either. Some have contributed to a trust fund worth “in the tens of thousands” to help Mr. Pellicano get by, according to a person familiar with the fund who declined to be identified because it was a private effort. Requests for an interview with Mr. Pellicano, placed through a lawyer, went unanswered.

Mr. Pellicano, who turned 75 on Friday, was originally known as an audio expert from Chicago. He was used as an expert witness by prosecutors and hired by The New York Times in 1979 to determine if the voice on a recording belonged to the former Shah of Iran. 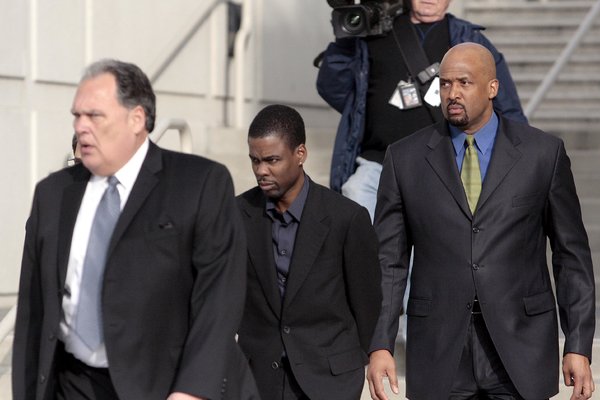 By the 1990s, he had set up shop as a private investigator in Los Angeles who wouldn’t open a case without a $25,000 retainer and could charge clients hundreds of thousands of dollars. A former employee testified that in his offices on Sunset Boulevard, a Los Angeles cop on the take would swing by to pick up stacks of hundred dollar bills, and a half-dozen iMacs sat recording phone calls in his “war room.” As recently as last year, he teased in an interview with the The Hollywood Reporter that he might — just might — have mafia connections.

“If you tried to connect me to organized crime, you probably could get close — but no cigar,” he said.

In 2002, his career began to unravel spectacularly. A reporter named Anita Busch, who had written for The New York Times and The Los Angeles Times, had recently published articles about the waning career of Michael Ovitz, one of the founders of the Creative Artists Agency and a former president of the Walt Disney Company. That summer, she found what appeared to be a bullet hole in her windshield, along with a dead fish and a rose on a tin tray on the hood of her car. A note was taped to her car that said, “Stop.”

She later sued Mr. Ovitz for hiring Mr. Pellicano. According to court documents, she said that her phone had been tapped, her computer hacked and her hard drive erased. She said that two men in a Mercedes tried to run her over and that she had been warned that someone planned to blow up her car. Mr. Ovitz planned to argue that the fish was Steven Seagal’s fault — Busch had been reporting about Mr. Seagal as well — though the F.B.I. found no persuasive evidence that the actor was involved, according to The Hollywood Reporter.

She and Mr. Ovitz settled out of court. He did not respond to a request for comment.

While investigating the threat against Ms. Busch, the authorities found grenades and C-4 explosives in a safe in Mr. Pellicano’s office. He was sentenced to 30 months on weapons charges. In 2008, he was convicted again, this time on more than 70 charges including racketeering, wire fraud and wiretapping, and he has been in prison until this day.

Ms. Green said that Mr. Pellicano cornered her outside a Santa Monica dog groomer where she had taken her Shih Tzu for a haircut. He blocked her car and got in her face, then followed her to a Peet’s Coffee, where he boxed her in again and then shoved her inside the store. She said that she yelled to make a scene and fled.

Mr. Pellicano often represented himself in various cases, preferring to refer to himself in the third person. This sometimes created a difficult situation for witnesses and a variety of odd scenes.

Neville Johnson represented the plaintiffs in several lawsuits against Mr. Pellicano and other organizations, including the Los Angeles and Beverly Hills police departments, where Mr. Pellicano had officers feeding him confidential information.

Mr. Johnson recalled that during a deposition at a federal prison in Big Spring, Tex., Mr. Pellicano would say things like “I hereby instruct myself not to answer.”

That deposition got off to an inauspicious beginning. As Mr. Pellicano sat in the prison cafeteria in his jailhouse uniform, the court reporter instructed him to raise his right hand and asked if he swore to tell the truth.

In addition to his other recordings, Mr. Pellicano was fond of taping his own phone calls — including incriminating ones — and many of those were recovered by investigators. But the F.B.I. suspected there were even more recordings, because on the tapes they did find, Mr. Pellicano spoke about storing some audio files outside his office.

Or so said an F.B.I. agent, Jonathan Mosser, when he was cross-examined by Mr. Pellicano at his trial:

Mr. Pellicano: Who was the person that told you that Mr. Pellicano took audio files and stored them off site?

Mr. Mosser: In the audio recordings.

Those tapes were never recovered.

Mr. Pellicano very likely could have faced less time in prison if he had cooperated with the authorities, but he never talked. In his interview last year with The Hollywood Reporter, he discussed “omerta,” the Mafia code of silence, and the value of keeping secrets. Among them, he said, were Michael Jackson’s. Mr. Pellicano worked for Mr. Jackson in the 1990s but said he quit when he learned what The Hollywood Reporter described as “truths even darker than those alleged in Jackson’s molestation scandal.” The Jackson family and estate have denied all allegations of sexual misconduct against him.

Mr. Pellicano will emerge into a world of technology and surveillance vastly different from the one he left behind. With the landscape so changed, and his private investigator license revoked, it is not clear how he will make money now. Lawyers who sued Mr. Pellicano usually gave up because he had no money to pay any judgments.

He will, however, emerge with his secrets, and whatever value they possess. In a Newsweek interview in 2011, he claimed that he had offers to publish an autobiography, but that he could not write it because the clamor of prison was too distracting.

Bert Fields, a prominent entertainment lawyer in Los Angeles who had worked with Mr. Pellicano over many years, recalled him as doing “superb work.” (Mr. Fields was investigated in connection with Mr. Pellicano’s activities but said he had not used any wiretaps in any of his cases, and he was not charged.)

“He served his time and paid his dues, and I felt it was appropriate to make a contribution,” he said. “It had absolutely nothing with trying to keep him quiet or anything like that, and if anyone were to say that, I would probably sue them.”