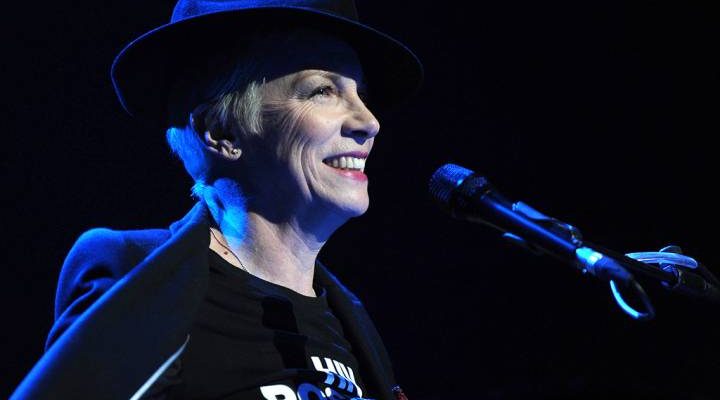 “Requiem for a Private War” was released in conjunction with the soundtrack for the Matthew Heineman-directed biopic, A Private War, based on the life of war journalist Marie Colvin.

Lennox, 63, was asked to write a song about Colvin because of their histories as strong public feminist figures. The two had also met before.

“It’s an honour to be a part of this project,” Lennox said in the short behind the scenes clip.

This is Lennox’s first original song in more than eight years, the last being Universal Child which came from her fifth studio album, A Christmas Cornucopia (2010).

“We were invited to see the almost-finished viewing of the film and it was extremely powerful,” Lennox said.

“I’d been asked to write a song,” she said. “But what really drew me was Marie.”

In an interview with Entertainment Weekly, she reflected on meeting Colvin before she passed in 2012 — the film is based on this event, where the foreign correspondent was tragically killed in Syria.

Annie Lennox OBE attends the Glasgow Caledonian University where she was being installed as the new Chancellor on July 2, 2018 in Glasgow, Scotland.

“I can’t say I was a friend, but the tragedy is if Marie hadn’t been killed, I definitely feel I would have seen much more of her,” Lennox revealed.

“I don’t want to be in any way sentimental about any of this, but if Marie were here, I feel that she would feel that this was worthy of her,” she concluded.

A Private War received an influx of positive reviews following its release last month. Colvin is portrayed by Academy Award nominee Rosamund Pike in the film adaptation of her life and career.

Annie Lennox of Eurythmics at The Pantages Theater in Hollywood, Calif. on Aug 29, 1989.

A Private War was released on Nov. 2. Tickets and showtimes are available on the film’s official website.

As of this writing, Lennox has no plans to tour or record any more music.